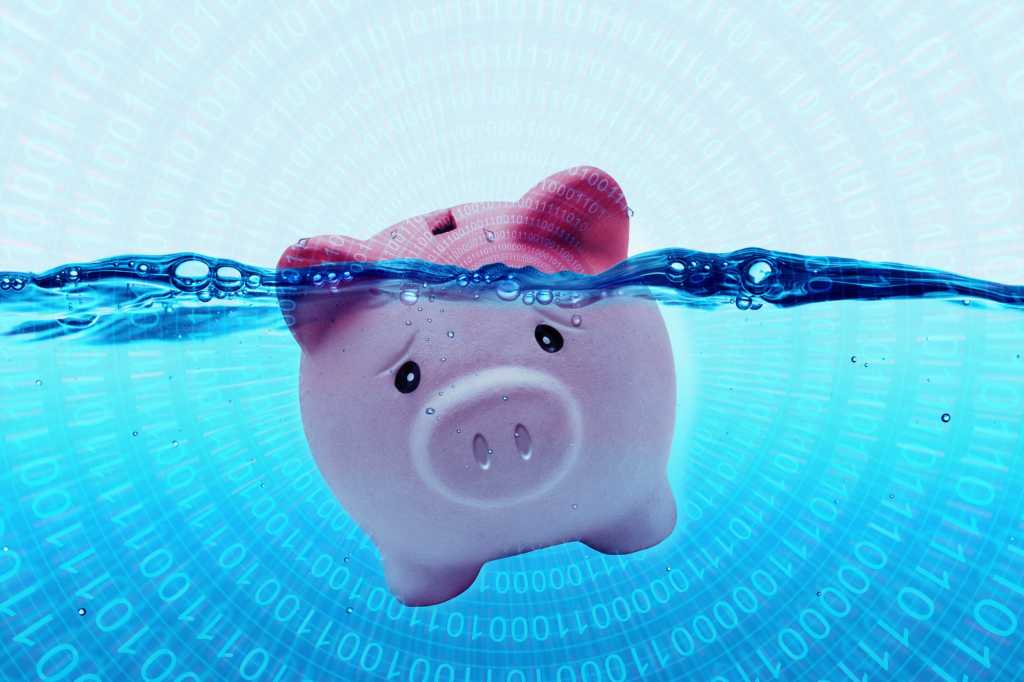 As an organization committed to addressing the opportunity divide and closing the talent gap, Year Up is all about building pathways and making connections. When the pandemic hit and candidates and potential employers were unable to meet in person, Year Up’s IT organization scrambled to replicate training, enrollment, and matching processes in a virtual world to keep its talent match-making business going.

The effort was successful in spite of technical debt, which piled up over the years, bogging down development and adding complexity and time to the transition. “We were able to be nimble, but not as nimble as we could have been,” admits Gary Flowers, Year Up’s CIO. “When you have technical debt and you continue to pile on technical debt, you lessen your ability to adjust to unknowns quickly.”

Year Up’s pandemic experience highlighted many companies’ struggle to be agile when saddled with technical debt during a period when moving quickly can make or break the business. The issue of technical debt is certainly not new, but the problem was exacerbated after two years of fast-tracking digital initiatives to facilitate remote work and deliver virtual customer experiences when mainstream business practices were upended due to pandemic shutdowns.

For example, Software AG’s 2022 Situation report found that 78% of companies said they took on more technical debt over the past year; more than half (56%) said they accepted the burden of technical debt because they were required to act quickly. Only 58% say they have a formal strategy for managing technical debt, the survey found.

The inability to appropriately address technical debt comes with a hefty cost. According to a report by OutSystems, businesses devote more than a quarter (28%) of IT budgets to addressing technical debt compared to about a third (33%) channeling resources to innovating and building new capabilities. The problem is even more acute at large shops where roughly 40% of the enterprise IT budget is earmarked for technical debt–related spend. A drain on staff and financial resources, tech debt significantly limits companies’ capacity to innovate — a trend cited by 69% of respondents to the OutSystems survey, ultimately becoming a drag on performance (cited by 60%).

The pandemic experience provided a wake-up call for many companies, Year Up included, to take action to get technical debt under control. Year Up took a hard look at its governance and budgeting processes surrounding new technology projects and has been working to promote IT and line of business alignment far earlier in the process. The 2022 State of the CIO, which surveyed 985 IT leaders and 250 line of business (LOB) participants, confirmed a similar shift among respondents who focused this year on governance and foundational activities typically associated with getting a technology house in order.

Eighty-five percent of IT leaders responding to the 2022 State of the CIO research characterized time spent in their current role as transformational activities — most significantly, modernizing infrastructure and applications (40%) followed by aligning IT initiatives with business goals (38%) and cultivating the IT/business partnership (30%). This year’s State of the CIO respondents also concentrated efforts on increasing operational efficiency, cited by 46% of IT leaders compared to only 34% in the prior year’s survey. Transformation of existing business processes, including automation and integration, was a top imperative for 41% of respondents.

Clean up on IT’s Aisle 1

Year Up’s Flowers came onboard one year into the pandemic and quickly got to work advancing digital innovation while clearing out some of the technical debt that was holding the company back. The biggest culprit was its Salesforce CRM platform, hardcoded for a specific six-months training plus six-months internship placement pathway that wasn’t reasonable during and after the pandemic, which prevented the team from exploring more flexible options.

“The six-plus-six model was a cornerstone, and resolving that technical debt was huge,” Flowers says. “Once we architected it correctly, the business could come to us and say we want to try a one-plus-three or a three-plus-three month model” or whatever adjustment would work better for candidates and potential employers.

Flowers also targeted candidate enrollment and job matching processes for modernization. These systems weren’t standardized prior to the pandemic, creating shadow IT systems built on Salesforce, Excel, even Box notes without any centralized picture of how the organization made matching decisions.

“People were going to five places for one answer versus when we cleaned it up, we had centralized processes across the organization that decreased the time it took to enroll a young adult and allowed us to have consolidated checkpoints,” he explains. “We came out of the pandemic in a night-and-day place.”

At Monical Pizza, a pre-pandemic effort to address technical debt — in this case, moving the 63 Monical Pizza locations to an off-the-shelf web ordering system and adopting remote control software — positioned it to respond to pandemic-era requirements like curbside delivery and remote work for office employees, according to Douglas Davis, information systems coordinator for the Midwest pizza chain.

Going forward, Monical Pizza is reevaluating many of the processes put in place during the pandemic — remote work, for example — to determine whether they have legs in this post-pandemic era. It’s also trying to get back on track with digital initiatives that went on hold, including a mobile ordering app designed with an entirely new, more accessible look and feel. “We’re coming out of the pandemic excited about making it through in a strong way and now just trying to set a roadmap for our digital future,” Davis says.

The City of Phoenix, which over the course of the pandemic fast-tracked IT initiatives to accommodate remote work and deliver virtual public meeting capabilities and other general services to constituents, is now reevaluating those initiatives that make sense from a technical debt perspective, says Steen Hambric, CIO for the city’s Information Technology Services group.

For example, the city’s mobile app, designed to enable resident to pay bills, turn on water services, or report homeless encampments, among other capabilities, was rolled out quickly to address short-term needs, but is now being refined.

“The app went in fast, but it probably could have used more planning,” Hambric says. “The front-end looks nice, but the back-end integration piece required for interfacing with back-office systems such as CRM or other work-order applications needed refinement. Most of our technical debt is aligned with that project.”

Similarly, a Webex initiative to accommodate virtual public forums was also retooled after a quick rollout to solve immediate needs during the pandemic. The Webex capability ran into performance problems, which were addressed with the addition of a dedicated circuit to Cisco along with video mesh capabilities.

“Time to market isn’t always the right goal at the expense of quality or usability,” he explains. “We had to get the [videoconferencing] capabilities out there to support public meetings, but we would have caught the issues if we had more time to engineer an end-to-end solution.”

As organizations begin to take stock of pandemic-era initiatives, there are a variety of ways they are confronting their current and future technical debt burdens. Oshkosh Corp., for instance, takes a parallel track to technology initiatives, continuously monitoring technical debt while also pursuing innovation.

“One of IT’s roles is to ensure operational and security risks are managed while the second role is to add value — we give them equal importance on a parallel track as opposed to a sequential track,” says Anupam Khare, Oshkosh’s global CIO and digital officer.

The United State Patent & Trademark Office (USPTO) had just completed a $40 million stabilization effort to modernize networks, applications, and infrastructure right before pandemic shutdowns so its IT foundation was solid, despite having to make some adjustments, notes Jamie Holcombe, USPTO CIO. The IT organization’s shift away from orchestrating IT initiatives through a program management office to a product development approach has been central to its strategy to minimize technical debt. The move gives business users more responsibility and accountability for technology outcomes, which gives everyone a stake in the game.

“Whereas security and stability were always an IT problem, now it’s everyone’s problem,” Holcombe says, citing the way the team addressed the recent Log4j vulnerability in under 12 hours as an example of how better IT/business alignment can help close the gaps. “If the business doesn’t appreciate the need to upgrade to be secure and to stabilize than we’re fighting a losing battle,” he contends.

Agile development practices, organized governance processes, and metrics are also critical tools to keeping technical debt in check. There are some areas peripheral to the business where you can afford to absorb technical debt, while in other cases it poses too much risk to the business, says Year Up’s Flowers. “It’s all about managing it and understanding it,” he says.

Chenmed, which operates primary care centers for seniors, is currently in the process of sifting through its COVID-19-era technology project portfolio to determine what stays, what goes, and what needs to be revamped, according to CTO and Chief Product Officer Steven May.

While most of the employee experience and collaboration capabilities hit the mark, there were tradeoffs made to accommodate the accelerated delivery schedules that are now being redesigned or finetuned. The homegrown telehealth platform is also being modified as the video capability was determined not to be sufficient for scale or long-term patient and doctor satisfaction, May says. The IT organization is refactoring and re-platforming parts of the telehealth capabilities to take a more modern microservices approach to ensure future flexibility.

“We built things that were strategically tightly-coupled and not done in a modern, flexible way, which limited how we could extend features and functions,” May explains. “Now we’re going to back and readjusting, applying our normal architecture practices and standards.”

May’s IT organization is also deprioritizing projects to stay abreast of technical debt — a vaccine tracking system for employees is one example of a system now under consideration for retirement. ChenMed is devoting 15% to 20% of its IT capacity and resources to managing technical debt, including establishing KPIs to track its progress.

Since technical debt will never be fully eradicated, May advocates for a disciplined approach that integrates governance directly into IT processes.

“We weren’t able to do as much through COVID because of the velocity of the ask, but now we’ve carved out a certain percentage of our time to bake technical debt governance in the process,” he explains. “You have to keep focus on technical debt because it only gets worse … and at some point, it gets in the way of velocity of business.”