The Razor’s Edge
Welcome to The Razor’s Edge, a podcast series that examines “IT Services for the New Way to Work,” brought to you by CIO.com in partnership with HP, Inc. In this series, technology experts will provide you with unique insights into the challenges associated with digital transformation and how innovative, cloud-based services, solutions, and software can help you plan and prepare for what lies ahead. 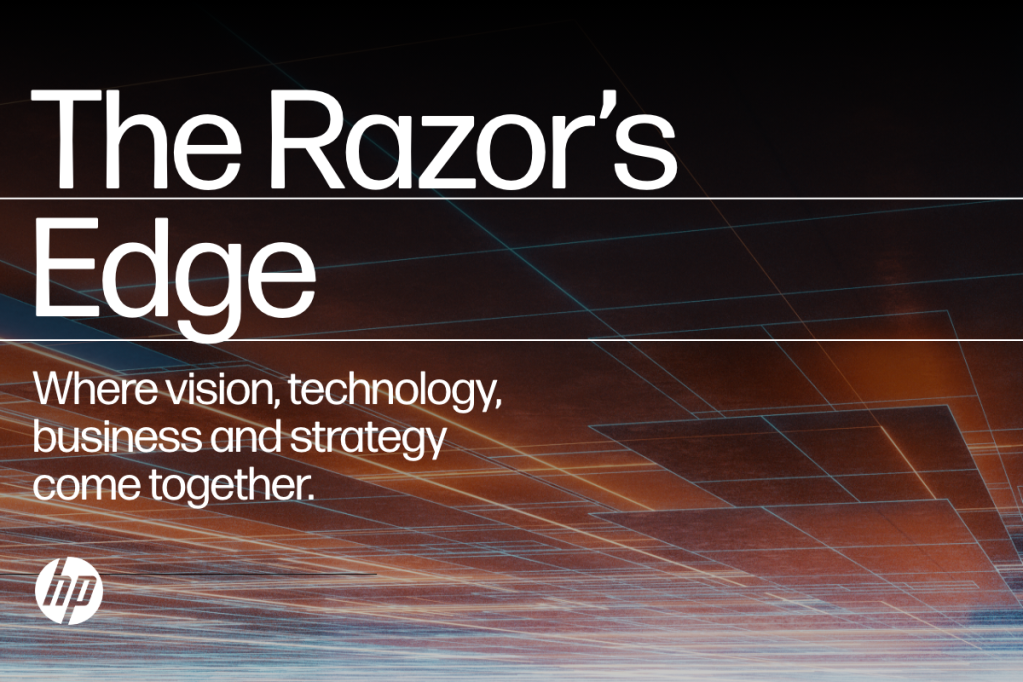 The Razor’s Edge is a podcast series that examines “IT Services for the New Way to Work,” produced by CIO.com in partnership with HP Inc.

In this series, technology experts provide unique insights into the challenges associated with digital transformation and discuss how innovative, cloud-based services, solutions, and software can help you plan and prepare for what lies ahead.

In Episode 2, the group discussed “The Great Resignation” and how it’s affecting almost all (if not all) industries. As Leif noted, it’s a phenomenon “that has been affecting everyone and appeared to start showing itself about halfway through the pandemic, when people had the ability to return to work.”

Bruce kicked things off with an operational definition of the great resignation.

“It’s an informal name given to the widespread trend of employees changing work, shifting works, and leaving jobs early primarily during the COVID-19 pandemic,” he said. “However, it’s important to understand that the seeds for this transition were laid far in advance of the pandemic. Historians are going to be discussing this for years after the pandemic is over. It accentuated what used to be called the work/life balance.”

Interestingly, because everybody was now working out of their home for an extended period of time, there was an expectation that people wouldn’t be as productive, Bruce said.

Leif noted that the current situation is something that previous generations didn’t often experience because there wasn’t a lot of working from home. He noted that he’s been working at home in some capacity since 2005. If told he had to go back to the office every day, “I would be looking for a new job.”

The group then addressed the issues of trust that arose during the lockdowns that took place in the early stages of the pandemic. Jeff cited the hospitality and restaurant sectors.

“Those are the areas where trust was broken because folks had to shut down or reduce hours,” he said. “And workers said, ‘Hey, I’ve been taking care of you for years. Suddenly things get rough, and then you turn your back on me. I’m going to go, switch industries, look at a different situation.’”

A spur for entrepreneurial activity?

The Great Resignation has also offered people the opportunity to start their own businesses. As Bruce observed, “Wouldn’t it be interesting if The Great Resignation actually became an incubator for a lot of entrepreneurial activity in our economy right now? And it does appear that that is, in fact, occurring.”

Bruce noted that one consequence of the pandemic is that “transparency by employers has become table stakes.”

“It’s extraordinarily important that your employees understand what your plans for them are, how valued they are, because all the information out there suggests that when you lose that confidence, that’s when you commence the job search,” he said.

What about the emotional toll that being furloughed takes on people?

“They’re not likely to be interested in returning to their previous position,” said Bruce. “If the position wasn’t important enough to sustain a downturn in business, from an emotional standpoint that’s a lot to deal with.”

What it takes to attract talent

The group then moved on to a discussion of what steps companies need to take to attract new employees and get them to stay for the long term. At the top of the list: the ability to work from home. Also important: the right devices to get the job done.

As for what employees want, “they’re now looking at the culture, the IT footprint, and can they give me the tools that I need to be able to effectively be productive at home?” said Bruce. “And do I have the flexibility to work on it when I want to and let my manager learn how to manage my output as opposed to manage me? I think we’re seeing a not-so-subtle shift in all of those areas.”

Cody added that the terms have essentially been reversed. “The employee wants loyalty from the company now,” he said. “And that means things like tuition reimbursement, flexibility, and better IT tools and processes to make life easier.”

The episode wrapped up with a spirited discussion of “very fluid mobility and the job market,” the surging “gig economy,” and the impact of total compensations versus pay. Jeff had the final words: “The key here is that employers have to think about how they are authentic and respect their employees to stay out of the wake of the current resignation.”

In closing, Leif previewed the next episode of The Razor’s Edge, which will cover the topic of BYOD and CYOD in the workplace and whether it’s feasible for companies to attempt it.

Have a question for Leif and the guys? You can reach them here: therazorsedge@hp.com.

Ready for a deeper dive? Meet with an HP Services expert.

Listen to all The Razor's Edge episodes