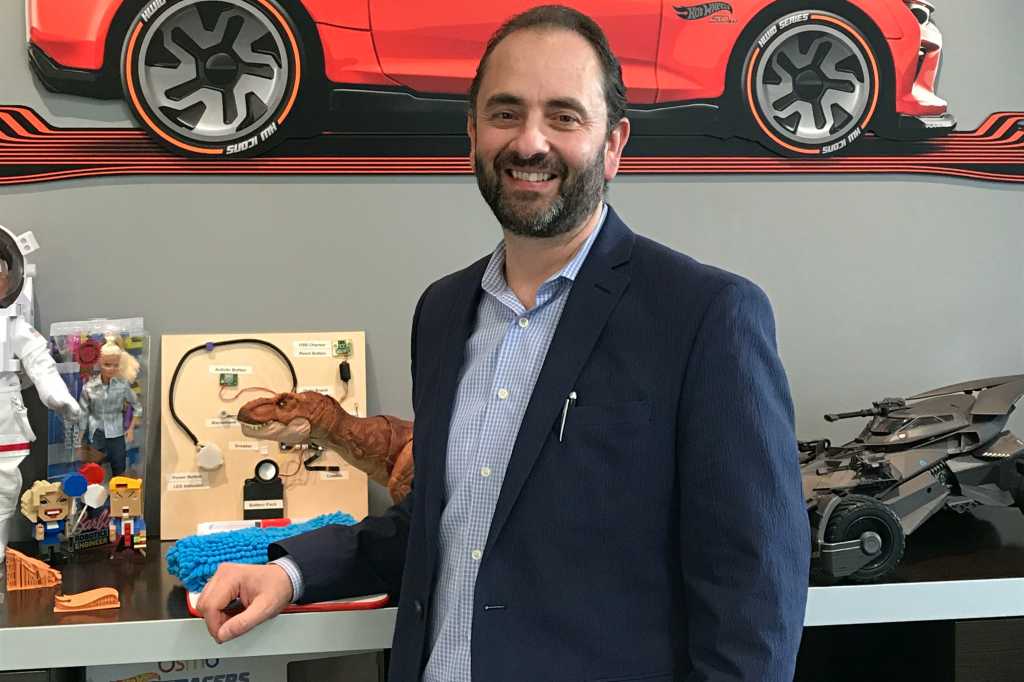 These are just a handful of unique offerings in Mattel’s latest product line — but you won’t find them in retail stores. They are part of the Creations portfolio of collectibles launched online by the massive toy retailer in August 2020 to enrich customer engagement, deepen customer loyalty, and open up new intellectual property (IP) and revenue sources for the company.

The pandemic provided the spark for the new business endeavor, which Mattel EVP and CTO Sven Gerjets describes as an internal startup-like initiative comprised of the company’s technology organization, brands division, and marketing group.

“It started during COVID,” Gerjets says. “We were in a world of working from home and we wanted to expand out digital offerings with everyone in this kind of new world of living, which we didn’t know how long we were going to be in.”

In essence, he says, Creations was Mattel’s answer to a question companies continue to ponder even as the pandemic wanes: How do you grow, scale, and meet your customers where they are?

“We knew we had to create a new digital channel that engaged our collectors and created new product offerings and elevated experiences,” says Gerjets, who emphasized that Creations, which has earned Mattel a CIO 100 Award for IT innovation and leadership, wasn’t his sole brainchild or an independent spinoff from the parent company.

“Everything we do is tightly coupled between technology and business,” the CTO says of the company culture. “That’s the way we focus on transformation, whether it’s transforming something that is customer-facing or transforming internal capabilities.”

Direct-to-consumer product lines, like American Girl, have become a key pillar of Mattel’s business, and serving consumers directly requires a significant technology investment by Mattel, which has been migrating its operations to Google Cloud Platform (GCP) and Google Analytics for more than five years.

To pull off Creations, Gerjets and his IT team had to “pivot” to Shopify’s online retail platform, second in size to Amazon, and implement a consumer data platform (CDP) from BlueConic, Gerjets says. Doing so put Mattel in a better position to focus on a specific consumer segment: collectors of Mattel’s classic physical products, such as Hot Wheels and Barbies, as well as its many IP-based offerings, the CTO says.

“Creations started as the core platform to do new collaborative types of experiences — something we didn’t have [before the pandemic],” Gerjets says, pointing to a wide range of online collaborations with popular artists and designers who put a unique spin on Mattel’s mega-brand products, including a Hot Wheels, Gucci Edition; a $500 Batmobile; and a Master’s of the Universe Gorka necklace made in concert with artist Christopher Wright.

The new platform provided Mattel collectors with a unique online experience at a time when retail outlets were struggling to recover from pandemic shutdowns. More importantly for Mattel, Creations’ success would provide the impetus for re-platforming much of the toy company’s online retail business.

“Once we launched this new environment for collectors, we focused on consolidating our collector experiences into one platform,” Gerjets says.

For example, Creations now includes Mattel’s Red Line Club, an exclusive Hot Wheels collector community that has “thousands of members paying for the experience,” he says, noting the importance of finding and selecting the right CDP to engage customers in new ways and to strengthen the company’s loyalty clubs.

Behind the scenes, Mattel’s data migration to GCP, which began when Gerjets first joined the company roughly five years ago, fuels the Creations platform. In addition to its cloud rollout, Mattel’s IT team partnered with Shopify for its multi-tenant e-commerce engine, which helped Creations scale quickly during the pandemic.

“It had to have scale and a multi-tenant platform because when we would do these limited edition drops, many thousands [of products] would sell out in minutes,” says the CTO, adding that Shopify also enabled Mattel to build customized capabilities such as content management into its Creations platform.

It took about 18 months to move Mattel’s top product lines to Shopify, which has since been extended to include forums for each of its brands. Gerjets and his team also tied in Klaviyo for sales campaign management and to bolster capabilities for loyalty-driven business lines such as American Girl. Mattel also adopted DevOps platform Netlify to integrate with its business partners, the CTO says.

Deploying BlueConic’s CDP on top of Mattel’s GCP environment enables the toy maker to aggregate marketing data and analytics on a single data hub, Gerjets says. For instance, by coupling BlueConic with digital experience platform Optimizely on GCP, Mattel can now experiment in real-time with its loyalty clubs, learn from the outcomes, and evolve quickly to drive more business.

“This Mattel Creations store happened to be the place where we were able to start from scratch, and leave the past in the past, but it created the platform for us to continue to scale the company,” Gerjets says. “It really has become that core hub to transform our direct-to-consumer business for the entire company.”

“Investing in the Creations collaborative platform has allowed the company to present limited-edition, collectible items catering to the high-value collector/enthusiast shopper base, both to current loyalists and to attract new shoppers,” Unni says. “This has the potential of opening up new intellectual property and revenue sources for the company. It also allows them to appeal to the latest cultural zeitgeist by collaborating with new designers, as well as other brands and pop culture influencers.”

Mattel recently launched its direct-to-consumer business in Europe and will continue to innovate in omnichannel marketing and with other planned offerings such as NFTs — tokens that represent Mattel collectibles such as Hot Wheels cars digitally.

But whatever the innovation, Mattel’s CTO will ensure the technology organization is engaged with the company’s brands and marketing groups to deliver a unified experience across the enterprise.

“Technology may be the vehicle, but we need everybody in the car to drive business value and evolve and propel the entire company forward,” Gerjets says.