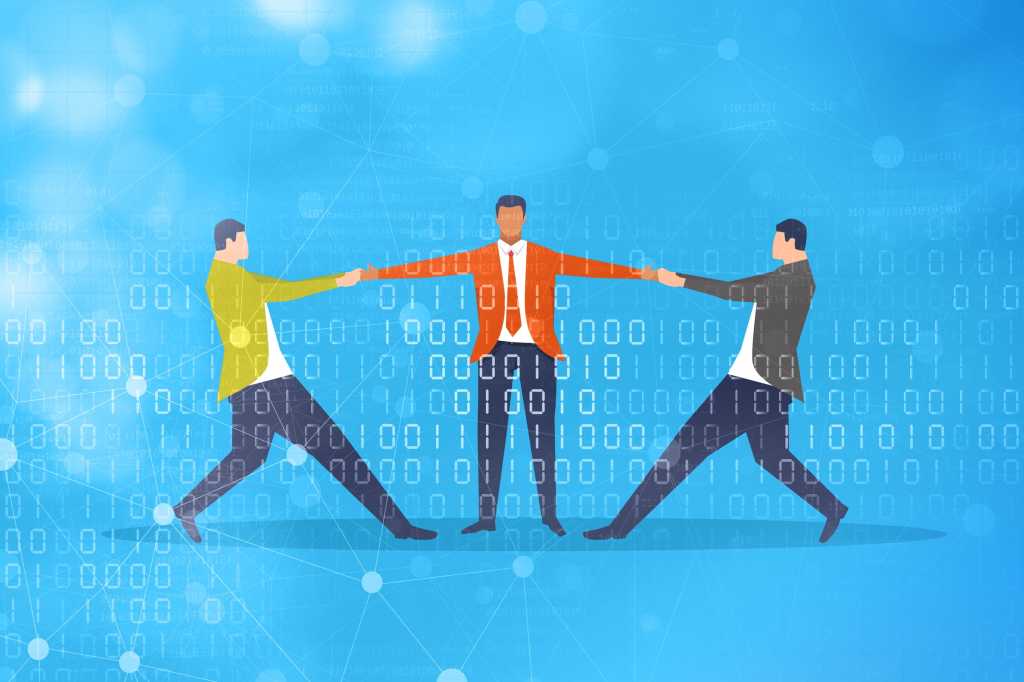 Conrad Akunga, a director and founder at Kenya-based software company Innova Limited, is feeling the impact of multinationals like Google and Microsoft siphoning the best tech minds Kenya has to offer since he has already lost some of his engineers to “various players,” he says.

But speaking in a recent online forum, he doesn’t dispute that the presence of big players is generally a good thing to stimulate the Kenyan economy and encourage talent development.

“I think more should come—Netflix, Facebook, Tinder, even Only Fans,” Akunga said. Part of the benefit is having more local talent working in international companies and building their skills that will benefit the ecosystem through mentorship. Then some who work in these multinationals can soon rejoin local firms and grow local technology solutions[VM1] .

At the moment, however, the ecosystem is sharply feeling the pinch of shifting talent, illustrating the range of opportunities to train world-class professionals to get up to speed and replace poached talent. But this takes time.

“You need 12 to 14 months to upskill developer talent,” Akunga said, explaining what companies like his need to do to fill in the gaps. “Our average retention was about four to four and a half years, which is fantastic. You’re lucky if you can get two years, so we are like double the average.”

But he stresses that while talent wars aren’t a new phenomenon, the actors have changed. Before Microsoft, KPMG, Deloitte and telecom companies were the great employers of ICT and engineering talent. The concern today is more about the small developer market.

“It’s good news that Microsoft began a new office in Nairobi, and there are plenty of other opportunities for Microsoft, Google and many IT companies in Kenya and Africa at large,” said Amit Saxena, CIO at East Africa-based print and packaging firm Ramco Plexus.

For Saxena though, there have to be long-term plans to fulfil the talent pipeline for the Kenyan market, even with the help of these new development centres.

Microsoft Africa Development Center has already onboarded 450 employees in Nairobi, including software engineers, while the newly established Google’s Africa Product Development Centre is seeking to recruit up to 100 employees from the onset.

Yet local tech talent has also found its way to off-continent companies that don’t have a substantial presence in Kenya, further stretching resources. According to a recent Google report, Africa Developer Ecosystem 2021, most of the African talent in the continent is hired by start-ups, yet many work for companies based outside the continent.

“Higher demand for remote development work also led to increased opportunities; 38% of African developers work for at least one company based outside of the continent,” the report said, denoting the pressure on the ecosystem.

One way they’ve been able to establish a quick, firm foothold is due to strong broadband infrastructure and a mature telecom sector. Moreover, government efforts to attract multinationals to Nairobi are paying dividends.

Eunice Kariuki, a former director of partnerships, innovation and capacity at the Kenyan government institution ICT Authority, has spent most of her career marketing Kenya as an ICT destination.

Part of her aim is to attract multinationals, have the local tech ecosystem benefit from their immense experience, and, in turn, give talent and insight to the local scene.

“We can tap into them and grow our capacities and skills to learn and eventually grow our own companies with a dream that some of those companies, together with the multinationals, would set up in Kenya and we have seen they have finally come,” she said.

Simply put, to grow such an ecosystem, more investment in training is needed, she says.

Caleb Ndaka who leads KidsCompCamp, a training programme aimed to bring more engineering talent into the African market, says that the country is well advanced in terms of technology adoption compared to its peers.

Kenya’s digital ecosystem is renowned internationally with products such as Mpesa, the smartphone-based money transfer service, and open-source software application Ushahidi. “Also, Kenya has been making strategic investments into the digital economy including building fast and reliable access to the internet,” says Ndaka, adding that these improvements have attracted global players into the local market.

Although not perfect, he lauds the local education system since it has produced a great amount of talent, allowing the tech community to thrive and nurture career software developers, for instance.

“Academies and the industry need to find better ways of working together to produce a critical mass of talent that’s profitable to the wider society by creating and innovating with technology,” he says.

KidsCompCamp has trained over 10,000 children across Kenya in trying to get more learners interested in programming and technology. Although impressive so far, his organisation is determined to reach a million learners across Africa.

Kariuki feels the marketplace needs to strike a healthy balance between the benefits of upskilling local talent from multinationals, which have been necessary, and the challenge for startups or the smaller companies that find it hard to afford and hold onto talent, and feel that multinationals, for all the good they do, mostly siphon off available resources. Part of the work done to foster this pursuit of balance includes scholarships such as the Google Developer Scholarship, which this year is awarding over 30,000 learning opportunities for burgeoning African talent.

She agrees that policies to increase software developers has to stretch to primary education levels, and the Kenya government, through its ICT Authority arm, has begun a pilot program for a coding curriculum to be used in primary and secondary schools, a move in the right direction, she says, and a first in Africa.

But the fulfilment of this investment is years away, so what is the priority today? Saxena says that there are no shortcuts to upskilling talent in the market, and that strengthening the formal education system from lower levels to advanced stages would help to populate the market with qualified people.

“We always have a strategy where we can develop in-house IT resources and prepare for advanced technology like RPA, IoT, AI, machine learning, advanced analytics, and the new future in the ERP system,” he says, adding that his training modules include a mix of the in-house program and an outsourced training program with the assistance of webinars, online courses, IT conference and seminars[VM2] . “I also believe in the current educational system in that it has already added the latest technology and tools.”

Opportunities in Africa are at an all-time high, driven primarily by the booming start-up scene and the global demand for remote work said Google in an announcement of the 2022 scholarships.

For its part, Amazon has also launched a training cohort for the first time in Kenya, which is expected to help mould talent and offer career paths through cloud computing skills, career and resume coaching, and interviews with local employers. The program connects over 90% of graduates with job interview opportunities, Amazon said.

Local companies also need to take heed of in-house motivation. Saxena suggests that companies should adjust the hiring criteria and fix expectations, transfer talent and give them new challenges to work on as an alternative to upskilling. There are many ways to grow a healthy pool of teach-based talent across myriad disciplines, apart from training and churning out numbers to satisfy markets outside Kenya. It’s a challenge the country is standing up to and the initiatives are in place to ensure that its domestic tech population will only get stronger.