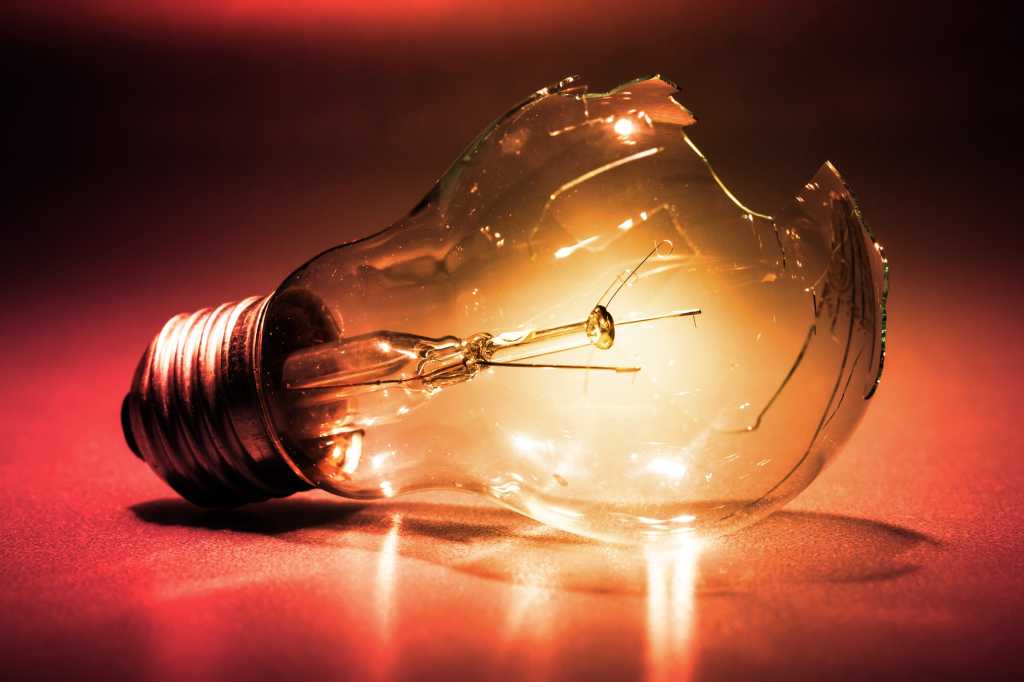 Genius, opined Thomas Edison, who had firsthand knowledge of the subject, consists of 1% inspiration and 99% perspiration. Call it the “Edison Ratio.”

While one might haggle over the exact numbers, the Edison Ratio provides a useful benchmark for what it takes to make an inspired idea real.

And it cuts straight to a key reason organizations often fail at innovation: They overemphasize innovation’s need for new ideas while remaining oblivious to — or eternally optimistic about — the volume of work necessary to execute each and every one of them.

We’ve all known managers who reverse the Edison Ratio, thinking their brilliant idea — whether truly original or pilfered — is what’s important. It’s the sin of arrogance, but arrogance isn’t the worst innovation sin.

No, arrogance merely demeans the importance of the work needed to turn a brilliant idea into a brilliant reality. It’s an irritating character flaw, but one that doesn’t necessarily lead to failure.

Quite the opposite, once an arrogant executive puts their name on a brilliant idea, they’re staking their reputation on it, and might even, depending on the politics of the situation, go an extra mile or two to make sure its implementation succeeds.

When it comes to Edison Ratio inversions, far worse than arrogance is being oblivious. Those oblivious to the Edison Ratio have no idea how much more brilliance will be needed — not to mention sweat — to make their brilliant idea real.

But unlike arrogance, obliviousness is pandemic — it’s both contagious and debilitating.

And it’s debilitating: If the contagion makes everyone involved in deciding project staffing and funding oblivious, the resulting effort will be understaffed and starved for budget throughout the attempted implementation.

Good things come in threes. So, unfortunately, do not-so-good things, and that includes leaders who invert the Edison Ratio.

This third group of Edison Ratio inverters is, if anything, the most dangerous — not because they’re malicious but because they’re having fun. These are the “idea cluster bombers.” An idea cluster bomber has brilliant ideas on a regular basis. Any one of their ideas is so brilliant they’re bursting with it. And so they tell someone to drop everything and go make it happen.

Which is fine until the sun sets and rises again. That’s when they have another brilliant idea, and tell someone else to drop everything to make it happen.

But not so brilliant that it can withstand the impact of Edison Ratio Inversion.

An example: Imagine someone has a brilliant idea as they’re brewing coffee in preparation for starting off their workday. They spend, oh, I dunno … let’s say they spend the morning fleshing it out before Zooming a likely victim to work on it.

Do the math: 4 hours to have the idea equals 1% of the total effort. That means making it real will require … hmmm … carry the 1 … 396 hours. That’s about 10 weeks to implement the brilliant idea.

Assuming each day is blessed with another brilliant idea, during that 10 week span we can expect the idea cluster bomber to come up with another 50 brilliant ideas, which will take another 19,800 weeks of effort to implement, which adds up to a completely paralyzed organization.

If we leave it at that, an inspiration-free organization might seem like a downright appealing alternative right about now.

But if we head down that rabbit hole with no eureka! light bulbs over our heads to enlighten us, it would be a very dark, innovation-free rabbit hole. And no innovation means no competitive advantage.

The obvious answer is to establish some form of governance to prevent brilliance run amok. But while governance might seem like the right place to start, it won’t solve the problem unless decision-makers first get the education they need to understand not only the Edison Ratio itself, but why it is what it is. It’s only then that they’ll be in a position to figure out what that governance should look like.

Solution design: A brilliant idea is a rough sketch. Someone has to add enough detail to support at least order-of-magnitude estimates of direct costs, benefits, and, especially, ripple effects so the potential organizational impact is clear.

Tracing the impact on existing business process flows: Even if the brilliant idea is all about improving the customer experience by creating a next-generation user interface, that experience — say, making the UI 3D via VR headsets — will most often equate to a promise your company makes. Someone will have to keep that promise. That usually means figuring out what has to happen in the back office to complement the brilliant changes envisioned for the front office.

Application changes: That changes to business processes and user interfaces require work by IT on their supporting applications is hardly surprising. What is sometimes surprising is a principle that’s well-understood by IT’s professional estimators: Simple changes are hard; the rest are exponentially harder.

Optimism bias might occur elsewhere, but IT is its organizational home.

Metrics: A brilliant idea, once implemented, should improve either existing performance metrics — more accurately, change the targets for these metrics — or call for new metrics to complement or replace the existing ones. Leave the old metrics and targets in place and nothing will change because of Lewis’s 3rd Law of Metrics: Anything you don’t measure you don’t get.

Stakeholder analysis: Every business change affects multiple stakeholders and stakeholder groups. Some, supporters, will like the change. A second group, call them accepters, won’t care very much either way.

But then there are those — resisters — who, for one reason or another, dislike the idea and will, actively or passive-aggressively, do their part to make it fail.

This is hardly a comprehensive curriculum of turn-brilliant-ideas-into-brilliant-realities topics. (At the risk of appearing self promotional, if you’re looking for this curriculum, There’s No Such Thing as an IT Project provides one.)

And if insisting that leaders gain sophistication in all of these topics seems like too big a hill to climb, at least make sure they understand the Edison Ratio itself — that having a brilliant idea is the least important step in achieving anything interesting enough to talk about.