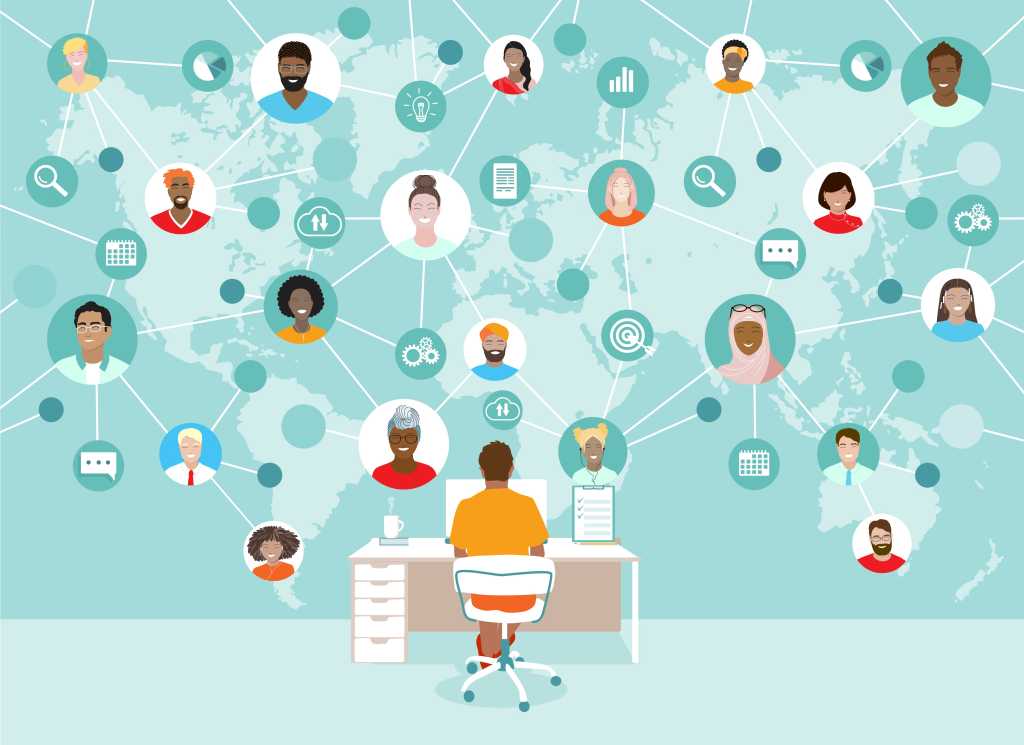 Paul Wright is dealing with management dynamics that, although outside the usual realm of technology leadership, are nonetheless confronting CIOs more often.

More specifically, he’s balancing how to get work done as some workers contend with extreme circumstances that impact their ability to do their jobs.

For Wright, the CIO of Accuride, which manufactures wheels and wheel-end components for global commercial vehicle markets, that means navigating the tricky situation that has emerged following Russia’s invasion of Ukraine.

Wright’s IT department has four staffers in Russia, and he works with a consulting firm that supplies him with about 25 workers — half from Russia and half from Ukraine.

“The first thing I can offer is patience. These are things that no one predicted, and there are a lot of people suffering as a result of some other people’s egos as much as anything else, and that’s extremely sad,” Wright says.

Wright says he and his executive colleagues are reviewing regional regulations and US-issued sanctions to ensure compliance. (Accuride itself has locations around the world, including two facilities in Russia employing about 600 people.)

But at the same time Wright says he doesn’t want to abandon workers who have their livelihood in jeopardy through no fault of their own.

“Those consultants are asking if we’re going to run away from them because they’re in Russia and they can’t talk to half the team [because they’re based in Ukraine],” Wright says.

Wright says he’s navigating these issues slowly. “You need to figure out what the future looks like and then we can react to that,” he explains. “And at this time, fortunately, we don’t have anything super business critical sitting with them so we were able to take that time.”

This is not the first time Wright has had to balance corporate work schedules against the personal needs of his workers facing long-term crises. As CIO with a globally distributed IT team supporting operations around the world, he has had workers over the years displaced for long stretches due to various disruptive events such as catastrophic floods.

Wright says he has learned to apply patience in those circumstances, too.

“You can’t say I need boots on the ground every day, so the biggest thing that CIOs should be doing is looking for a flexible approach to their workforce,” he adds.

Other CIOs have been learning that lesson.

That has more executives overseeing more team members in locales other than their own or a single corporate headquarters.

Meanwhile, there have been in recent years numerous events — the Ukraine war, frozen power grids in Texas, wildfires in multiple locales — that have disrupted large numbers of workers.

That has many technology executives facing the same complex scenario that Wright describes, trying to determine how to best help their workers while still running the business.

For many, that means doing as much as they can to get their people safely through the crisis.

“The first thing we focus on is making sure our workers are OK. That’s the thing you have to worry about first when something like this happens, whether it’s a storm, fire, or pandemic. And my experience has been that well-run companies have a culture of doing this because it’s the right thing to do,” says Juan Orlandini, chief architect and distinguished engineer at Insight Enterprises, a tech services provider. “But I have seen companies that do not regard their workers as well and they take a different approach.”

Like others, Orlandini does not consider the topic as entirely new; it fits with business continuity planning. But he says the growing remote workforce and its global nature have brought the topic to the forefront as well as put such plans to the test.

“Now it’s common for us to see a workforce scattered domestically and around the world,” he says.

Orlandini says his company’s own plans were put into action with the pandemic, as were many others. Insight executives were called on to demonstrate the company’s values as workers in one overseas locale faced strict lockdowns even though they had little to no internet access at their homes.

“In that case the first thing we focused on was making sure our workers were OK,” Orlandini says. Local managers spent two days trying to connect with each employee via phone, text, or email. “It did take us longer than 48 hours to make sure we had everybody, but we got in touch with the overwhelming majority within those first two days.”

Once the company confirmed people were safe, Orlandini says Insight went to work on getting them hotspots and setting up virtual desktop infrastructure so they could work. He says the company also made sure the workers were paid, giving bonuses and securing hotel rooms to ease traveling troubles for those few who had to go into the local office.

Many other executives are devising strategies for responding in such scenarios, says David Groombridge, a distinguished vice president analyst within the sourcing, procurement and vendor management team at Gartner Research.

He notes that such discussions should be happening among all C-suite executives, but CIOs, CTOs, and other tech leaders have traditionally been more likely to have regionally distributed teams — if not globally, then domestically. At the same time they also handle mission-critical work. Both points, he adds, make such deliberations particularly pertinent to them.

Gartner has advised executives on the actions they should take. In a February 2022 publication responding to questions about protecting IT services from disruptions caused by the Russian invasion of Ukraine, it advised first “Protect people: Place human needs above all other actions. Do all you can to protect lives, and regularly check with your employees in these regions. Ask how you or your organization can extend any support to individuals and their families caught in this conflict.”

Still, Groombridge says the question of what companies owe employees whose ability to work is disrupted is “a very difficult ethical question.”

“I think it has to be answered by the ethical context of the organization and the culture and values they subscribe to. But generally as a human response, where we see other people impacted by events out of their control, we want to help,” he says. “And there will be not just a drive to assist people we know and work with, but there’s also the converse of that, if we’re not seen to help, there’s reputation damage not just for our organization at the global level but us personally as IT leaders and there can be loss of trust with our teams.”

Monish Darda, CTO and co-founder of software company Icertis, says his executive team thought about such topics in response to the pandemic. Together they came up with what they call “our four rings of responsibility,” which lists priorities as such: take care of self, take care of family, take care of community, and take care of business.

“And in that order. I think that’s the most important message that came out,” Darda says.

He says the company has put that philosophy into action as it dealt with disruptive events. He points to the company’s response when heavy flooding displaced some of its India-based workforce.

“The first question was: How do we help our employees?” he says.

Working with a local coordinator, Darda says the company connected with and provided funds to an NGO that could deliver needed support to its workers and their community.

Vishal Gupta, global CTO, CIO and senior vice president of connected technology at Lexmark, says his company, too, has had to address the question of how best to help when dealing with recent events.

For example, Lexmark worked with an agency to get India-based workers and their extended families the COVID vaccines to ensure they had easy access to them, he says, adding that the company had a similar program for workers in Mexico.

And last December Lexmark found itself aiding workers in its Cebu, Philippines, locale after a catastrophic storm flooded the region around the company’s facilities and knocked out power for weeks. People there were left with limited access to water, gasoline, and cash (due to a run on banks).

Gupta says the company immediately stood up a crisis committee, which met every day, in response to that crisis.

“Our focus wasn’t on work; it was on the well-being of the people,” he says.

The company partnered with a local bank to extend loans, with Lexmark serving as guarantor. It opened up offices, which had generators, to provide refuge. It procured water to deliver to its employees. And it shifted workloads, including remediation on the Log4j vulnerability, to employees in other regions.

All told, Gupta said the 1,500 Cebu-based employees were out of the office for about a month, but not out of work: They were paid during that time.

Gupta says that approach aligned with the company’s values. He also acknowledges that it made business sense.

“We’ve always felt that people were our greatest asset, but the past few years we have considered people more. We live in a very competitive economy, and people resiliency and the ability to take care of them is going to be one of the biggest differentiators anyone can have,” he says.

The limits of flexibility

Not all companies are following that strategy.

For example, a May 2022 Society for Human Resource Management (SHRM) report notes that some companies want assurances that Ukrainian tech talent can meet assigned deadlines while others have stopped working with IT talent there altogether.

The executives and advisors speaking for this article say they understand companies have to make tough decisions in such circumstances, and they acknowledge that there are limits to how much support a company can offer workers who cannot work.

Groombridge says companies can and should be crafting business continuity plans that address disruptive situations by enabling flexibility — whether that means shifting workloads from workers in impacted areas to those in other regions and/or allowing flexible schedules for impacted employees. Executives should also avoid concentrating skills or functions in a single locale to enable geographic diversification, something that lets them more easily move around work in an emergency. At the same time, business continuity plans — and responses in an actual event — should keep people’s safety and well-being central.

But Groombridge and others also say executives need to recognize the limits of what they can do.

“A company will inevitably at some point have to limit support,” Groombridge says. “They’ll have to look to alternative solutions and in the longer term, as weeks stretch into months, they’ll have to move services to other regions of the world. It’s not something that we’d wish from a human point of view, but from a business point of view, there’s a responsibility to the stakeholders and the remaining staff to keep the business running.”