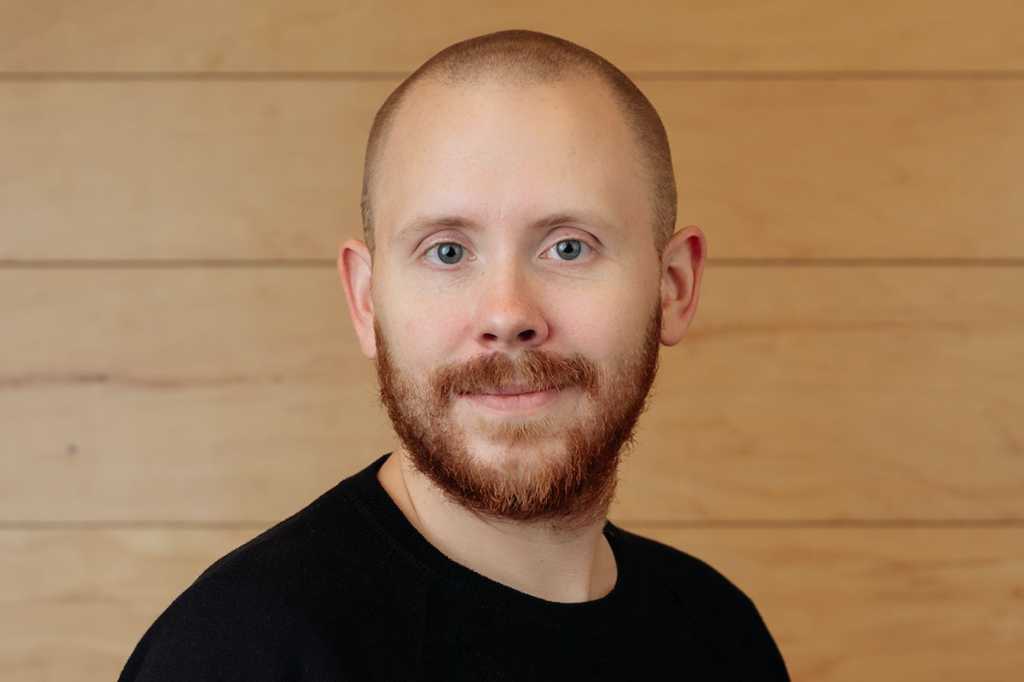 Sentry was started as an open source project by David Cramer in 2008 to provide monitoring services for application developers. Cramer and co-founder Chris Jennings bootstrapped the company from the ground up, organically growing the business to over 3.5 million developers today.

Sentry’s open source and cloud-based offerings support 100+ languages and frameworks and provide developers with visibility into the health of their applications.

Under Cramer’s guidance as CTO, Sentry has grown beyond errors to include performance and release monitoring. The company recently completed a series E funding round at $90M for a valuation of $3B.

I had a chance to ask Cramer some questions about continuous shipment, software development, building a startup, and more.

Matt Tyson: You wrote that Sentry went from a hobby/side project to an enterprise product.  How did that happen?  What were key lessons you learned on that journey?

David Cramer: I love the open source community so I would build a lot of things in open source to interact with my peers. Sentry was essentially built because I found it annoying to deal with the systems admin on the team to get access to logs when I broke something. It was easier for me to build Sentry in open source than to try to make an existing product work.

At the time I was very active in the Python and Django community, so it started gaining traction with those members and it gained enough attention for me to keep iterating on it. I later joined Disqus, and the company started using it as well and that really encouraged me to make it even better.

Eventually I got my co-founder Chris Jennings to join and it really started to grow organically and it got to a point where I had to make a decision about what to do and that’s when Sentry transitioned from a side project to a real focus.

Tyson: You came from the ground up as a developer.  Do you still code as a CTO?

Cramer: I’ve always been a builder, and software was a really natural fit for me. I think it helped a lot that when I got my start the barrier to entry was super low, and the internet was so much smaller. I do still contribute to open-source projects and when I can I try to contribute code to Sentry, but definitely not as much as I want. I’m now primarily focused on product strategy, organizational efficiency, and generally trying to make sure we don’t forget where we came from, especially around the open source side of things.

Tyson: Although there are other tools in the market for application monitoring, Sentry seems to be the leader.  I’m curious what you attribute that to.  What about the setup is drawing developers?

Cramer: I started Sentry as I was essentially trying to make my job easier, and I couldn’t find the right solution, so I made one myself. I was looking to simplify my job, and, in reality, I’d say that’s what an engineer’s job is, to simplify a problem. Throughout my career I’ve always focused my time on developer experience and developer productivity, and that is what Sentry is. It helps developers see a problem, fix it so they can get back to shipping code. I think what really sets us apart is our focus on the developer experience, that’s our direct customer and primary focus.

There are a few key differentiators for Sentry: we integrate directly into the developer’s existing workflow whether that’s PagerDuty, Slack, etc., we provide actionable data and we’re open and transparent, integrating into every stage of your release cycle, giving more control over your own data.

Tyson: You’re coming up to two years since you added Sentry’s ability to monitor for performance which has some pretty fine-grained metrics in terms of identifying where bottlenecks are located in code. Would you talk a bit about the performance product and tracing software performance?

Cramer: Performance for us was a natural extension of the space we already lived in. We envisioned connecting the dots to performance problems the same way we did with errors. While our performance product is still early days, we’ve seen great adoption already and are continuing to invest in it the same way we have for error monitoring.

When it comes to tracing, it’s our point of view that the industry has a long way to go before this data is easily utilized. Sentry has taken a cautiously optimistic approach to how it leverages traces, and instead of providing abstract trace analysis we use the data to create higher-level insights on their key transactions. This really is in line with how we have approached our product in general… focusing on curating an experience that resonates with a developer.

Tyson: Sentry is able to instrument a variety of languages and frameworks for automated error reporting.  I nerd out a bit when I see this.  How hard is it to encompass so many different technologies and keep pace with them?

Cramer: The open source nature of Sentry has always been great when it comes to supporting various technologies. When I started the project, I built the Python adapter myself, and very quickly we had third-party contributions for extending that to other languages. That still remains true today, though we employ a significant amount of both full-time employees and contractors to maintain and expand our ecosystem support. It’s certainly not a cheap endeavor, but for us it’s critical to our mission.

Tyson: You mentioned in this presentation (something I’d encourage anyone interested in CI/CD to watch) that you don’t have any human QA agents at Sentry.  I thought, really?!  How do you get to that level of automation? Is it still true today?

Cramer: Yes, it’s still true today. We rely heavily on automated testing. It’s not perfect by any means, and we are continuously breaking our own product, but it’s optimized for shipping new features to customers as quickly as we can. It’s often ok—or at least tolerable—to have a little bit of breakage if you can also address that problem quickly. This is one of the key workflows Sentry aims to enable.

Tyson: That’s an interesting observation that by improving the customer feedback loop the QA phase can be less emphasized.

You have a background in infrastructure and devops.  Do you have a sense of where the industry is at in this story? How widely are best practices adopted?

Cramer: I think the industry is still all over the place. Forward-thinking companies are often experimenting while traditional enterprises are playing catch-up on whatever was hot two years ago. It’s probably in our benefit that not everyone is moving on the latest and greatest idea, as they often don’t stick. I do find that many companies these days have at least heavily invested into CI/CD pipelines in their organizations, which must be one of the most pivotal changes in technology in the last decade.

The bigger challenge we’re seeing here is how the increased presence of technologies like JavaScript are taking a toll on traditional DevOps orgs. It’s not a space they’re familiar with, so they’re still struggling to figure out how to support those projects. The biggest hurdle we see here are teams trying to utilize their traditional systems monitoring tools to monitor device-focused applications. One of the key reasons Sentry has become so valuable is due to the vast difference in development paradigms from typical infrastructure, and so part of our challenge is helping educate those teams that there is a new way to solve these problems.

Tyson: In a sense bridge the gap between app and system monitoring.

You pointed to frontend as a key area in 2019.  What do you see as the most interesting areas of activity in dev right now?

Cramer: Frontend is still where we’re seeing the huge push in investments. A lot of the current approaches feel very experimental and are tough to see as maintainable, so there’s certainly still room for growth here. We try to be pretty agnostic about what’s happening as there’s typically a cycle in software infrastructure that repeats itself. The problems aren’t wildly different from a few decades ago, so we focus our efforts on the fundamentals of how software needs to work.

I think we’ll see the industry come back around over the next year or two to look more like traditional web development again, whereas today it’s very heavily pushing this CDN [content delivery network]-based static model. We’re already seeing a bit of this with some of the newer iterations including Next and Remix.

Tyson: In an interview with Insider a few years ago, you mentioned that early on investors didn’t really get why OSS [open-source software] is important to the business.   Has that changed?  Why is open source so important?

Cramer: In choosing to be an open source company, you’re choosing to support a community that believes in the right to learn and to share your learnings with others. This was fundamental to Sentry’s product growth and relevance. To this day we still have tens of thousands of businesses using our self-hosted product and this will never change.

Tyson: As someone who really values the community aspect of OSS, that is very heartening.

You’ve gone through the venture capital fundraising experience. Do you have any advice for founders and startup people who are approaching that?

Cramer: Approach your business like it’s a consumer product, even if what you’re building is not, and if there’s value in what you’re doing you’ll figure out how to monetize it. Be committed in your belief of how to do something. We knew we had a great product, with a number of paying customers and a fair approach to pricing so churn risk was low. And that’s what our eventual investors bet on.

Tyson: That belief in your vision when it’s tested—that is tough!

You are very technical, but you’ve also dealt a lot with the business side.  Any advice for bridging the two worlds (especially for more tech-minded folks)?

Cramer: The most challenging phase for me was when Sentry hit mid-level maturity. We had a business, and the product was doing some great stuff and around this time; we had to build a go to market function. You know what you know, and know what you don’t know—and for me that was marketing and sales. I was actually anti these functions but now appreciate what they can be versus what they are.

I realized early on in my career my strengths and weaknesses and the business side wasn’t where I wanted to focus my energy. I want others to think about how do you add value in your day to day.

Tyson: That is so interesting and honest. I guess pulling in people who fill those gaps is key there.

I noticed on your LinkedIn profile you identified animal welfare and humanitarian relief as causes important to you.  Do you mind talking a bit about philanthropy?

Cramer: Philanthropy and giving back to the community is incredibly important to me and has been baked into the culture at Sentry. We invest in each employee’s philanthropic interests by matching employee donations up to $1,500 per year, per employee, to help support the organizations that matter most to them. Employees are also given 40 hours of volunteer PTO for community service a year. Additionally we are working on ways to expand these kinds of gestures into the open source community as well, where our goal is to enable our team to give back to projects they want to support.