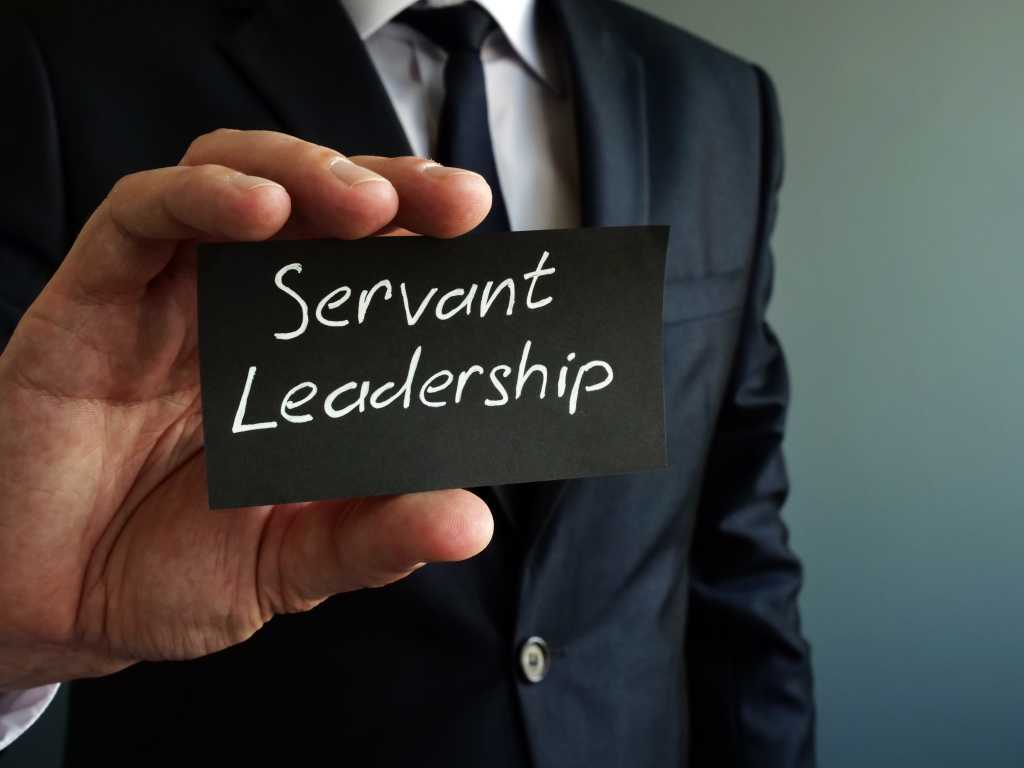 Servant leadership has emerged as a popular management method that replaces command-and control-style leadership with empathy and empowerment.

The management approach prioritizes the growth, well-being, and empowerment of employees. It aims to foster an inclusive environment that enables everyone in the organization to thrive as their authentic self. Whereas traditional leadership focuses on the success of the company or organization, servant leadership puts employees first to grow the organization through their commitment and engagement. When implemented correctly, servant leadership can help foster trust, accountability, growth, and inclusion in the workplace.

If it sounds challenging — that’s because it is. Servant leadership sometimes gets a bad rap because stakeholders think empathy and empowerment come at the expense of execution and results. Servant leaders admit that sometimes empathy and productivity demands are at odds when the pressure to produce is high. Efforts can also backfire if employees aren’t dedicated to the team’s core mission.

But the payoff can be worth the effort. The practice of servant leadership not only promotes employee satisfaction, but it also helps organizations retain employees when they can’t compete with higher salaries. IT leaders and HR professionals offer some do’s and don’ts of servant leadership.

Do: Make sure employees understand and sign on to the mission

Before employees can be empowered, they first must understand and agree to the mission of the team and their role in it, says David Dotlich, president and senior client partner at Korn Ferry. Once the mission is agreed on, managers should then ask employees, “How can I help you achieve that mission?” A true servant leader should also be asking, “How do I serve your aspirations in your career,” rather than, “How do I fit you into our company?” Dotlich says.

Do: Listen more and talk less

“Servant leadership is about listening more and talking less,” says David Reis, CIO of the University of Miami Healthcare System. Reis holds monthly 8 a.m. coffee talks for all 300 IT staff to find out what employees need, whether it’s training, tools, or removing roadblocks. No subject is off limits. When Reis can help reduce friction so that his team can get work done, he builds trust and employees are happier, he says.

Do: Give employees direction — then get out of the way

“We hire very bright people to do a job and we let them do that job,” says Tom Kuczynski, vice president of IT at the District of Columbia Water and Sewer Authority. Kuczynski has practiced servant leadership for 32 years without ever giving it a label. “We give [IT staff] a direction, and we point them in that direction and turn them lose to be as successful as they can,” he says. “I need to be informed but I don’t need to be involved. I don’t want to be surprised by anything. I want to be available when you need assistance.”

Lisa Davis has practiced servant leadership for 20 years in positions in government, tech, and now healthcare as CIO of Blue Shield of California. “I’m direct and honest in holding people accountable,” Davis says. “Of course it has to do with delivery of the messaging.” Make sure people understand expectations and hold them accountable for delivering those results, she adds. “How you engage with people is going to get the results.”

Even when employees are highly capable, they still need occasional advice and assistance. Being available and approachable with employees is key, Davis adds. “You don’t need to wait to have a weekly one-on-one with me. If there’s something on your mind or you need help with, just text me,” she says.

Being a servant leader doesn’t mean giving up control or “letting people do whatever they want,” Dotlich says. “I don’t think it means that you do whatever [employees] ask either, which is how we normally think of ‘servants.’ But it is really facilitating people’s performance, goals, achievements, and aspirations. In that way you’re serving who they want to be or what they want to achieve.”

During periods of high pressure, “sometimes we as leaders want to keep pushing forward but that’s exactly the wrong thing to do,” Reis says. “Sometimes it’s just better to take a minute, reframe, and then re-engage.”

Leaders can also show empathy with feedback, he says. “It would be easy to hear a list of complaints and for defensiveness to set in,” Reis says. “But the empathy is in understanding that the issues being raised are part of the teammates’ sincere desire to make things better. You’re empathizing with that frustration and really hearing that,” he says.

Do: Define servant leadership for your own organization

It’s important for each organization to define servant leadership “in a way that works in your own system, that people understand and that is not misleading,” Dotlich says. “It is not just a buzzword but is a philosophy of how we create an environment.”

IT leaders who follow a servant leadership approach expect these behaviors will trickle down through the entire organization for greater transparency, trust, collaboration, and support of one another.

“It will be a happier place,” Reis says, “and not because the work will be easier or there will be less work. There will be more meaning and context to the work, and the connection to purpose will be strong and clear.”