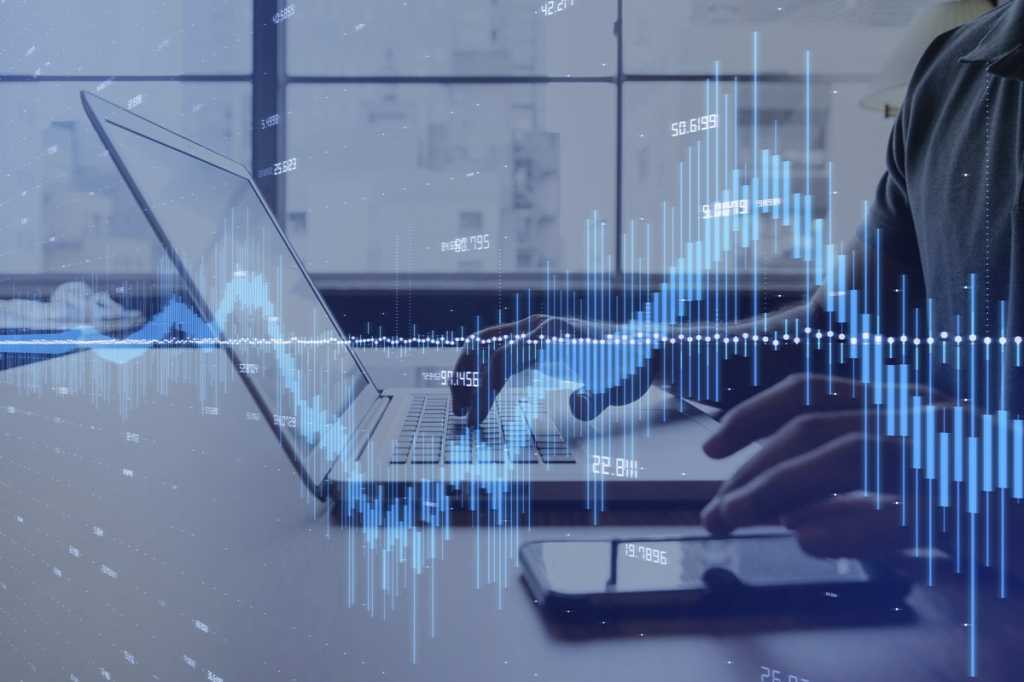 Deep into a massive shift to the cloud, McDermott International CIO Vagesh Dave found himself at an unforgiving crossroads: As engineers gobbled up the vast computing resources available in the cloud, the oil rig constructor IT chief noticed the monthly bill was sky high with little return on investment yet to be realized during the migration.

To stem the tide, Dave opted to move a range of heavy-duty computing loads back to on-premises servers in a downsized data center.

“I crossed that bridge about two years ago,” the Houston-based CIO says about the sticker shock. “I tried to put a lot of SAP systems on the cloud and found out the compute costs are very high.”

Dave is not alone. Many CIOs in the mid to latter phases of their cloud migrations are increasingly trapped in a vexing quagmire — handing their CFOs massive monthly cloud bills with no ROI to show for it.

Accenture, for instance, maintains that many of its clients in the 30% and 50% phase of their cloud migrations are absorbing exorbitant cloud costs when expected business outcomes have yet to materialize.

“A lot of our clients are stuck in the middle,” says Ashley Skyrme, senior managing director and leader of the Global Cloud First Strategy and Consulting practice at Accenture. “The spigot is turned on and they have these mounting costs because cloud availability and scalability are high, and more businesses are adopting it.”

And as the migration furthers, cloud costs soon rank second — next only to payroll — in the corporate purse, experts say. The complexity of navigating cloud use and costs has spawned a cottage industry of SaaS providers lining up to help enterprises slash their cloud bills.

One insider who declined to be named claims there was a misalignment in sales incentives during the pandemic: Cloud platform salespeople were incentivized to sell as many cloud access licenses and cloud usage cycles as possible during the business downturn to enterprise buyers who were tempted by discounts and may have overcommitted for monthly cloud services that would not generate proportional ROI in an acceptable timeframe.

And the costs are piling up even as developers begin innovations that may or may not translate into revenue for the company.

Most CIOs in this predicament are confident their sizable cloud investments will show tidy returns, especially those who bet big and sped up their cloud migration when business stalled during the pandemic.

But that’s small comfort to CIOs who, midway through a cloud migration, must explain to flustered CFOs why costs are spiraling upward, with little innovation or new revenue yet in sight. And with the economy souring, some are slamming the brakes on usage or taking the off ramp to cut costs.

“Cloud costs are rising,” says Bill VanCuren, CIO of NCR. “We plan to manage within the large volume agreement and other techniques to reduce VMs [virtual machines].”

Naturally, heavy cloud use is compounding the costs of maintaining or decommissioning data centers that are being kept online to ensure business continuity as the migration to the cloud continues.

But more significant to the rising cost problem is the lack of understanding that the compute, storage, and consumption models on the public cloud are varied, complicated, and often misunderstood, experts say.

No doubt, accelerating cloud migrations during the pandemic has led to this bottleneck, CIOs maintain.

“I liken the cloud to an ‘all you can eat’ model, which can lead to overconsumption,” says Andi Karaboutis, global CIO of National Grid. “When you go to the cloud, people see they can get more of everything, and they can end up where the costs go through the roof.”

Cloud costs at a crossroads

According to IDC’s Worldwide Cloud Spending Guide, total public cloud spending rose to $383.6 billion in 2021, up from $307.7 billion in 2020 — totaling almost $700 billion spent by enterprises globally on the cloud during the pandemic.

Currently, cloud spending represents approximately 30% of overall IT budgets, and will exceed $1.3 trillion by 2025, according to Dave McCarthy, research vice president of cloud infrastructure services at IDC. This spending includes everything from cloud infrastructure and application services to servers and storage, to professional and managed services.

The all-you-can-eat buffet is enabling developers and engineers to launch innovative and promising projects that will likely generate new revenue streams for their companies long-term. But the whopping monthly bills are increasingly unnerving accountants and CFOs with the economic downturn and fear of recession.

“The ease of spinning up [cloud] resources reduced a lot of the friction on the upfront side of things, but it introduced a new problem,” McCarthy said at CIO.com’s Future of Cloud Summit in April. “It introduced the unexpected bill, when the CFO comes running down the hall and says, ‘Why did our cloud bill double last month? Because we certainly didn’t budget for it, and who is going to fix it?’”

“In most traditional companies, you have silos between engineering, finance, and procurement, and they balance one another and control the budget,” she says. “The cloud turns it completely on its head.”

Many executives are really worried about how much money they are spending — and wasting — on the cloud, says Hays, who also serves as chairperson of the FinOps Foundation Governance Board at the Linux Foundation.

“Fundamentally, it is in the different consumption models that complicates our reality,” Hays says of the core difference between cloud costs and data center costs. “This decentralized model really changes all of the behaviors and processes established to control costs.”

Here, convenience plays an outsize role. “There is instant access to over a million different SKUs across three large providers that engineers can purchase and procure … but there’s also a lot of inefficiencies that tend to happen and we tend to see a lot of excessive spin within the cloud space,” she says.

Hays cites a 2020 survey that estimated that 30% to 35% of all spend in the cloud was wasted usage access cycles — which is akin to a car’s engine left running until the gas runs out.

In the cloud, the gas never runs out — but the meter keeps running.

Joe Edwards, director of IT infrastructure and operations at District of Columbia Water and Sewer Authority, wasn’t among the pack that started racing to the cloud during the pandemic and is glad for it.

“Cloud costs have gone up as we use more and more of it,” says Edwards, who started DC Water’s migration to the cloud more than a decade ago. The organization now runs 97% of its workloads in the public cloud. “There are several things you have to do when you’re dealing with the cloud because it’s a lot different than on premise.”

Expedia, with its sprawling portfolio of travel services, was another early cloud adopter. One problem Robert Duffy, vice president of development and runtime platform at Expedia, spotted early was that developers from different brands were using different tools and platforms with no coherent DevOps strategy. Duffy put a stop to this, standardizing on one development tool for all of Expedia’s brands to control development costs and share innovations and investments across all the company’s travel services.

It was a big win in cost reduction and generating new revenue streams for an industry ready to cash in on the innovations as soon as pandemic restrictions receded, Duffy explained during a recent cloud summit.

“A lot of developers were pretty early on in cloud adoption and whether it was AWS or Google, we ended up with a big ecosystem and then just stopped everyone. It was just sapping our resources,” Duffy said. “And then we migrated the whole company onto this one tool for one job process and we were lucky enough that we were able to do that in the middle of the pandemic. It’s one of the silver linings in the travel industry.”

The rise of FinOps

Cloud cost complexity is real. Aside from unmonitored cloud usage, there are also unused cloud licenses to consider, access left on accidentally during nights and weekends, and variable cycle costs depending on the number of processors used to run code. For instance, a developer’s extensive cloud-native application may require two CPUs to run while a lift-and-shift application moved from the data center in its current form — rather than rewriting it in a cloud-native way — may require just one CPU but may be erroneously provisioned on a two-CPU server.

IDC’s McCarthy and others anticipate most enterprises will have to hire professional finance operations, aka FinOps, executives to manage the millions of dollars in cloud costs, particularly in the midst of a digital transformation.

Gartner maintains that CIOs can reduce their cloud services bill by making adjustments to their architectures, their operations, and their commercial terms.

The research firm, for example, advises against the lift-and-shift of legacy applications. Instead, CIOs should go with modern, cloud-native application designed with a microservices architecture, Gartner contends. Such costs — for example, in deploying workloads on Kubernetes — are elusive to monitor but in the end often payoff, experts add.

CIOs also need to ensure that their cloud environments are rightsized to current requirements, and that data centers and servers that are no longer needed are decommissioned, Gartner adds.

National Grid’s Karaboutis is a firm believer in rightsizing. CIOs migrating to the cloud must create rightsized usage models for various user groups and employ chargeback models to hold each business unit financially accountable for cloud usage, she says.

“Rightsizing is simply ensuring you’re building what’s right for your customers — optimizing for their needs. You’re not over- or undersizing what they need,” Williams says. “IT leaders need to understand you can’t simply go to cloud and you’re done. IT must plan accordingly. It’s sort of like putting food in your fridge — put too much in there and you’re wasting money and food. If you put too little in there, your family or customers won’t be happy.”

Gartner also advises CIOs to negotiate commercial terms with their cloud providers, such as volume- or time-based commitments. Another option is to move from on-demand to reserved instances.

DC Water’s Edwards advises study all cost ramifications of the cloud, including the types of cloud licenses and usage plans along with cloud access.

“Before you put anything in the cloud, take the time to have the analysis done. Don’t just bring something up or have something brought up because it’s easy and it’s simple,” Edwards says. “Do the analysis on the cost first; make sure you’re doing your research on the type of license and type of OS that you need to use before you do it.”

Another CIO advises embracing a hybrid cloud infrastructure because there are real business continuity risks in migrating all enterprise applications from an on-premises data center to the cloud.

“I have never believed you should have a strategy that says go all to the cloud,” says Paul Gaffney, CTO of American department store chain Kohl’s. “I’ve always felt it was a dramatic oversimplification of the problem and carried with it a bunch of risks.”