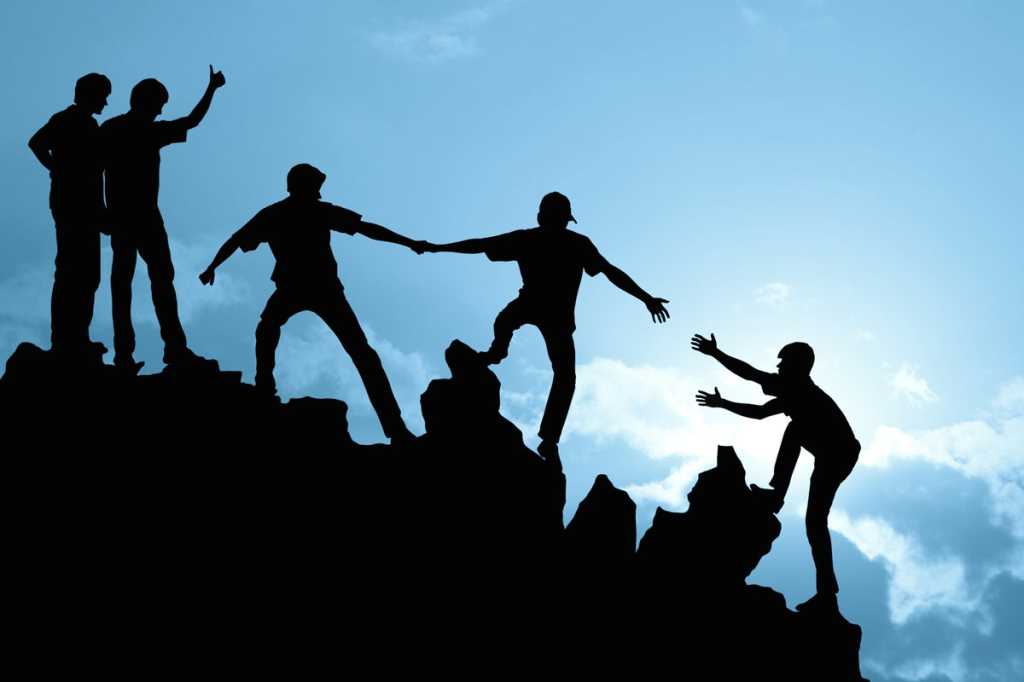 All successful CIOs know how to instruct, motivate, energize, and even excite their teams. Yet only a relative handful of IT leaders can truly be described as inspirational figures, capable of leading their teams to goals that collegues at other enterprises can only dream about.

CIOs who are purposefully positive and responsible, with a focus on integrity, tend to inspire others, says Ola Chowning, a partner at global technology research and advisory firm ISG. “CIOs who show, through example and vision, those values and their own firm conviction and integrity to those values, will motivate team members to emulate their behavior and aspire to be like them,” she notes. Such CIOs also acknowledge, promote, and celebrate colleagues who either inspire them or can inspire their team.

Fortunately, most inspirational IT leaders are self-made, not born. Following are seven qualities to target as you begin your journey to leadership glory.

1. They roll up their sleeves and collaborate

Inspirational CIOs actively collaborate with their teams, understanding that virtually no problem is unsolvable. “The answer may not always be exactly what we initially intended, but I’ve taught the team there’s always a solution,” says Amanda Hammel, CIO of Memorial Hermann Health System. “Sometimes, getting in the weeds with the team and being part of the project is key to showing that you’re willing to work beside them to achieve a common goal,” she adds.

For an inspirational CIO, work isn’t simply a job. “Instead, it’s an opportunity to solve problems and improve solutions,” Hammel explains. When team members see passion in their leader, it inspires them to be more passionate. “They want to help solve problems and add to the pool of creative and collaborative thinking,” she notes.

Being a leader isn’t easy. It’s even harder to become an inspiring leader, observes Yang Shim, technology consulting leader at business advisory firm EY Americas. With today’s focus on verticalization, CIOs must build broad, multidisciplinary teams embracing a diversity of skills, ideas, and backgrounds. “As technology reaches all areas of the business, the CIO has more teams to engage and more stakeholders to inspire,” Shim says.

CIOs can maximize success by leading their teams in engaging and inspiring ways, putting people first. Shim believes that a CIO should wake up every morning thinking about ways to create a positive impact and drive positive results. Make it a priority to know team members on a personal level, he advises. “Build a strategy around developing future-ready talent.”

Team members should always feel proud of what they do and where they work. Let them know that they’re each contributing to something bigger, Shim says. “Prioritizing culture and investing in people is a high-return initiative for organizations.”

3. They cultivate a sense of purpose

It’s also important to instill a sense of purpose in team members. Inspire them to achieve new heights, make them feel they’re connected to something that’s bigger than themselves, says Bill Pappas, head of global technology and operations at insurance and employee benefits provider MetLife.

Team members must feel empowered to do great things, such as by sharing innovative ideas to serve customers in the ways they want to be served. “We don’t have an innovation lab or an innovation team; innovation is everybody’s job,” Pappas states.

An inspirational CIO communicates each project’s business value to their entire team, allowing each member to know how their efforts will contribute to the enterprise’s success, says Carter Busse, CIO at work automation firm Workato. Project design and execution guidelines should be fully conveyed to all team members. “An inspiring CIO will get out of the way, remove blockers, and give full credit to their team,” he adds.

4. They master soft skills, incorporating everyone into their vision

Inspirational CIOs drive their organizations forward, bringing IT into the center of business operations. Such CIOs also build strong relationships with business stakeholders. “Everyone brings different strengths and experiences to the table, and what sets great CIOs apart is their ability to leverage all aspects of their team and bring them together to build something remarkable,” says Rene Van Den Bersselaar, CIO and global head of IT at biopharmaceutical company Debiopharm.

Brainstorming with team members, collaboratively exchanging thoughts and visions, ensures that co-workers will feel inspired and an essential part of the enterprise’s vision. “Encourage people to come up with ideas and give them free space to explore, discuss, test, and even fail — all of which are learning experiences,” Van Den Bersselaar suggests. “It’s also important to position yourself as part of the team, not above the team,” he notes. A CIO clearly has a high level of responsibility, but hierarchy should never become a barrier that prevents team members from expressing themselves freely and sharing what they really think.

An inspirational CIO has finely honed soft skills, such as time management and conflict resolution, is a great communicator, and truly listens to both team members and business stakeholders, Van Den Bersselaar says. “A CIO should be a people manager and be able to formulate and articulate his/her vision as well as communicate changes within an organization in a digestible way.”

An inspirational IT leader typically assembles highly engaged teams that support the enterprise’s ability to stay on top of its game, even in a highly competitive market. “Empower others and increase decision-making velocity,” suggests Yoav Amiel, senior vice president of technology at freight transportation firm XPO Logistics. “I feel very fortunate to be leading a team of incredibly talented and creative colleagues who work collaboratively to drive progress for our industry, our customers, and our business,” he says.

Amiel recommends building an inclusive environment that inspires creativity and encourages thought diversity. “An effective CIO leads by example and creates a culture where everyone feels comfortable to share their ideas regardless of their role or where they may sit within the organization,” he says.

When teams acquire project ownership, they automatically become an integral part of the enterprise’s overall IT vision. On the other hand, be careful not to micromanage teams and their leaders, warns Barry Shurkey, CIO at digital business and IT services firm NTT Data Services. “I give [leaders] the ability to lead and to be able to run their own business, which inspires them to grow as leaders and develop themselves and their teams,” he explains.

Energized and inspired employees tend to be happy and productive employees that make our clients happy, Shurkey says. “Communication is key, so I hold frequent town halls to share our mission and make myself available through leader and employee skip-level calls [a conversation between an employee’s direct supervisor’s manager and the employee, without the direct supervisor’s presence]”.

Shurkey states that he also constantly looks for ways to improve and evolve his leadership skills. “The past few years have taught me a great deal about what it means to be an inspiring leader during a time of uncertainty,” he says. “There were many times I took a step back to reevaluate how I was leading in order to make sure I was leading intentionally and with my heart.”

IT team members can easily see through attempts at false inspiration. “Great CIOs understand that they need to have credibility with both business and technology leaders,” says Judith Hurwitz, CEO of Hurwitz Strategies, an emerging technology consulting firm. Inspirational CIOs avoid getting sucked into political battles, she adds.

Becoming an inspirational CIO isn’t the same as winning a popularity contest, notes Chris Mattmann, chief technology and innovation officer at the NASA Jet Propulsion Laboratory. Being inspirational often means taking a stand on critical issues, even if the decision may result in losing current supporters who prefer vagueness, or riling argumentative colleagues who are likely to rebel whenever their leader takes any position on a critical issue. “The important part,” Mattmann says, “is to believe in your mission, goal, and message, and to lead by example rather than by being reactionary.”