Skip to content
Home
What’s trending in... predictive analytics, data-driven decision making, DEI in tech, and so much more

What’s trending in... predictive analytics, data-driven decision making, DEI in tech, and so much more
A series of articles delivering inspiration and ideas around tech-driven intelligence, innovations within data science, and career development within tech. 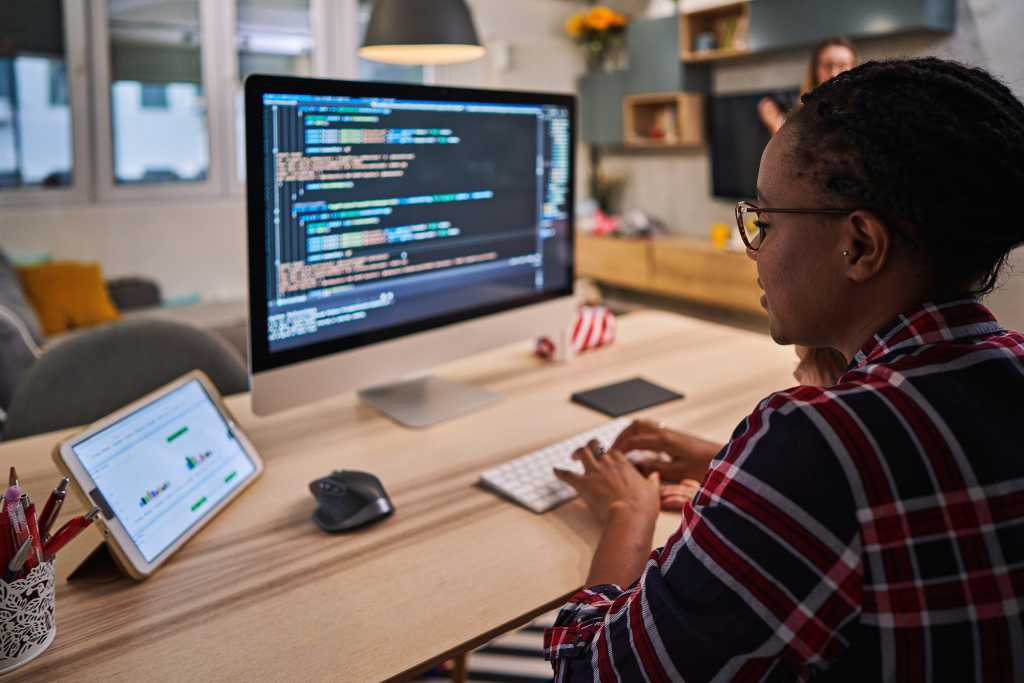 Many companies want to dramatically improve their workforce diversity. But there’s a hurdle. These endeavors are not always compatible with the widespread habit of hiring candidates who have classic qualifications and traditional career development opportunities. GfK, the market intelligence leader, is rethinking this approach and partnering with CodeFirstGirls.

When organizations recruit their new staff, they typically select candidates with traditional experience and qualifications. But the challenges faced by many individuals in accessing computer science degrees and even career promotions in tech, mean women and minorities with enormous development potential often get overlooked.

“It’s really easy to fall into the habit of concentrating on highly qualified technical personnel, taking those who have gone through a university computing route,” observes Erin Hokanson, senior operations process manager at the market intelligence firm, GfK. “Like many large organizations, we were using this approach in the past, but found we struggled to correct the imbalance in our male-female spread of tech staff, and achieve true diversity.”

GfK also wanted to challenge the standard process of bringing in consultants to fill talent gaps. While this is the fastest method for addressing an immediate need, it ultimately just postpones the problem, as the experts depart at the end of their contracts, taking their knowledge with them. GfK saw it as a real problem that junior staff only represented around 12% of its tech workforce.

GfK set about a fundamental rethink on how the company was recruiting for tech. “It became obvious that we needed to shift our tech recruitment in a big way,” Hokanson says.

The first step has been partnering with the non-profit organization, CodeFirstGirls, which provides free software coding courses to young women. GfK sponsors participants in London and Warsaw as they learn core tech skills, and move on to more advanced topics such as Java and SQL programming languages.

The best performing participants are now set to become GfK employees, and they consist of juniors just starting in the world of work, as well as older women who’ve completed studies in other fields but have decided to retrain into tech. “CodeFirstGirls helped us select an amazing group of 20 top potential candidates, which we gradually pared down to the 10 we think are the very best match for us, and us for them,” Hokanson states.

Turning away from a dominant focus on computer science degrees has been critical, she adds. “We felt it was important not to demand these women have the obvious qualifications. Those types of graduates already have relevant tech internships and alumni programs available to them. We wanted to help people for whom it was more difficult to get a foothold in tech, and this will open up diversity among our staff, and bring in new ideas and fresh thinking in our teams.”

Matchmaking: The critical factor to a long-term pipeline

Typically, when employers sponsor courses such as those offered by CodeFirstGirls, the successful applicants are funneled into standard entry posts. GfK is taking a more tailored approach, that focuses on “matchmaking.”

Hokanson personally matches the needs of different parts of its tech team with the specific incoming hires from CodeFirstGirls, to optimize the use of their individual talents. And it doesn’t stop there. GfK focuses on long-term support, placing these new hires in balanced teams, alongside more experienced members who are directly available to support them with knowledge sharing and ideation.

“I’m not looking to simply bring in people, I want to help them be a long-term part of the organization,” Hokanson says. “I think, ultimately, success will be measured by how long they stay and how they grow.”

The new recruitment strategies are likely to be expanded over time, and Hokanson hopes they will involve many more hires. “We are really committed to large-scale change, rather than simply paying lip service. We want to see great people coming into these roles, and staying and growing,” she says. “Ultimately, we’d like to see this build towards a situation in which these schemes are no longer needed, because the diversity is there. We’re excited to play our part in the change.”

GfK is recruiting! We have various tech roles open and welcome applications from people with or without a tech background. Find out more at gfk.com/careers.