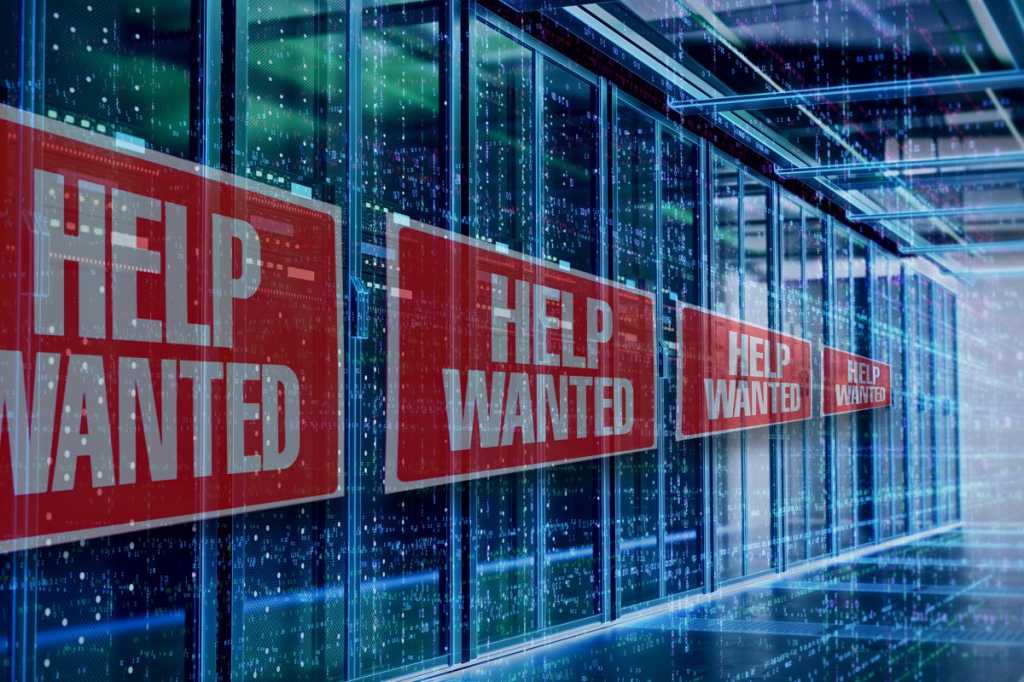 The pandemic has caused abrupt upheaval and irreversible changes to working patterns, habits and locations, resulting in a proportionate demand for new roles and skills to accommodate the new paradigm. Of course, tech is always central to change, especially where digital skills, cybersecurity and data analytics are concerned, and according to a report from KPMG published in August 2021, 68% of Canadian businesses struggled to hire skilled tech talent to foster measurable growth.

Nearly a year later, the situation appears to be just as dire.

“It’s bad,” says Paul Lewis, chief technology officer at Pythian, an IT consulting and managed services provider based in Ottawa.

For one thing, people leaving their existing roles tend to be those who have been in them for five to 10 years, which is a big issue because that’s where all the intellectual property happens to be, according to Lewis.

Another problem, according to Lewis, is that people applying to replace these individuals are asking for anywhere from $50,000 to $100,000 more than what the original staff members were making. But it’s the more prestigious tech firms in Canada, such as Google, Amazon, and Microsoft, as well as tech startups in Ontario’s Kitchener-Waterloo area, often referred to as Canada’s Silicon Valley, that can afford to accommodate those demands.

“So, your brand, say a bank, is less attractive to the types of resources you need [to hire],” Lewis said. “Now, not only do you have to pay $350,000 for data scientists, those data scientists won’t even apply for the roles at your organization.”

There is definitely an IT skills shortage in Canada, especially in terms of emerging technology skills, such as AI and machine learning – and it has existed for the past few years, said Nasheen Liu, partner and SVP, CIO program strategy, the IT Media Group, a CIO-focused media company based in Toronto.

The fact that there’s an IT skills shortage is not new, but what is new is that the pandemic really caused a power shift, she said. In the past, it was an employers’ market, whereas now it’s more of an employees’ market.

“In Canada, we’re in middle of, not really a great resignation, but I would say a great retention from a leadership perspective, and it certainly is a great awakening,” Liu says.

Surveys conducted by a number of organizations have revealed that a very daunting percentage of the workforce is shifting or is considering a change, especially since 2021, she says.

“But the reality is that we don’t need to reference a report to appreciate the severity, we can just look at our LinkedIn networks and see people announcing job changes on a daily basis,” Liu says.

She agrees with Lewis that organizations are losing talent because their skilled IT workers are looking to the tech startups in the “Silicon Valley of the North.”

However, these smaller startup companies are also competing with the Metas, Amazons, and Googles of the world that are paying enormous amounts of money to attract talent, especially new talent from some of the top universities, she says.

“Even though the startups are trying to come up with very competitive offerings, they’re still losing out to those [mega] companies, as are the companies in the small to midsize market,” Liu says. “So, both these types of organizations in particular are feeling the pain of the IT skills shortage.”

The fact is that now people get to choose their jobs based on what’s important to them, says Trevor Hawkins, regional vice-president at Toronto-based Experis Canada, an arm of ManpowerGroup. The people looking to make as much money as humanly possible are going to the big firms, but other people are looking for jobs that will allow them to have the best quality of life.

“Maybe that’s working remotely, maybe it’s not working your standard nine to five,” he says. “Because there are so many opportunities out there, we’re seeing people choose their organizations and the roles that are best for them and their families.”

How to win the talent war

The IT skills shortage is very concerning for technology leadership – but it’s not a new topic, Liu says. In the last 10 years, winning the IT talent war has always been a topic dominating her company’s conversations with CIOs.

“But what’s different, at the beginning of last year in particular, is the degree of frustration and urgency coupled with self-reflection that sort of surfaced in those conversations with my CIO community,” she says. “CIOs are asking questions beyond just how they can acquire more talent.”

They also want to know why they’re losing talent at this speed and how they can create conditions to attract, nurture, and retain talent. IT leaders at companies of all sizes have to continuously work on retention, and retention happens when people feel empowered, when they feel that they can align their purpose with the company mission, she says.

One of the key employee benefits that has emerged since the pandemic is flexibility, according to Liu. Before, people treated flexibility as a privilege, but now they see it as a given, as a necessity.

“As we’re migrating back to the office environment again, IT leaders, whether they’re in those huge companies or the smaller companies, are all struggling with how they can implement a hybrid culture that is just as productive, effective, and accommodating to all of their employees,” she says.

To deal with this issue, some companies are opening contracting opportunities to everyone on a trial basis rather than hiring full-time employees from the outset, Liu says.

“Then we can make sure these are the right people who want to stay with us that are aligned with our purpose and with our mission and vice versa,” she said. “That’s one strategy.”

Another strategy is that these IT leaders rely even more on the vendor community, according to Liu.

“Rather than looking in-house and doing everything themselves, from writing software products to supporting that service, they’re looking at the vendor community, which is already spending a lot of R&D dollars on [developing] these type of services and offerings, and [identifying] how they can engage them.”

Is there an end in sight?

While it’s hard to say what the IT skills shortage will look like in the years to come, Hawkins says he doesn’t see it slowing down at all.

“We’re continuing to see that the organizations we work with are continuously needing more high-quality people who are working on mission-critical applications within their organizations,” says Hawkins “I don’t see it slowing down. But this could change over time.”

Lewis says the perspective of the CIOs he’s spoken with recently is that the IT skills shortage in Canada will last at least two more years.

“We haven’t gotten to a point where it has started to slow down yet,” he says. “I’m not sure we’ve passed the peak or we’ve even hit the peak.”