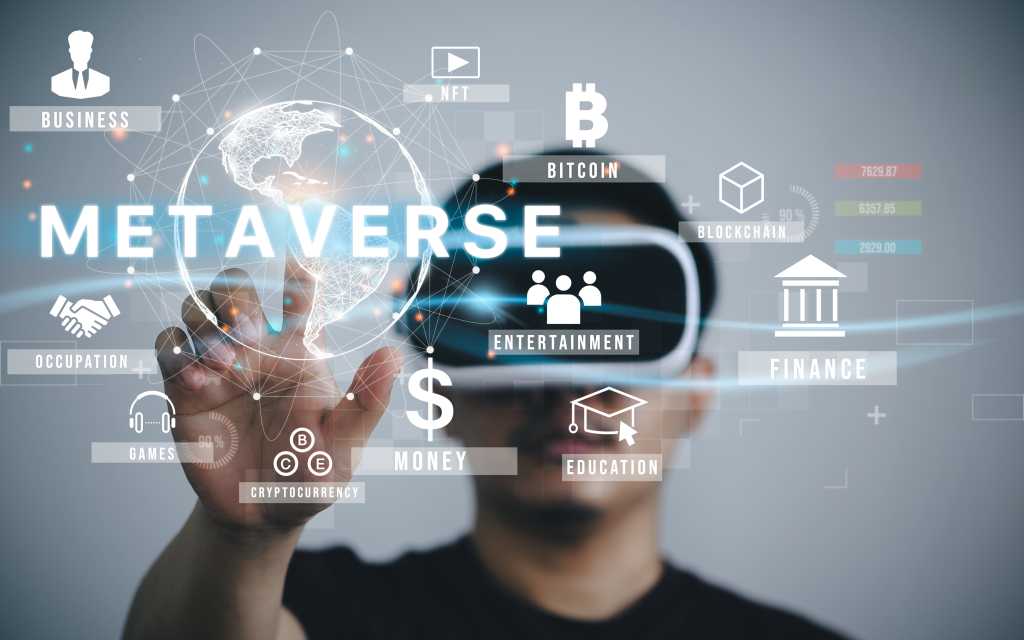 For the past forty years CIOs have labored to retrofit, rearchitect, and ultimately replace underfunded and underappreciated legacy infrastructures in hopes of delivering the full benefits associated with periodically occurring waves of transformative emerging technologies.

Debate now rages in IT and digital communities regarding what will be the seismic technological shift of the 2020s. Some argue the metaverse will be the next dominant computing platform. Despite lukewarm user demand for metaverse capabilities to date, the time is right for enterprises to be conducting experiments and prototypes in this potentially disruptive space.

To help CIOs figure out what they should be doing with the metaverse, I queried a select group of CXOs at large enterprises about their metaverse plans and immersed myself for several weeks digesting and synthesizing as much information as possible on the topic, including a series of exercises I posed on various social media platforms.

I asked executives to complete the sentence: “The metaverse is ______.” The responses covered the full spectrum ranging from total skepticism and hostility — e.g., “a bunch of really interesting ideas on a whiteboard, that probably won’t actually happen” — through mild interest to evangelical belief. Some believe the metaverse is “a thing, not necessarily the thing”; “evolutionary, not revolutionary”; and should be viewed “merely an extension and rebranding of virtual reality.” One breathless proponent insisted the metaverse is a “parallel virtual plane of existence,” while another claimed it was “a moral imperative.”

Observationally, most agree that the metaverse could be “a place,” that is, an environment where people spend time, and “a platform.” Most executives also believe the metaverse is definitely “a phenomenon” and might be “an opportunity.” At the least, it should be viewed as “the latest step in the overall digitalization of social activities,” most believe.

Research indicates that supply-side organizations are spending big on the metaverse. Meta Platforms, parent to Facebook, is spending approximately US$10 billion per year on metaverse initiatives and plans to continue doing so for the foreseeable future.

Goldman Sachs sees potential for the metaverse to grow into a US$8 trillion market by 2025. Morgan Stanley and Bank of America are also bullish on the metaverse’s prospects.

Still, when asked what images, thoughts, and impressions come to mind when they think about the metaverse, most executives told me they say the metaverse being no different from the early 2000s conception of wearing a VR headset and haptic suit while driving a flying car to your perfect pretend mansion in a soothingly sanitized alternate reality.

If that’s the conception, it’s little wonder few CIOs have spent serious time thinking of the possibilities for their enterprises.

It’s helpful, at times, to think of any new technology using a train metaphor: Someone must invent the train (i.e., the new technology); someone must lay the tracks; and someone must ride the train for the invention’s potential to be fully realized. This last group represents those who buy and deploy the technology — a seat set squarely for the CIO.

I asked executives to place themselves on a spectrum of:

Most executives placed themselves somewhere beyond “there is no train” and closer to “there is a train and I should probably be on it.”

A heavily networked CIO at a major energy company explained, “None of the corporates are playing with it and it’s still pretty fringe outside of the Facebooks of the world.” The former managing director of a major venture capital firm admitted, “Metaverse, I am not even a tourist in that world.” And a Texas tech magnate insisted, “I know lots of smart people and none of them can even spell metaverse.”

So, if the potential is something that can be realized, perhaps IT leaders will soon find themselves in the third group, having been left behind, if they don’t start investigating soon.

Get on the train

As with any emerging technology it is never a bad idea to ask, “What problem might this new technology solve?”

Mike Conley, CIO and senior vice president of the Cleveland Cavaliers and Rocket Mortgage FieldHouse, is doing exactly the right thing regarding the metaverse.

He is experimenting and prototyping in the metaverse space seeking to engage the 99% of fans who will never actually attend a game. The Cleveland Cavaliers basketball team as a brand has more than 30 million followers globally. Historically, the primary focus for sports organizaitons has been on the 1% of fans that physically come inside the arena.

The metaverse has the potential to change that.