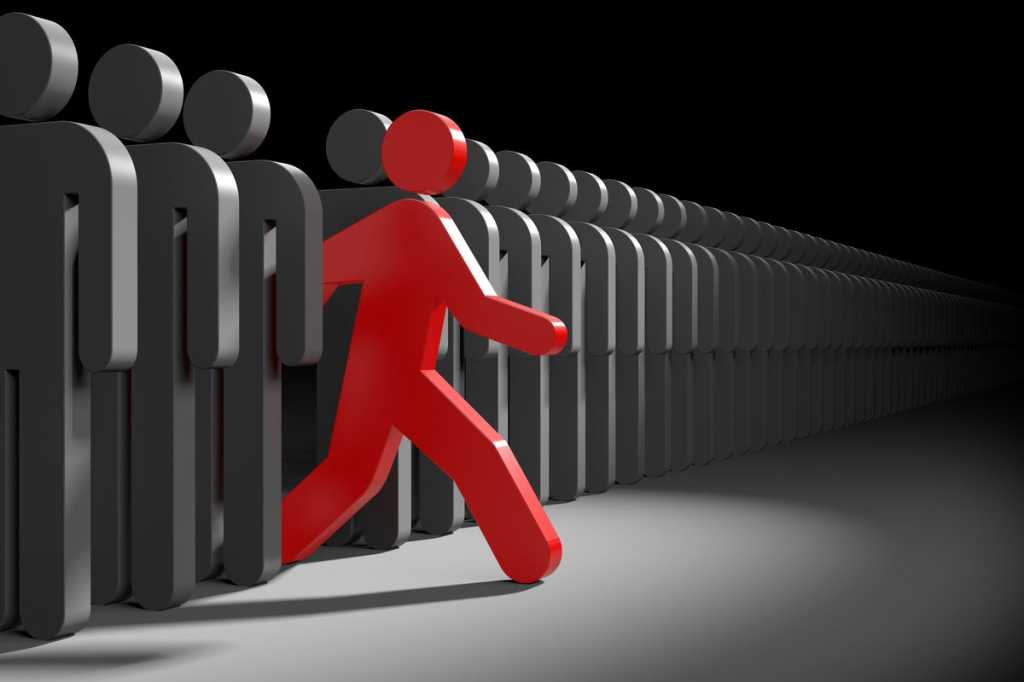 Technology today has become the fulcrum for achieving business goals. With enterprises across verticals increasingly realizing the value of IT, career opportunities abound for CIOs willing to make the switch from one vertical to another. Doing so can provide financial gain, but there are other compelling drivers for IT leaders to make the shift — as well as unique challenges for ensuring success.

Rajiv Batra, for instance, worked in the telecom vertical for over a decade before making the switch to Mumbai-headquartered media and entertainment conglomerate The Times Group, as its Group CIO in 2016.

“Professionally it’s very satisfying and lends you the confidence that you can manage IT in any business set up,” says Batra, whose telecom work included roles at Bharti Airtel, Reliance Communications, and MTS as corporate VP and chief architect, president of IT, and CIO, respectively. “Such a move also fortifies a CIO’s standing in the industry as a risk-taker. The level of challenge and the amount of learning that come from working in a new vertical are humongous.”

For Gyan Pandey, who quit the pharmaceutical sector after more than seven years to join consumer durables company Voltas as its chief digital officer, there were both personal and professional reasons.

“It was difficult to keep shuttling between work as the global and group CIO at Aurobindo Pharma in Hyderabad and my family in Mumbai. Besides, the pharma sector is extremely regulated, which leads to a very slow pace of technology adoption. I was doing lots of proofs-of-concepts, but the actual implementation wasn’t happening. Professionally, I wanted a more fulfilling role, which made me look for other options,” says Pandey.

Whatever the reasons — personal, professional, or financial — switching verticals is never easy. Enterprise IT leaders need to properly weigh the challenges before taking the leap.

For those interested in making the shift, here are some important takeaways about winning the new role and quickly making your mark in the new vertical from CIOs who have been there and done that.

Proving you’re ready for the leap

Each vertical has its specific challenges, business goals, and expectations from the CIO, and IT leaders should be prepared to address these through several rounds of high-powered interviews during the hiring process.

In the fast-moving consumer durables market, parameters such as cost cutting and return on investment (ROI) are important. In February 2022, Nitin Dhingra, heading the digital initiative at two-wheeler manufacturer Hero MotoCorp, joined as chief digital officer at sanitaryware company Hindware. One of the questions he was asked in the interview when he changed his vertical was how he delivered ROI on IT projects.

“It is tough to deliver ROI in the manufacturing vertical. I shared a few case studies, which showed how I pulled the plug on certain projects that didn’t meet earlier assumptions. I also communicated how I converted some projects that were delivering moderate results into more successful ones. Responses to such questions automatically reflect not only the candidate’s technical knowledge but also whether he/she is a leader, follower, or somewhere in between,” he says.

For Vinod Bhat, who spent 28 years in the technology vertical at IT services and consulting company TCS before taking over as the CIO of Vistara Airlines in 2021, demonstrating global experience and the ability to handle large implementations were key.

“You need to articulate how are you different and what do you bring to the table,” says Bhat, whose tenure at TCS enabled him to “work with CXOs of 15 different verticals to drive digital transformation in their organizations.”

In addition, Bhat had the advantage of global exposure. “I have held leadership positions in the US, Europe, Canada, the UK, and APAC geographies for over 15 years, and managed large projects that included taking care of margins, driving business benefits for customers, and ensuring delivery,” he says. “Working in different countries also gave me an understanding of different cultures and enabled me to drive multi-cultural teams.”

“Before facing the interview, one should understand the profile and structure of the organization, the challenges that the company is facing, and what are the expectations of the leadership from this role,” says Singh, who made the switch to realty after six years in the retail industry. “I spoke to my CIO friends in real estate to understand the business and its challenges. Besides reading the annual reports and whitepapers, I also tried to understand the thought process of the leadership by watching their YouTube videos and interviews in the pink papers.”

Singh adds that switching his domain after every five years or so also worked in his favor, as it “showed that I am a risk-taker and a go-getter.”

For any new CIO post, organizations often seek candidates experienced with their specific technology stack. IT leaders switching verticals may come under a little more scrutiny given the industry leap they are already making. Here, doing your research and emphasizing process are key, says Pandey, who encountered this situation while interviewing for Voltas. At Aurobindo Pharma, he had worked on Oracle ERP whereas Voltas leveraged SAP ERP.

To convince Voltas, Pandey took a straightforward approach: “I told them about the various business pain points that I had overcome in the pharma sector, and I was aware of the technologies available in the market that could do the same for their vertical also, which I could prove after joining them. The board saw merit in what I said,” he says.

Strategies for succeeding in a new vertical

Getting hired is only half the battle won. To win the other half, a CIO must adjust to the new vertical and start delivering as soon as possible, often within the first 90 days. Here are some strategies that CIOs adopted to prove that they were the right fit for the new vertical.

Invest time in understanding the business and technology

Most companies have intensive induction processes, and a new CIO should make the most of this time to get acquainted with the business and technology environments of the organization, Bhat says.

“I spent the initial settlement period in one-on-one meetings with the top management. This helped me in getting insights into the history of the company’s strategy, projects, and programs,” he says. “Besides getting a grasp on the pain point of business, I also realized the difference in the approach to technology.”

Whereas TCS had used off-the-shelf mainstream technologies, Vistara Airlines leverages SaaS solutions in a distributed manner, including industry-specific platforms. “The time that I invested listening to people brought me on the same page as the leadership,” says Bhat.

Dhingra agrees with this approach and says, “The automotive vertical has company-owned dealerships that sees exclusive visitors per day. We used to run analytics on the footfalls and get valuable information. However, this strategy could not have worked in Hindware, as the company had a multi-brand store-in-store marketing strategy and witnessed non-exclusive visitors. Spending time to know the dynamics of the business provides a much-needed context to the technology you aim to implement.”

Similarly, Batra spent the first six to eight weeks getting to know various aspects of The Times Group, including editorial, distribution, sales, and printing. “While in MTS, the expectation was to launch services as-soon-as-possible for the revenue to come in. In The Times Group, the expectations were to take the 180-year-old company from legacy to digital. This could happen only once I had complete understanding of the business to get the core systems in place,” he says.

Build consensus with the team and business leaders

For a CIO who shifts from a technologically advanced vertical to a legacy vertical, there is scope to do a lot. Management, however, may not share the same urgency. CIOs are best advised to build consensus before throw their weight around.

“At MTS, we were using data lakes, data warehouse, and analyzing millions of customer records on the fly. The billing happened through the CRM. Times Group, on the other hand, didn’t even have a CRM,” says Batra. Rather than impose his plans, Batra decided to demonstrate the value of IT to earn management’s trust. “I went for small wins first before hitting large goals.”

Within six months of joining, Batra was able to stabilize The Times Group’s basic editorial workflow system. He also sold management on how a CRM could help advertisement sale and customer care. “In serendipity, deploying one helped us in regaining business fast after the pandemic,” he says.

Having built consensus, Batra then went on to shape bigger projects, including implementing SAP HANA. He also deployed RPA across several departments; transformed the e-paper; and enabled digital payment through touch points that were not available earlier.

The grace period a CIO switching verticals may have doesn’t last forever. “One starts feeling the heat sooner than later,” says Singh, who suggests an agile approach to manage expectations and deliver results fast.

“Instead of working on one big project with a big timeline, a CIO should work on several smaller projects in parallel. The aim should be to plan multiple activities with different timelines so that projects go live in a staggered manner and the management sees continuous action from the IT department in terms of process refinement, consolidation, and digital innovation,” he says.

“When I joined Puravankara, a major ERP transition from Ramco to SAP was already in progress. While I ensured the rollout happened as scheduled, I maximized the time by automating several manual processes, conceptualizing how the entire CX journey could be digitized, and built a roadmap for new technologies such as AI and ML that could be leveraged to draw business insights and predictions,” says Singh.

In getting up to speed, you may encounter gaps in the IT infrastructure, or find that several important technology implementations are troubled or pending. While it is easy to blame it on the outgoing CIO, one should avoid doing so.

“The new CIO should realize that the predecessor took those decisions in different circumstances. Maybe the company didn’t consider IT as critical at that time or there could have been a budget squeeze,” says Pandey.

“Look at the new organization as a clean slate. Draw a list of all critical projects and prioritize them. Understand the budget needed to implement them and sensitize the top management accordingly,” he says.

And if budget is not allocated immediately? “Consider this as a blessing in disguise because it gives you time to set clear goals and prepare in terms of building the bandwidth for the projects,” Pandey adds.

Last but not least, IT leaders must be passionate about the new vertical and role. A raised salary alone can’t be enough of a motivating factor. There must be a serious inclination to take up the new challenge.

“I am very passionate about IT. The fast-moving consumer durables sector is growing steadily, and is now gaining momentum towards digital. I saw a lot of work and fulfilment for myself. I could start from scratch and satisfy my passion for building both the enterprise as well as satellite applications,” says Dhingra.

“The business is already seeing a lot of transformation and IT must enable it to deliver more. This can become possible only when the technology leader enjoys the role and passes on positive vibes to the business and the digital team,” he says.