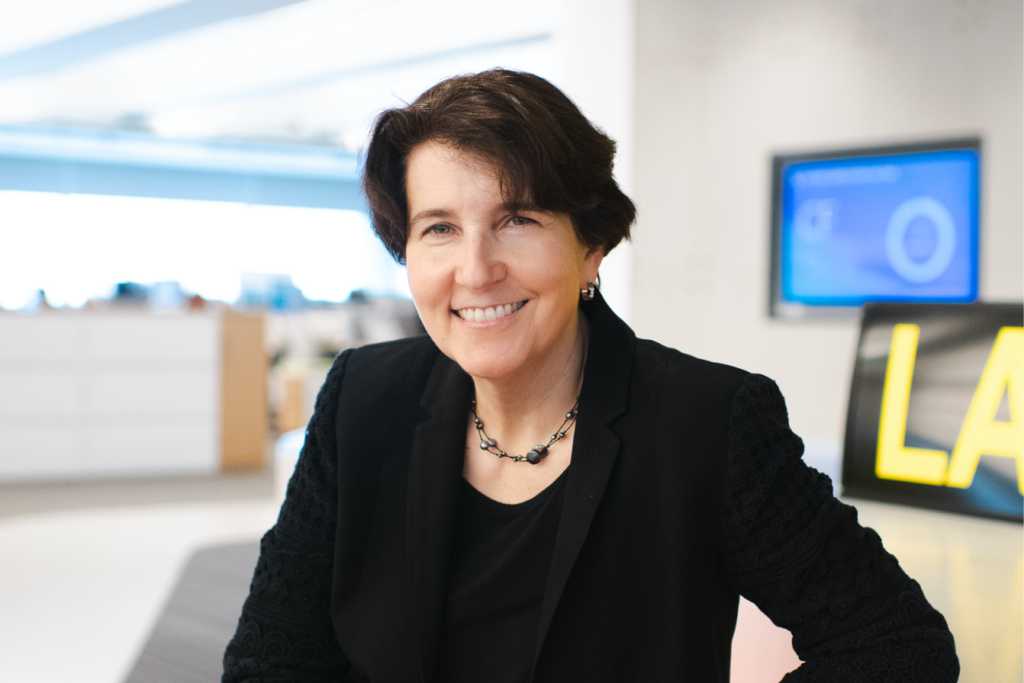 In the wake of the COVID-19 pandemic, airlines have struggled with bad weather, fewer air traffic controllers, and a shortage of pilots, all leading to an unprecedented number of cancelations in 2022. According to Reuters, more than 100,000 flights in the US were canceled between January and July, up 11% from pre-pandemic levels.

American Airlines, the world’s largest airline, is turning to data and analytics to minimize disruptions and streamline operations with the aim of giving travelers a smoother experience.

“Touchless, seamless, stressless. We’ve always had this vision, but it’s been hard to realize with the legacy systems and infrastructure we have,” says Maya Leibman, outgoing executive vice president and CIO of American Airlines. “As we modernize, we make more and more strides towards our vision. In the future, maybe airports will just be called Sky-Stops because, just like your average bus stop, they’ll require no more effort or stress than just simply showing up and getting on board.”

Leibman, who stepped down on Sept. 1 in favor of incoming Executive Vice President and Chief Digital and Information Officer (CDIO) Ganesh Jayaram, drove a major transformation of the 86-year-old airline to embrace data-driven decision-making.

“We have been on this transformation journey for a few years now, and prior to the pandemic we implemented a product mindset by restructuring our squads around our newly developed product taxonomy,” Leibman says. “This was a huge change for our teams. But because we had laid the foundation in 2019 for a product-oriented DevOps culture, we were able to pivot and reprioritize our work to quickly address pandemic-related customer issues, such as making it easier for customers to use travel credits from canceled flights.”

Leibman notes that American Airlines operates every hour of every day. It always has planes in the air around the world.

“We are an industry where our product is being consumed as it’s being produced,” she says. “The biggest challenge is turning that data into actionable insights that can be acted on easily and seamlessly in real-time in this 24-7-365 environment.”

Taking to the cloud

Luckily, Leibman has had an ace on her side. Poonam Mohan, vice president of corporate technology at American Airlines, oversees many of the airline’s AI and data analytics initiatives and has been fundamental to implementing Leibman’s vision.

“We moved our major data platforms to the cloud and implemented data hubs for Customer and Operations,” Mohan says. “These systems allow real-time data from many of the massive moving parts of the world’s largest airline to be used not just for understanding how events affected us in the past, but rather allowing us to improve customer and operational outcomes as they happen.”

Mohan notes that her team simultaneously created DataOps frameworks that have improved the airline’s ability to ingest and consume new data sources in a matter of hours rather than weeks.

American Airlines has partnered with Microsoft to use Azure as its preferred cloud platform for its airline applications and key workloads. The partners are applying AI, machine learning, and data analytics to every aspect of the company’s operations, from reducing taxi time (thus saving thousands of gallons of jet fuel per year and giving connecting customers extra time to make their next flight) to putting real-time information at the fingertips of maintenance personnel, ground crews, pilots, flight attendants, and gate agents.

“When the pandemic started, all of a sudden we were canceling thousands of flights as travel bans were implemented. As a result, we were issuing a lot of refunds to customers who had their travel plans canceled because of the pandemic. To handle the incredible volume that our customer service agents were dealing with, we used machine learning and automated ingestion and processing to help with the volume and to get our customers their refunds processed faster,” Mohan explains by way of example.

When it comes to taxi times, an intelligent gating program deployed at the airline’s Dallas-Fort Worth (DFW) hub, is providing real-time analysis of data points such as routing and runway information to automatically assign the nearest available gate to arriving aircraft, reducing the need for manual involvement from gate planners. The program is currently reducing taxi time by about 10 hours per day.

The airline is migrating and centralizing its strategic operational workloads — including its data warehouse and several legacy applications — into one Operations Hub on Azure, which it says will help it save costs, increase efficiency and scalability, and progress toward its sustainability goals.

“We are focused on automation in every function of the company,” Mohan says. “Robotic process automation has allowed us to automate a large number of repetitive manual processes in Finance, Loyalty, Revenue Management, Reservations, and HR, just to name a few. Combining automation with machine learning for natural language processing is very effective in helping solve many customer-facing issues.”

Mohan also notes that the company has just scratched the surface of how digital twin and AI can help its operations and enhance the customer travel experience. Two of its more recent ML programs, started this spring, include HEAT (short for Hub Efficiency Analytics Tool) and the aforementioned intelligent gating program.

“So far, we’ve been pleased with the results as it has reduced the number of cancelations during a weather event,” Mohan says. “While customers may be delayed, we are able to get them to their destinations as opposed to canceling their flights.”

As for the intelligent gating program at DFW, Mohan says that in March American Airlines was able to save nearly two minutes per flight in taxi time, which totals 10 hours per day.

“We have reduced the instances where gate separation is more than 25 minutes by 50%,” she says. “This is directly related to the scenario we all have to face: Our flight actually arrives early but then we sit on the tarmac waiting for our gate to be cleared. Spreading the time out between when the previous flight leaves and when the next one arrives reduces that frustrating scenario.”

Mohan says the program has also helped the airline reduce the number of “close in” gate changes by 50%. These events are particularly annoying to customers who then have to hustle to a new location in the airport.

To drive all these changes throughout IT and the wider company has required building and maintaining the right culture. Leibman notes that she has an entire team dedicated to delivery transformation within the company. That team’s primary focus is to build the company’s culture around continuous learning and to engage business partners to adopt DevOps and product-based practices. Internally, they’ve developed an immersive coaching environment called “the Hangar,” to create space for product teams to work closely with coaches.

“We’ve also been building a developer experience platform, called Developer Runway, to create a frictionless experience for our developers to build and deliver applications,” Leibman says.

The platform enables teams to build and expose their services. Teams across the technology organization work directly with the Runway platform and the developer community is then able to leverage what is exposed on the platform to simplify their delivery experience.

“What is hard with a big company is that people like consistency, standards, and predictability, so processes get built around those things and it’s like a fence that prevents innovation,” Leibman says. “We can’t hire people and put them in a tiny pen because they’ll never achieve what we hired them for. As leaders, we need to have the judgment to understand that while we need standards and consistency, we can’t have it at the expense of people thinking their best thoughts, spreading their wings, and producing new, innovative approaches — not just to what we are doing but how we are doing it.”