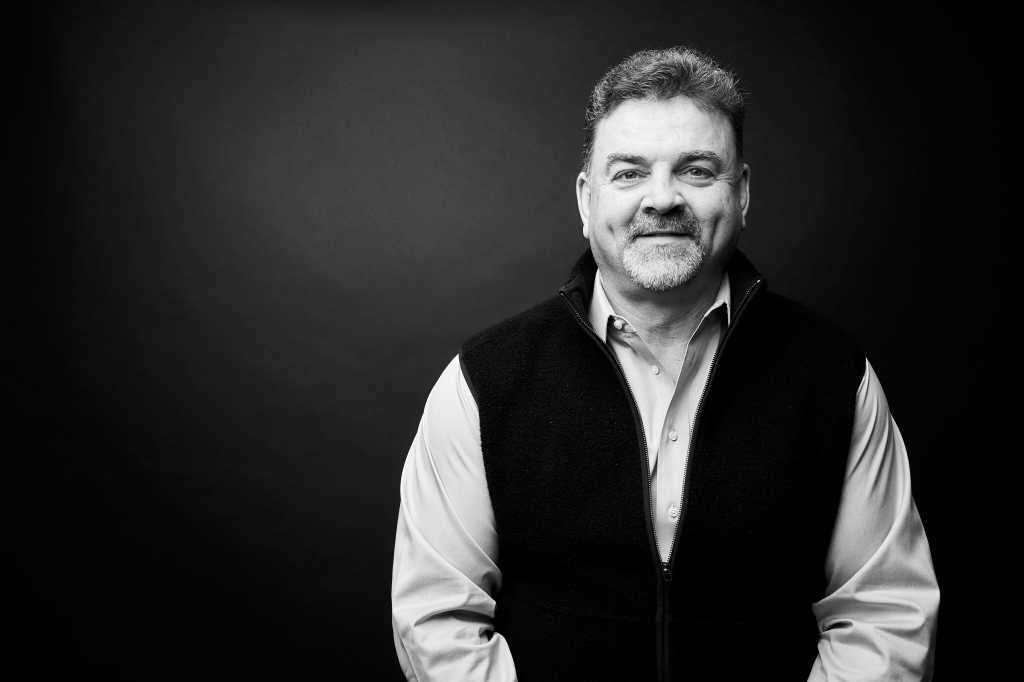 Ralph Loura’s journey to his current role as Lumentum’s senior vice president IT and CIO encompasses some of the most well-known technology and consumer products companies around, including Rodan + Fields, Hewlett-Packard (HP) Enterprise Group, Clorox, Cisco, and Lucent Technologies.

Along the way, Loura has been recognized time and again as an inspiring, transformational CIO whose innovative approaches create real business value. Among other accolades, he was named Consumer Goods Technology’s 2013 CIO of the Year and was the 2021 recipient of the Bay Area CIO of the Year ORBIE award for Leadership.

One of the things that sets Loura apart as a leader is his ability to build connections, careers, and communities. When I sat down with him for a recent episode of the Tech Whisperers podcast, we had a chance to explore how his leadership philosophies have not only enabled his successes but also the successes of those around him. Afterwards, we spent some more time on what makes him such a master communicator and storyteller and how the attributes of H.E.A.R.T. (Humility, Empathy, Adaptability, Resiliency, and Transparency) have become fundamental to his leadership style. What follows is that conversation, edited for length and clarity.

Dan Roberts: You are known for doing an amazing job navigating that tricky balance between grace and grit. How do you lead with compassion and kindness while holding people accountable, managing uncertainty, and delivering results?

Ralph Loura: I really feel that in this virtual, automated, machine-driven world, connections with real people still matter the most. It’s like the old adages say: People work for people, they don’t work for companies; and people don’t leave companies, they leave managers. That’s why leading with humility and empathy is so important.

In his book The CIO Edge: Seven Leadership Skills You Need to Drive Results, Graham Waller advises ‘embrace your softer side’ and ‘build people, not systems.’ It is important to note, though, that softness doesn’t preclude toughness. In fact, those deep relationships set the foundation and make the tough stuff easier because the feedback comes from a place of caring not criticism.

I also read in a study that many exceptional leaders can point to a time of crisis in their life that pre-dated their rise as an outstanding leader. I think the self-reflection, humility, and empathy that is manifest during those hard times is an important foundation of great leaders. I’m not suggesting you seek times of failure or rebirth, but when they do happen, make sure you put in the important work on self.

Adaptability and resiliency are essential, but transparency is the other attribute I feel very strongly about. I try to be as transparent with my team as possible, within privacy or other constraints. We all want to be treated with respect and spoken to honestly. If you treat people like adults, they will behave accordingly. If you treat them like children, filtering information and not sharing ‘adult’ topics like budget or staff cuts, then they will act accordingly as well.

When you accepted the Bay Area’s CIO of the Year ORBIE Award for Leadership, you shared ‘five simple thoughts’ about leadership. Can you unpack those a bit?

The five simple thoughts are:

There’s so much I could share here, but let me unpack just one of the topics, the importance of storytelling. As you’ve heard me say in the past, I think words are important, and the difference of a word or two can make a huge difference. For instance, people talk about ‘politics’ and how they want to avoid corporate politics, or about ‘marketing’ IT and that they don’t want to waste resources on trying to convince internal users on something. However, if you realize that politics is just another word for relationships, and marketing is about more effective storytelling so that people better understand where you are coming from and what you have done or intend to do, then you look at those activities very differently. Everyone would agree on the importance of good internal relationships and on how critical it is that people understand the work of and the intent of the IT organization.

It’s interesting, but I think there are great thinkers and great doers and good leaders find balance in the two modes. I’ve seen some great PowerPoint decks, real masterpieces of strategic thinking and marketing, but it is like a movie script or a joke —  a huge part of what makes it successful is in the acting or the telling. Or in PowerPoint deck’s case, the doing.

One way I try to stay aware to this is through mentoring others. I’ve been honored to have a number of people ask if I’d be willing to mentor them, and I limit it to two or three people at a time, but I’ve almost always met with people on a monthly basis to mentor them. I find I get as much out of these sessions as they do. By talking about challenges and revisiting my past experiences it keeps some of those lessons current enough that I am reminded to apply the learnings more regularly. I think it keeps me more present in the ‘doing’ work so I am more grounded, as opposed to some of the thinking work, which I am at times more drawn to.

In the podcast we talked about our passion for challenging CIOs to think about how they and their people ‘show up.’ Too many are still in that comfort zone where they say, ‘Tell us what you want and we’ll go do it,’ which is how they end up being branded as order-takers. Why should IT leaders want to get out of that comfortable order-taking mode? You talk about it as the lens vs. the mirror.

About a decade ago when I was CIO at The Clorox Co., I came up with this concept I call the lens not a mirror. Essentially, the idea is that people who simply listen to the customer and then do what they ask for are only moderately useful. They are limiting the value they offer to what the customer thought to ask for, or could envision and describe. If instead you bring broader ideas and inspiration to the discussion, you bring experience from different disciplines or industries to a conversation, you can potentially deliver more value.

At that time, we were going through an historic change in the way consumer packaged goods companies engaged with their customers. It was the beginnings of the move to a more digital engagement model and a different distribution model that included more e-commerce and more online influence in the purchasing journey map and less dependence on the historic six to eight retail channel partners that represented 80-90% of consumer buying. By looking at the way disruptors in other industries were applying technology to disrupt their business models and bringing that inspiration to ours, it allowed us to have a broader lens on the problem — not just a mirror of the internal way it had been done for a century. We created an initiative we called ‘Now to Next’ that was the basis of a culture and strategy change for IT that allowed us to bring this broader lens to the discussion. Among other things, it was work coming out of this effort that won The Clorox Co. the CIO of the year award from Consumer Goods Technology (CGT) Magazine at the time.

I was recently doing a bit of surfing on the internet and came across an article published in 2019 that seems to support my concept but looked at in the area of philosophy and psychology. I was really tickled to find this work as a sort of independent validation of some of my ideas and experiences.

When it comes to your career journey, you have taken a different route than many. Looking back at the experiences you’ve had, what advice would you offer our readers based on your career success story?

I’m not sure I agree with the framing of the question. While I am very proud of the accomplishments of my organizations over a long career, I have just as many — maybe more? — spectacular failures as I’ve had amazing successes. Those failures have shaped my approach to nearly everything.

One of the core lessons I’ve learned from all of it is to remain open. I’ve gone from an R&D career path to IT. I’ve gone from high tech to life sciences to consumer goods to direct selling and then back to high tech. I’ve gone from Fortune 1000 to sub $1B to Fortune 500 to Fortune 50 to sub $1B and back a couple of times. I’ve lived and worked in six different states. Basically, I’ve looked at my career and, to a larger degree, my life, as an adventure and have been open to new experiences, new people, and new learning opportunities along the way. I’m not saying it’s the answer for everyone, but it’s been my adventure and one I’m grateful to still be on.

For more from Loura, tune into the special two-part episode of the Tech Whisperers podcast, featuring insights, advice and inspiration for IT leaders culled from this award-winning CIO’s deep leadership playbook.