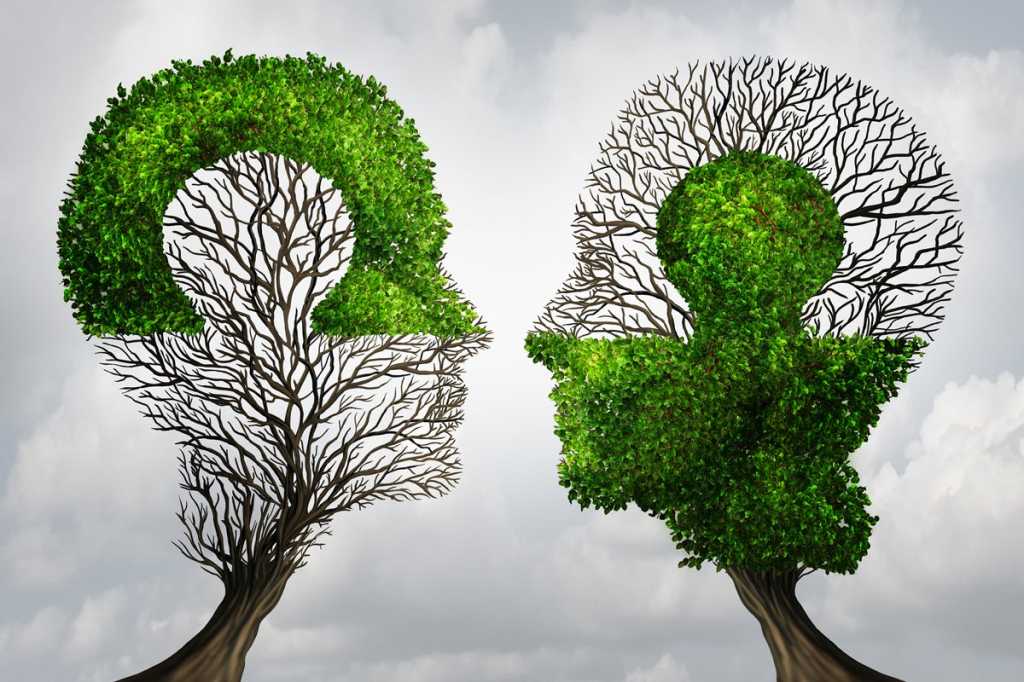 Not every IT project can be completed end-to-end with in-house talent. For CIOs who lack the full-time technical resources needed for deploying a solution, such as an ERP or a CRM system, often for the first time in their organizations, an implementation partner can play a key role in the project’s success.

Implementation partners offer CIOs broad experience and expertise in deploying solutions at a range of companies. The learnings thus accrued for partners can be leveraged by CIOs for their own implementations to avoid common mistakes and save a lot of time and effort.

Moreover, implementation partners provide the all-important bandwidth needed for a successful deployment of standard applications, allowing IT leaders to focus on more critical areas of the business.

As Naresh Pathak, CIO at Gurgaon, India-based civil construction company GR Infraprojects Limited, says, “I have 15 members in my SAP team but majority of them have functional rather than technical roles. Therefore, the in-house team can make only small tweaks in the workflow. For any major change, we must seek external help from a partner. Also, it is increasingly becoming tough to retain technical talent, more so after the pandemic. If crucial resources leave in the middle of a project, filling up the position takes time as the recruitment process is long. An implementation partner provides us dedicated resources to ensure our projects continue seamlessly.”

Implementation partners strive to deliver on time as their payments are linked to the delivery of the project. Also, the partners help in documentation of the project and in retaining and transferring the knowledge within the organization — attributes that are crucial for the overall long-term success of any technology project.

But not all implementation partnerships go smoothly or end up being successful. Several issues can crop up while engaging with a partner, and it is important to identify these pitfalls lest the projects fall short on expectations or even fail miserably. Here are some strategies recommended by senior IT leaders that could help prevent you from getting burned by your implementation partners.

Complement your partner with a purpose-built team

“One of the most significant challenges that companies face with implementation partners is their lack of understanding of client’s business and strategic objectives,” he says.

“I have experienced similar situations across industries that I have worked with, whether it was implementing enterprise-wide analytics at a health insurance company or automation of end-to-end onboard catering process at an airline. The technology implementation partners usually talk about technologies and toolsets but depend deeply on the customer for knowledge around their business operations,” says Agarwal, who previously worked as head of technology at IndiGo Airlines and Apollo Munich Health Insurance.

Sudip Mazumder, head-digital at Larsen & Toubro, an Indian multinational engaged in manufacturing and engineering procurement construction (EPC) projects, says due to the partners’ lack of understanding “the business processes, nuances, exceptions, mandatory items, workflow, and state models, they are unable to provide a robust business function blueprint. Instead of customizing a solution based on an organization’s specific business and technology environment, the partner implements it in a straightjacketed manner. The approach is bolt-on when it should be built-in.”

In such cases, implementation partners can be prone to poor design practices, he says, especially when it comes to modular, scalable, and extensible systems.

“In many cases I see that designers are not even starting with an ERD [entity relationship diagram], which clearly demonstrate what kinds of relationship or data structure, or usage of global variables are required. As a result, design becomes inflexible, resulting in cost and time overrun,” he says.

Agarwal says the key then is to complement your implementation partner.

“We realized this nuance ahead of our implementation and designed an internal team to complement the partner with business knowledge, solution design, and change management,” he says. “It’s important to design a team that leverages the strengths of the implementation partner and complements it with other internal or external team members to set up transformational programs for success.”

This process, Agarwal says, begins as early as the partner evaluation phase. “We must realize that to maximize the outcome, heavy lifting is on the client side as well as the implementation partner,” he says.

In assembling their team, CIOs should “employ key business analysts of adequate functional knowledge and communication skills,” Mazumder says. “IT leaders should also use good solution architects with experience of enterprise applications skills with adequate overseeing by senior designers.”

CIOs should also be aware that implementation partners can sometimes find loopholes in contracts and use them to their advantage.

working with unskilled vendors. This happens when the agreement between the partner and the enterprise is not well thought through,” he says.

Pathak encountered this problem when he joined GR Infraprojects. “Before I joined, the company had decided to move from Google Cloud Platform to Azure and had engaged with an implementation partner about a year back. The project scope involved migration, capacity planning, and support,” he says.

“Migrating O365’s email and collaboration was easy but migrating the complete instance of SAP to Azure was complex. Therefore, when the project went live in April, our SAP deployment in Azure encountered a lot of performance problems. We also noticed that the support ticket was going to a third party, which is when we realized it was outsourced to it by our implementation partner,” Pathak says.

GR Infraprojects’ contract with its implementation partner didn’t prohibit the use of third parties. “The partner didn’t have the requisite technical capability to handle the project. It was good with selling licenses but not adept at handling projects of this level,” he says. To this day, the company’s Azure environment still isn’t stable, and the company is considering repatriating the workloads.

“From this experience, we learnt that it’s extremely important to draft the agreement carefully to make it foolproof,” Pathak says. “Also, a CIO should do background research in the market about the partner’s capabilities before signing up.”

When there is ambiguity in contracts, especially around goals and metrics, both parties will often have their own interpretation of the expectations, Agarwal says. “Avoid ambiguity on expectations and potential measures of success as much as possible. Also, be clear about how the two teams will handle situations that fall outside expectations.”

The rise of next-generation technologies such as IoT and low-code no-code has given rise to a new breed of implementation partners that focus on projects involving such technologies.

“There’s always a tradeoff between working with an established implementation partner versus a startup,” Spark Minda’s Jade says. “As compared to the credible and entrenched Tier I partners, startup partners are agile, but their processes aren’t well established. Therefore, a lot of time is spent in signing agreements and doing the paperwork.”

CIOs should be prepared to spend a lot of time hand-holding less experienced partners, he says, adding that startup partners can also end up shuttering due to management issues or financial problems, leaving CIOs in the lurch. “To take advantage of a startup implementation partner, one should ideally go ahead in a phased manner,” he says.

For example, when partnering with a stratup to integrate 100 CNC machines with IoT, Spark Minda chose to first integrate just 10 machines. “In the second phase, we covered 20 machines. The subsequent phases saw 30 and 40 machines being taken up respectively,” says Jade.

It’s also important to plan for change. For large transformational projects, not every detail is known at the onset of the project. Plus, when deploying an agile implementation approach, programs are progressively elaborated.

“It’s important to plan for absorbing these changes from a financial, implementation, and business process perspective,” Agarwal says. “Do not lock yourself into relationships that tend to forecast outcomes over long periods of time. Change is the only constant and it’s important to ensure that you’ve set up your relationship with your implementation partner to be able to support changes that come along the way.”

Working with top implementation partners who have well-established processes comes with its own set of challenges.

“Established processes have their dark side,” says Jade. “It could take days and even weeks to sign an NDA as the partner’s team spends too much time on the legal language and clauses. Even a small change in the project could take two to three days as partner would follow the laid-out rules that would include referring to the card rate and having discussions at various levels, including with the project manager and the top management.”

To expedite the process, Jade says, “NDAs are fairly standardized these days. Rather than drafting one from scratch, a CIO should pick a standard template. After all, it’s the intention that matters and not the language.”

For removing the bottlenecks in the approval process from his end, Jade has delegated signing authority to the project manager. “All approvals need not come to my desk. Delegating authority helps speed up things,” he says.

Having a strong rapport with the implementation partner’s C-suite can help a CIO wriggle out of a sticky situation.

Pathak describes one such commitment failure on the part of one of GR Infraprojects’ partners. “The company has 20,000 to 25,000 trucks, dumpers, and JCB machines. To meet the fueling needs of these vehicles, we have a tie up with Indian Oil Corp. Ltd. As we wanted to update the refueling date, quantity supplied and payment details directly into our systems, an implementation partner was roped in to bring about integration of SAP and IoT,” he says. “However, even after more than a year and a half, the project still hasn’t gone

live. This was because the implementation partner shifted its focus from the corporate sector to government, leaving the former’s projects in limbo.”

The project, which was started before Pathak joined the company, could have benefitted by a stronger relationship with the partner, he says.

“A good rapport also helps in resolving conflicts that are too common in promoter-led companies where the project scope changes often, leading to disputes,” Pathak says. “Leveraging his bonds with the partner company’s leadership, a CIO can get both sides to engage and resolve the dispute. There should not be any ego in the partner ecosystem and a CIO should have a great personal and professional relationship.”

It’s important to share your strategic vision and business goals with your implementation partners so there can be shared clarity around the project and its measures of success.

“The implementation partner is a key contributor to business objectives and should have absolute transparency on the progress towards the program goals,” Agarwal says. “Many a times, companies do not establish a trust relationship with implementation partners and think of it as a zero-sum game. This approach leads to a relationship that is transactional and does not deliver full potential of a partnership.”

To be strategic, CIOs must ensure true partnerships with their implementation providers. Anything less can jeopardize the likelihood of delivering successful results.