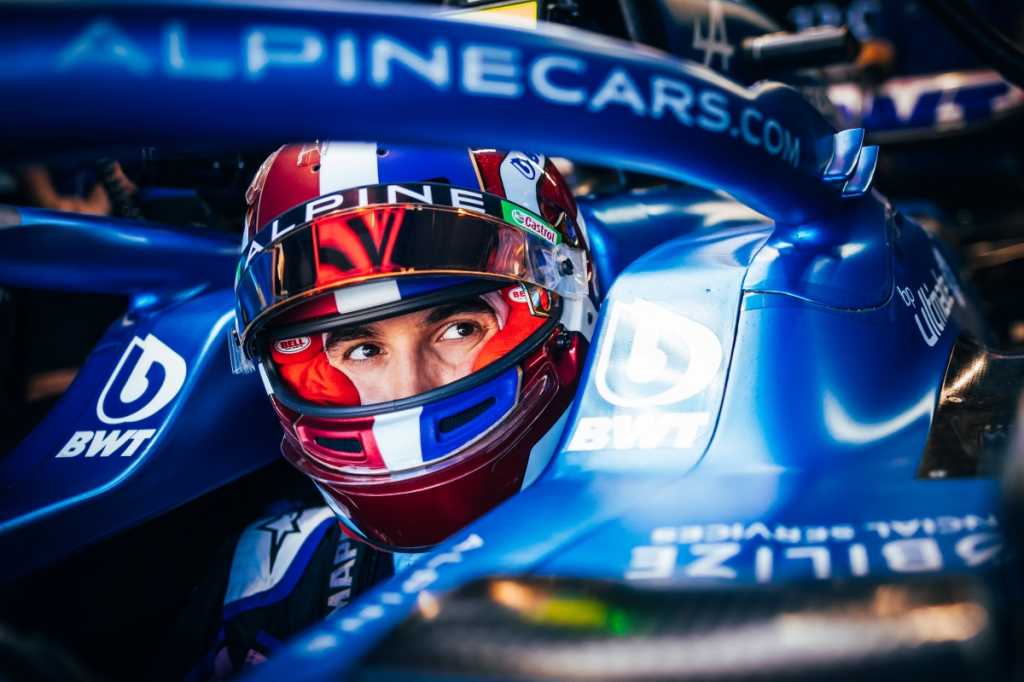 With its legions of fans worldwide, and a dramatised Netflix series to boot, Formula One is enjoying a boom in popularity, culminating in the Formula One group doubling revenue to $360 million in Q1 of 2022, and seeing a profit of $19 million – compared to losing $47 million in the first quarter of 2021.

Through the COVID-19 pandemic, which saw the 2020-21 season delayed and motor races taking place without fans, Formula One has had an increasingly busy race schedule, a healthy mix of car manufacturers and independent teams vying for the driver and constructor championships, and with countries fighting to add their track to the race calendar.

On the track, meanwhile, regulation changes have seen 2022 cars aerodynamically engineered to allow for closer racing, while an enforced budget cap has been introduced to tighten the gap between race leaders and the rest of the pack.

For Nathan Sykes, CIO and data science director at mid-field team Alpine, achieving high performance on the track comes down to proving the return on investment (ROI) of data science, adopting low-code to improve efficiency, and resetting the value of IT.

Reimaging the IT department as business systems

Sykes’ official title at Alpine F1 is IT Business Systems and Data Science Director, a role he carried over from the team’s days as Renault Sport Racing, since rebranded as Renault’s motorsport arm, Alpine, for the 2021 season. He says he consciously chose business systems because it offered a wider breadth of responsibilities, befitting of his own varied background.

“I’ve done 16-odd years [in F1], as aerodynamicist building my way up from engineer, all the way through to pretty much managing and getting all the data together,” says Sykes.

Data science has become his own differentiator. At Renault Sport Racing, he initially joined as head of data science before being promoted to CDO, and he would later change titles again to IT Business Systems and Data Science Director.

In doing so, however, cracks would emerge. The team’s data was in a poor state, costs were spiralling through third parties, and IT appeared to be a back-office function with minimal engagement with an organisation that offers services spanning from motor racing to road cars and apparel.

“IT was not in a very good position,” admits Sykes. “They were trying to help the business, but it wasn’t happening. We had lots of external contractors that we’re working with, which are expensive.”

Sykes sought to change the culture, empowering team members to work collaboratively with different departments, and to put business systems at the fore.

By this, Sykes suggests that business systems changed the focus from the business defining what they wanted from IT to a more data-driven, impartial view of current and future requirements. In short, any project would align the defined requirements and scope of the project with the business processes and these in turn would inform the data model.

“It’s taking the ownership of what are the requirements and what are the processes that we need to do and almost get to the point that, before you start developing anything, you’re wireframing it,” Sykes says. “You’ve taken people through the story of what they’re going to see when they get it.”

From racing simulation and production to data visualisation and collaboration, Alpine F1 is leveraging technology from Microsoft to eke out performance in its race cars and through its teams. The motorsport team is using Dynamics 365 and Power Platform to make faster decisions on the factory floor and Azure for cloud infrastructure and data consolidation and analysis.

With Dynamics 365 and Power BI dashboards, as well as large Surface Studio screens, the team are trying to get a holistic view of their production cycle – but its Microsoft’s low-code Power Apps which are proving to be a real growth area.

Sykes says the motorsport team now has 10 PowerApp developers, up from two last year, with PowerApp workflows having been developed to improve a range of processes, most notably perhaps for nonconformance reports on parts.

Compiling such reports is typically a task “people don’t want to do”, Sykes says. Alpine F1 staff take pictures of components and feed this information back to designers to see if they are correct and fit for purpose. Now that process is streamlined, thanks to a combination of PowerApps, Office 365 and Microsoft Teams.

“It’s one of those things where it probably looks like our best bit of software,” says Sykes, “when it’s realistically dragged and dropped a few things into place.”

Alpine’s F1 racing cars have some 200 sensors which collect over 50 billion data points and it’s this data that can help technical staff to improve car aerodynamics, handling, and performance. Today, Alpine’s advanced data models help the team get an edge on the racetrack; take, for example, tire degradation.

Whereas historically, Alpine F1 would rely on historical analysis of how a tire performed over a single qualifying lap, Sykes says the team’s advanced data models can now be used to fill in gaps where they do not have all the information – crucially on tire degradation, where regulation dictates that manufacturer Pirelli can only share limited information with the 10 racing teams.

Proving ROI on data science remains a formidable challenge. In the cost-cap era, where teams must spend no more than $140 million over a single season – falling another $4 million in the 2023 season, Sykes says spend must be tied back to the efficiency of the personnel, even the lap times the cars obtain.

Making the case for data science can be challenging, not least in an industry where not all team principals understand its value.

“I think some people don’t get it as much as others,” Sykes says. “There’s definitely some that do and some that don’t…. [but] I don’t think they’re quite as bought into as you think they might be.”

The cost cap remains a key priority, despite many commendations from bigger teams trying to balance competing in a global series, with less money and restricted resources.

“Not only are we trying to make the cars go as fast as possible,” Sykes said at a conference in London, “we’re also going under cost control.”