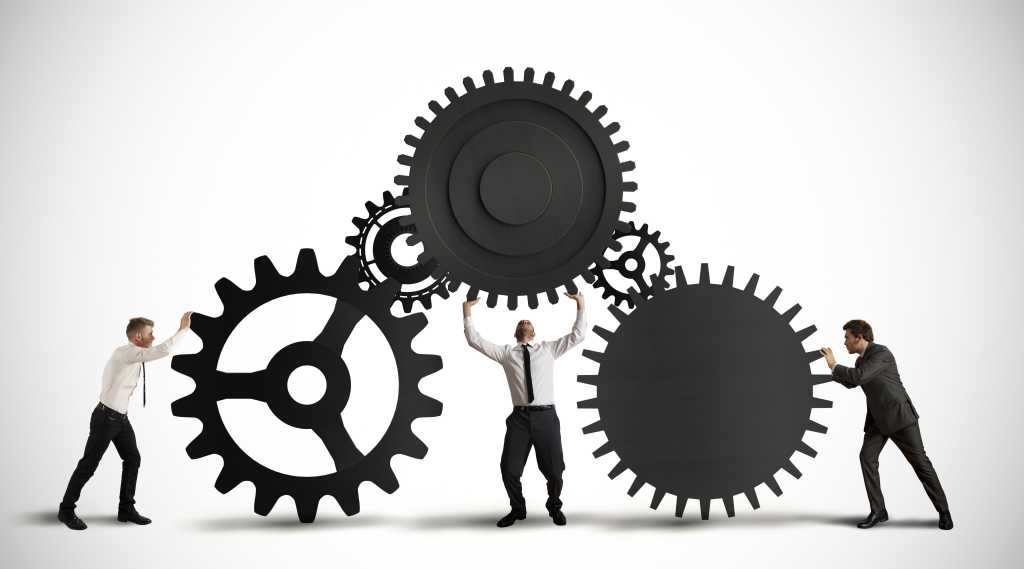 Dow is reaping the benefits of a year-long program to roll out new digital technologies to one of its largest manufacturing sites, resulting in improvements in performance, reliability, and employee experience.

It’s over five years since Dow Chemical merged with DuPont to form DowDuPont — and three since they split up again to form a new agricultural supplies company, Corteva; a specialist chemicals manufacturer, Dupont; and a supplier of commodity chemicals, Dow.

Melanie Kalmar was Dow’s CIO through all of that. “It was one of the largest spinouts ever that I’m aware of, and it was one of the most complex projects I’ve worked on,” she says.“ As we spun out as a new company, we also wanted to be a more digital Dow.

But it’s not about being digital for its own sake: “It’s about changing how people do their work to be more effective, more efficient, and to drive growth for the company by being able to focus on higher value activities,” she says.

One of the first fruits of that new approach was a program to get IT out of the office and accelerate the deployment of digital technologies across manufacturing and maintenance areas. It’s a project that has earned Dow a CIO 100 Award for IT innovation and leadership.

The goal was to improve the productivity, safety and reliability of manufacturing “assets” — Dow’s term for the vast expanses of concrete and steel and the sprawling outdoor networks of pipes and controls that characterize its production facilities.

“It really all starts from a drive to be the most reliable supplier in our industry,” she says. That’s a big deal for Dow’s customers after two years of lockdowns, worker shortages, extreme weather events and other supply chain disruptions.

Rather than begin with a small site as a pilot, Kalmar and colleagues went big — 7,000 acres big — choosing Dow’s largest production site in Freeport, Texas, for their first deployment.

“We wanted to show the payback of doing something like this, and if you go to a smaller site, you’re going to get a smaller payback,” she says.

On a site like Freeport, says Kalmar, most of the employees will be found in the control room, monitoring which valves are opening and closing from a dashboard. Previously, if they had to go out to perform maintenance, or do a round of physical checks, they’d walk back and forth between the assets and the control room to pick up work orders or print off documentation. Now, they access that information in a secure cloud via a safety-hardened device connected to a site-wide private 4G wireless network.

“We’ve put all that information at their fingertips now on these mobile devices,” she says. “The speed to maintain, correct or fix something out in the plant has tremendous impact on the overall reliability.” The employees are ecstatic about it as well, having what they need on site in an instant and and not having to print paper, especially if it’s raining or if it’s windy and the papers are blowing around,” Kalmar says.

IT workers who have struggled to pull Ethernet cables through ducts across an office or even a small factory will understand the appeal of wireless on a site the size of Freeport — but Kalmar says it has its own challenges: “At a manufacturing site, you don’t just go in with a backhoe and dig anywhere to put a pole up. All that planning and execution was very new for my team.”

This would have been a difficult undertaking in a lot of companies, where IT and operations technology (OT) organizations don’t work together, but that’s not the case at Dow, says Kalmar.

“One of the early things I did was partner with the VP of manufacturing,” she says. “We agreed that we could do this better for Dow if our teams work together.”

Key to that collaboration, she says, was recognizing that it wasn’t about learning one another’s skills but leveraging them: collaborate, but leave certain tasks to the experts.

“We’ve gone through the whole RACI process and identified who’s responsible, who’s accountable, for all aspects of what happens with technology at our sites. We have a much stronger partnership by working through that together, and are even looking at career ladders across the two organizations.”

Such department-spanning career ladders already exist in other specialist areas at Dow, such as data science, where experts might find themselves working in IT, manufacturing, R&D or supply chain management. “You’ve just got to get in there and start breaking down those silos that have historically and traditionally existed across organizations,” she says. “If everything you do is driven by improving the customer and employee experience, those opportunities really start presenting themselves. It’s really changed the mindset for us at Dow.”

The IT organization also had to skill up for the project, adding cloud, networking, and security expertise.

The biggest need, though, was for change management skills. Kalmar expanded her leadership team to include someone specifically accountable for enterprise change. Their remit included identifying who to onboard first to drive adoption rather than merely offer training on the new systems. “Who has cycles in our run-the-business organization to even consume and accept this new stuff when it comes out?” Kalmar says. “We’re looking at change very differently.”

Ready to step up to 5G

For now, Dow’s private wireless network uses LTE, a 4G technology, but it will be ready for 5G when 5G is ready for it.

“Everybody’s hyped up about 5G networks, but you have to have devices and applications that work on 5G, so we’re not going to jump there yet — but we’ll be prepared to go there and make that switch. The infrastructure that we’ve put in place will be able to transition to 5G,” she says.

Using an older and slower wireless technology hasn’t hurt the project, though. According to Dow, more than 3,600 employees have been trained on the new tools, enabling them to perform in less than a minute data-related tasks that once took half an hour or more.

In deploying to a giant site such as Freeport, says Kalmar, it’s important to recognize early on that one-size-fits-all solutions don’t always work, and to spend time up-front speaking with colleagues and getting the right inputs. “Adjust your traditional program approach and be open to large-scale pilot implementations,” she says. “Learn as you go, communicate your wins, and continue to listen to your stakeholders.”