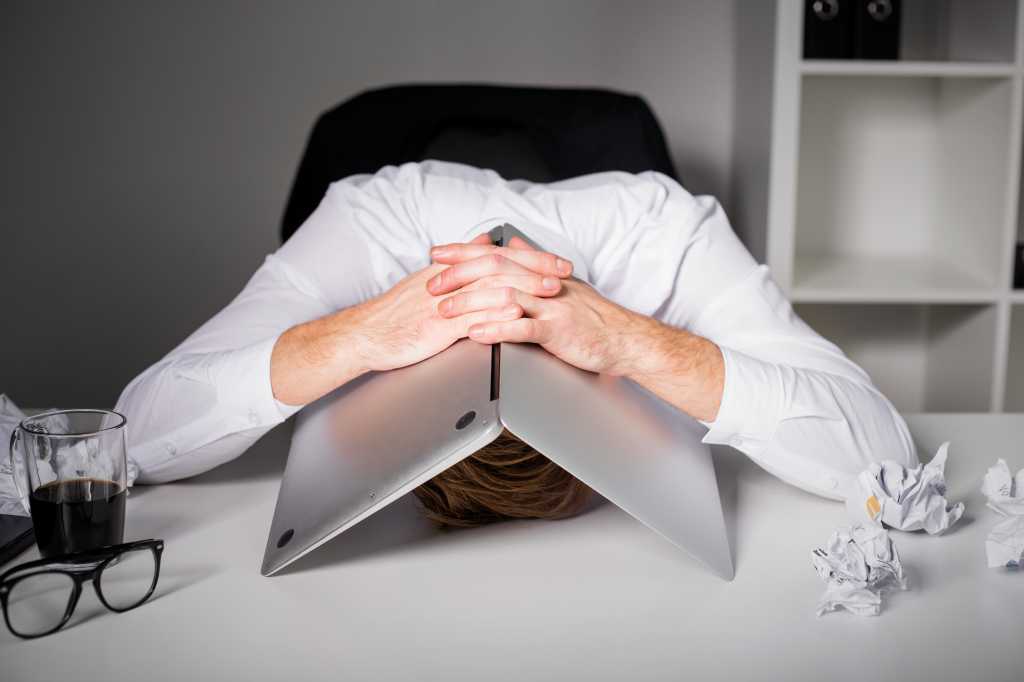 Newly minted CIOs have a wealth of guidebooks, white papers, and blogs to help set themselves up for success from day one, as the first 100 days of a new leadership role are crucial.

But theory can only take a new leader so far. Practice is how leaders are made, and as anyone who has gone through this challenging process knows, those first months on the job as a CIO are likely to be rife with mistakes.

So, to supplement your guiding material on what to do as a new leader, we thought it important to inform you of the missteps most likely to trip you up. To do so, we polled a half-dozen veteran CIOs and researchers to share what they’ve found to be the most common mistakes that rookie CIOs make — and how to avoid them.

Trying to change too much too fast

Change is a top priority for CIOs. According to our 2022 State of the CIO report, 84% of IT leaders say CIOs are increasingly seen as a changemaker and the lead on business and technology initiatives. That, veteran IT leaders say, can put a lot of pressure on new CIOs to come in and shake things up.

Such an approach, however, can be a mistake, says Joel Schwalbe, CIO of Transnetyx, noting that first-time IT leaders are often tempted to take on too much change at one time.

“Rookie CIOs are eager to make a good impression, but this leads to potential challenges. Organizations are only capable of absorbing a certain amount of change. Setting realistic expectations is essential for rookie CIO success,” he says.

Keeping everyone on the payroll

Brian Jackson, research director in the CIO practice at Info-Tech Research Group, has studied how CIOs tackle their first 100 days in the role and has found that many new IT chiefs think there’s no need to clean house.

“They assume that there is no one who deserves to be fired, and sometimes there is,” Jackson says.

He understands the impulse to maintain the status quo when it comes to staff. New executives in general and first-time ones in particular don’t want firings to be among their first moves, he says. But it’s frequently a necessary move that must be made.

“It’s not going in and saying, ‘I’m going to fire someone,’” he says. Rather, it’s recognizing that if there is a toxic personality, they must go. “That’s your job as a leader. And if you let it linger for too long, the situation just gets so much worse and you wish you did it a lot sooner.”

Failing to assess the culture early on

Most CIOs have likely heard that “culture eats strategy for breakfast,” the famous quote from management guru Peter Drucker. But rookie CIOs don’t often take that message to heart, according to both researchers and experienced CIOs.

“One of the rookie mistakes is not truly understanding your business, culture, and organizational fabric,” says Richard A. Hook, executive vice president and CIO of Penske Automotive Group and CIO of Penske. “Everyone is focused on their 100-day plan, but the reality is the pace of that plan and composite will vary between organizations. Get to know your peers, their teams, your team, and the overall organization before taking a too-aggressive approach. In the end, organizations win with the best people, be sure you know your teams and deeply understand the business before acting too harshly.”

Jackson agrees, saying new executives should assess their department’s culture and the organization’s overall culture early on. This, he explains, lets leaders know how to adjust and change so they can be most effective moving forward.

“There are different styles of leadership, and they can all be equally valid, but the culture of your organization is going to dictate what works,” he explains. “And if it’s not the culture you’d prefer, then you have work to do. There are ways to shift culture and get people to behave differently.”

Underestimating the people (and political) part of the job

C-suite executives and board members now recognize technology as an integral part of business, and they’re increasingly contributing to — and even leading — technology decisions.

Consider, for example, findings from tech research and advisory firm Gartner. It found that 53% of the organizations it surveyed reported that their directors are among the main decision-makers for emerging technology investments, coming in just behind their CIOs and chief technology officers. Gartner also found that 74% of technology purchases are at least partially funded by business units outside of IT, with only 26% of tech investments funded entirely by IT.

This may not be news to most CIOs, who have long talked about partnering with their business unit colleagues to develop the IT roadmap. Yet new CIOs sometimes still underestimate the criticality of building relationships, the importance of persuasion and the art of influence.

“Rookie CIOs underestimate the internal politics involved in a C-level role. There are often hidden agendas and initiatives that do not show up in the official company strategy,” says Jeff Stovall, an industry executive director with Oracle and former CIO for the City of Charlotte, N.C.

Schwalbe makes a similar observation: “The CIO job is a people, PR, and marketing job. Some rookie CIOs might believe it’s a technology job, which it’s not.”

Assessing only the internal landscape

CIOs are executives and must act as such. But there’s a learning curve, and Jackson says his research shows that many first-time CIOs fail to study the external landscape in which their organization operates even though that’s a key responsibility for any C-suite position.

“New CIOs are often so focused they get tunnel vision,” he says. Sure, they’re busy learning about their organization, meeting their C-suite colleagues, assessing their IT team.

“That’s all understandable. But you can get so focused [internally] that the blinders are on to the external environment. But as an executive that’s your job now, too, to know your competitors, to be aware of what they’re doing and what tech differentiators they’re using to create a competitive advantage.”

Leaping, without looking and listening first

Similarly, Hillary Ross, managing partner and IT practice leader at WittKieffer, an executive search and leadership advisory firm, says new CIOs may be tempted to jump right into their work without gaining a solid understanding of the waters where they’ll land.

“To be successful, you want to learn what works, what doesn’t, how to influence change in your new organization,” she says. “So it’s important for the new CIO to listen, learn, and then lead.”

Taking the time to do that, Ross explains, lets CIOs uncover pain points within the organization, prioritize projects with confidence, and identify the colleagues and employees who would make strong advocates for the IT agenda.

Building relationships only among the C-Suite

Another mistake some rookie CIOs make: talking only to senior leadership.

Ross says all new executives should be “making the rounds and talking to all levels of the organization. It’s important to get out and talk to everyone so you’re learning what they all need and what they think is really important.”

That includes front-line workers and back-office employees in finance, accounting, marketing, and so on. “They’re your customers, too,” Ross adds.

New CIOs should also prioritize building relationships with their IT vendors and suppliers, Ross says, adding that they may be among the biggest contributors to your IT department (and the IT budget) in the end.

Overlooking process and the technology itself

CIOs know it’s about people, process, and technology. But while they are getting to know their executive colleagues and talking with others throughout their organization, new CIOs should also be studying the processes and technologies that drive both IT and the larger enterprise as a whole.

Yet Ross says that work is sometimes overlooked by new IT chiefs. “It’s important to find out what’s working, how they’re doing things, and if those are the right things to be doing,” she says.

As a new CIO, Ross says it’s imperative to find all that out. Consider, for instance, what happens when a new CIO fails to do a deep dive into the technology stack that he or she inherited.

“Some things may be fragile and working with bubblegum and shoestrings. CIOs need to come in and assess the technology. Some things might seem like they’re working but they’re really not,” Ross says.

New CIOs who miss such problems early on aren’t likely to make a positive impression.

Studies have consistently found that mentors are effective in helping mentees do better and reach their goals. One study of mentorship in the workplace, from Olivet Nazarene University, found that 76% of the 3,000 professionals surveyed considered having a mentor important or very important, yet less than half actually were in engaged in a mentoring relationship at the time.

Ross says individuals moving into a new position can benefit immensely from having a mentor, but — like the survey indicates — too many don’t seek out a mentor. She recommends that new CIOs identify a seasoned IT leader to enlist for the role, giving them “someone to call to get honest advice and lessons learned.”

CIOs not only need mentors; they need allies. So says Greg Layok, who as a managing partner at consulting firm West Monroe and head of its technology practice advises CIOs. “I’ve seen new CIOs miss this one many times,” he says.

Rookie CIOs are often under the impression that they’ll succeed by bringing in the best technology and deploying top-notch solutions, Layok says. But they fail to see that “if they don’t bring everyone on the journey with them, then their good ideas might be perceived as bad ideas and they’re not going to have the business in the boat with them to craft the right solution in a way for the highest value-add.”

He says new CIOs may be bringing great ideas to their new organizations, and those ideas may indeed be truly needed to move those organizations forward. But those CIOs don’t realize that they need to persuade others that their ideas are going to reduce risk, decrease time to market, drive greater profitability, or otherwise bring value to the enterprise.

“CIOs who are in the position for the first time but who grew up in very mature organizations might do this well, but many others may [just] assume that the organization is aware of the value,” Layok says, adding that new CIOs must work at getting colleagues to back their visions.

He notes that all executives want to show their strategic impact on the business, but it’s especially challenging and important for CIOs, “because IT can’t be successful in today’s world being in a silo.”