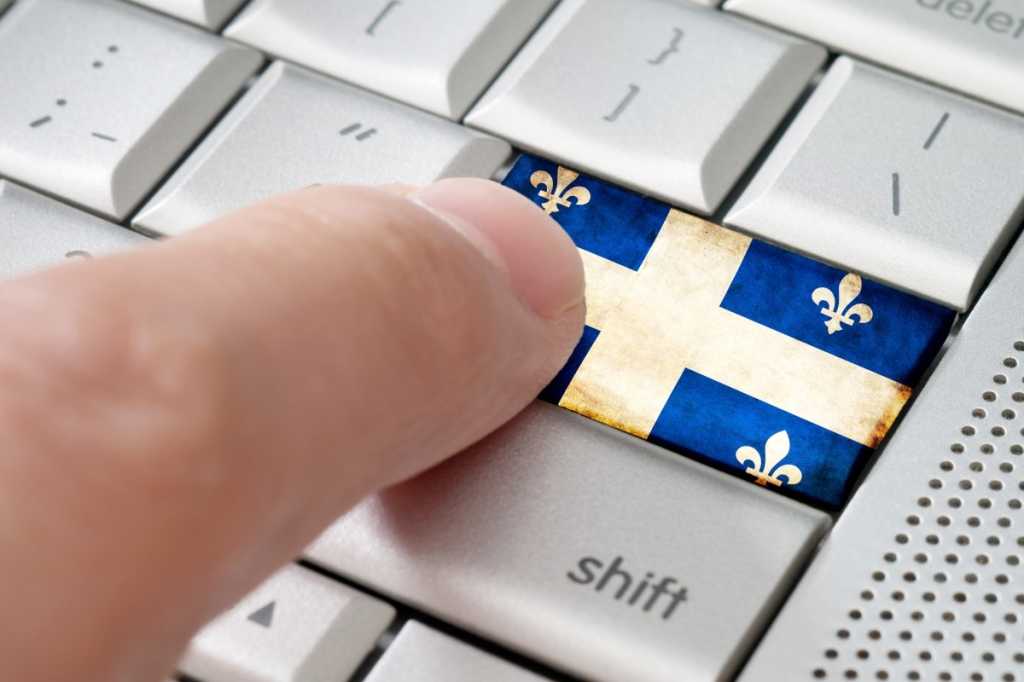 These days, it’s great to be an IT professional looking for a job in Québec. But for companies looking for talent, it’s a different story.

At the end of 2021, the TECHNOCompétences sector committee identified some 13,000 available IT positions – about 4,000 of which were waiting for “people who don’t exist” according to Stéphanie Carle Tavera, the organization’s executive director. These statistics don’t tell the whole story: the number of jobs that aren’t posted, the increase in retirements, and the growing business needs caused by the changing economy are all unknown factors.

One thing is certain, the market is out of balance, says Carle Tavera: “There’s an overall quantitative and qualitative deficit between the positions to be filled and the qualifications of the people available.”

And this overheating is only expected to get worse: according to CompTIA’s projections, the total number of IT jobs in Québec will reach 288,905 in 2022, an increase of 4,061 compared to 2021. But who’s going to fill them?

The magnitude of the IT hiring problem

While the pressure is being felt in all sectors, some specialties are experiencing a particularly acute shortage: cloud computing, security, data science, AI, and project management. “Coders are also in high demand, but not as hard to find,” says Benoit De Césaré, executive vice-president of the recruiting firm Randstad.

This shortage doesn’t only affect IT companies, but also organizations who need their services. Sylvain Viau, founding president of CIO Group and president of the Montréal chapter of the Canadian Association of CIOs (CIOCAN), gives the example of the transition to cloud computing: “It’s a very demanding process. The existing solution providers can’t do it all anymore – so neither can we.”

The law of supply and demand is unforgiving: the shortage of skilled labour is causing turnover rates to skyrocket. While Carle Tavera believes that IT has only just caught up to the mobility of other sectors since the pandemic, some specific fields, like security, are in chaos. “Before, turnover rates were 35-40% per year,” says Viau, “now it’s 50%. People come and go. In one case, I’m on my fourth account manager since January.”

By abolishing borders, remote work is also forcing Québec companies to compete with giants that used to recruit few talents in the local market because they didn’t have offices in Montréal or Québec City. “International players have a higher budget because the Canadian dollar is worth less than the US dollar,” says De Césaré. The exchange rate is not the only advantage that Microsoft and other big players have: for some professionals, the prospect of spending a few weeks on the West Coast every year can be very appealing, Viau says.

While population aging and an increase in IT demand are global phenomena, some factors specific to Québec are compounding the problem.

“Immigration rules are too complex,” says Michel Verreault, executive director of the Center of Development in Insurance and Financial Services, an organization that includes insurers headquartered in the Québec City area. Forty percent of companies responding to a recent survey by the Québec Technology Association expect governments to help them, by speeding up the granting of work permits for example.

There are also concerns about the new language Bill 96. De Césaré thinks it’s too early to predict the consequences but says unilingual English-speaking professionals are already thinking of leaving Montréal. “Everyone is still trying to understand the effects of the new law,” he says.

In the context of labour shortage, the Québec government’s industrial strategies may also backfire on local companies. Research and development subsidies, tax credits for video game production, and benefits for AI companies: these all attract international investors who compete to draw the same talent. “The vacuum is created by Québec’s willingness to subsidize IT jobs,” says Viau.

How to recruit in a hot market

In this environment, organizations that are successful in acquiring new talent are those that are flexible.

“Employers no longer have the luxury of demanding everything they want,” says De Césaré. He advises his clients to be clear about their core needs and what they’re willing to do without. Companies also need to know how to sell their projects to candidates, to budget for overbidding and, most importantly, to move quickly to prevent a more agile competitor from cutting them off. “We can no longer afford three- or four-week interview processes,” he says.

This need for flexibility is also reflected in international recruiting and the growth of remote work. Some local companies are recruiting from France, Maghreb countries, sub-Saharan Africa – wherever there are French-speaking specialists. And no matter if those rare gems live in Alma or Abidjan, requiring a move to the head office is out of the question. “We take them where they are,” says Verreault, even if it means only occasional visits.

Competition also requires companies to be highly innovative in attracting new employees. Insurance companies that are members of Verreault’s organization have touched base with software engineering departments at Laval University and different Cegeps to promote careers and projects in the insurance industry. They’ve also developed training programs that allow some of their employees, particularly women whose jobs are compromised by the digital transition, to acquire new knowledge and pursue new careers.

This type of direct intervention is in line with what Carle Tavera recommends for the entire economy: “We need to introduce a learning culture in our organizations” to foster horizontal career paths and, as a result, employee retention.

Internships integrated into post-secondary training programs are also an effective recruitment strategy, but not without risk for the candidates. “The danger,” says Verreault, “is that the company will hire the student full-time before the end of the program. Without a degree, it becomes harder to advance in a career.”

The hunt for rare gems

Companies must also be flexible in order to meet the expectations of candidates. The daily La Presse recently featured the case of Tootelo Innovation, which offers “à la carte” benefits – including annual vacations of up to eight weeks upon hiring.

“Flexibility is a concept that is unique to each individual,” says De Césaré. “Flexible hours, remote work, strong benefits, international travel – all these factors can win the battle.”

A 2021 TECHNOCompétences report shows that 23% of IT specialists are looking for a balanced life first, 23% are seeking a high salary, and 16% prioritize professional development. But the salary bubble is getting larger all the time, creating endless headaches for employers. The pay requirements needed to fill some key positions can impact business priorities and lead to internal equity issues, De Césaré says.

According to the HR specialist, today’s candidates even take the time to investigate the companies they’re applying to. Their search strategies vary with experience: juniors rely on the media image of businesses, seniors on word of mouth. In both cases, “the company’s brand is foremost,” says De Césaré.

Long-term solutions to the IT crunch

All projections point to the fact that Québec’s IT shortage will last several more years. Could it be reversed?

Randstad VP De Césaré is adamant: “We need an influx of qualified talent, whether it’s via the school curriculum or through immigration.”

Verreault favours the creation of online or hybrid training, which would allow people between 30 and 35 with families and living outside of large centers to acquire IT skills without having to travel. He’s also banking on the development of accelerated training for critical jobs, based on the DEC-BAC bridges that allow students to obtain college and university degrees in one year less than normal.

Viau recommends relieving the pressure by tightening the criteria for government R&D grants to prevent multinationals from using the money to produce intellectual property that won’t remain in Québec.

“The Québec ecosystem also has a growing number of self-employed workers, especially the more experienced ones who are in high demand,” she says. “It’s a trend we need to monitor.”