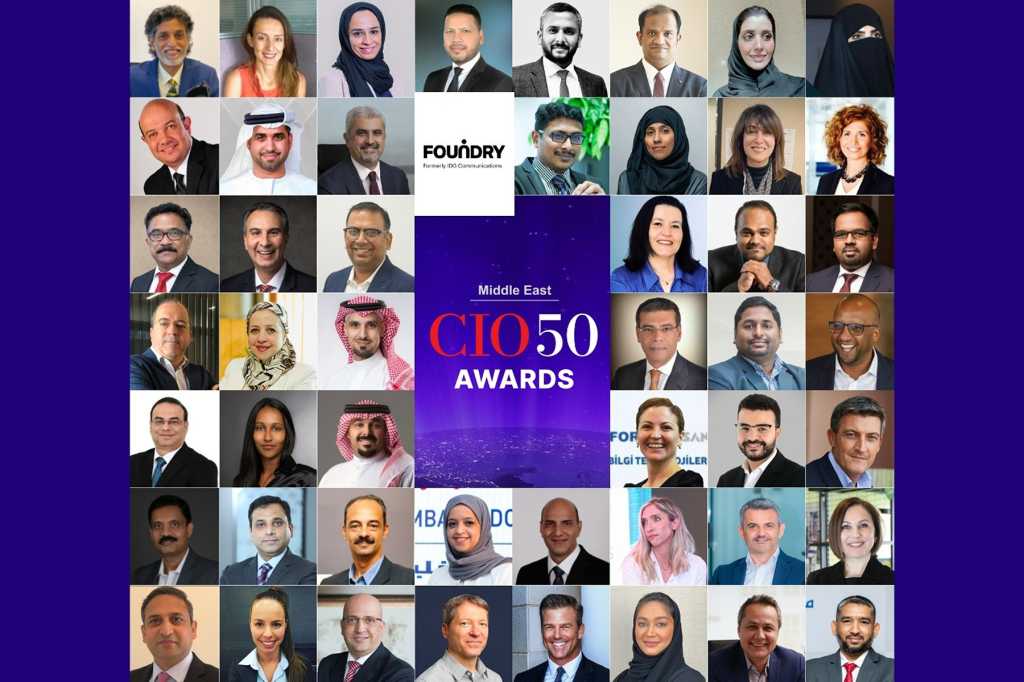 The CIO50 Middle East Awards are aligned to Foundry’s global awards program and viewed as a mark of excellence within the enterprise. Last year, CIO Middle East launched the first edition of the CIO50 Awards in the region, judging four core pillars of Innovation, Diversity & Culture, Workplace, and Data Intelligence, honoring transformational, inspirational, and enduring CIOs at both in-country and regional levels across the Middle East.

Leaders of the CIO50 Middle East award winners collectively hold responsibility for more than 40,000 IT employees across the Middle East, averaging more than 500 staff members per organization. The list covers a range of technology positions, spanning CIO, CISO, CTO, and CDO, in addition to transformation, business, and executive roles across five countries: UAE, Saudi Arabia, Qatar, Oman, and Bahrain

Such work also cements CIO50 Middle East as the leading awards program for technology leaders in the region, forming part of a broader worldwide initiative alongside the CIO50 Australia, CIO50 New Zealand, CIO75 ASEAN and CIO100 India Awards. These are in addition to CIO100 Awards in the US and UK.

The top-ranked technology leader in 2022 is Shumon Zaman, CIO and CDO at Ali & Sons. Zaman and his team are leading a digital-first agenda, enabling Ali&Sons’ digital transformation journey while supporting the efficient and profitable operation of the company

Over the last year, Ali & Sons has started its digital transformation journey called Quantum, which is revolutionizing how the group operates and is a key enabler of its long-term double-digit growth. Quantum is set to help the company innovate, transform, and lead the industry with its multiple phases. In the initial phase, for instance, they’ve developed several different data harvesting platforms (collecting structured and unstructured data) that have already unlocked operational efficiencies to exceed over AED 14 million this year and is now providing new insights to help predict the future for our employees using embedded AI and ML tools.

CIO of the Year

Leadership in Culture and Diversity

Leadership in the Workplace

IT Team of the Year

CIO50 Middle East was judged on the core pillars of innovation, culture and diversity, workplace, data intelligence and cybersecurity, honoring transformational, inspiring, and enduring CIOs at both in-country and regional levels within the Middle East.

Foundry congratulates all CIO50 Middle East winners and finalists in 2022.