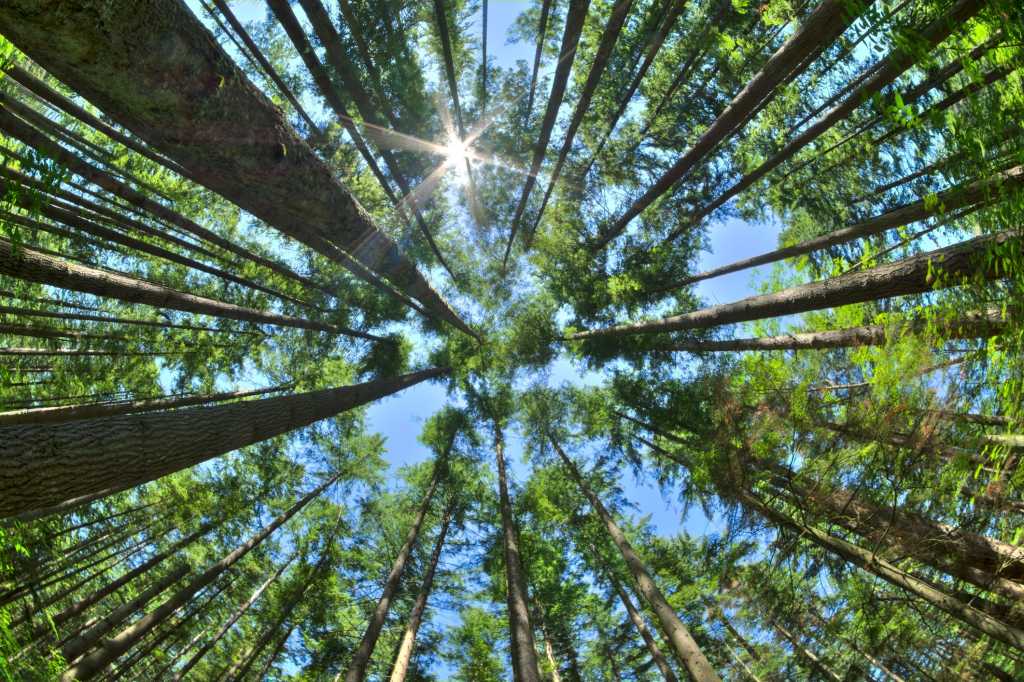 National Trust CIO Jon Townsend is laying down some home truths on sustainability. Five years ago, he notes that the message in the IT industry was not of reaching net zero, ESG commitments or being more sustainable, but rather of businesses becoming “bigger, better, faster.”

“We need to change that conversation,” he says, “and get [sustainability] higher on the agenda.”

Townsend says the COP-26 agreement in Glasgow, Scotland, last year, visible changes in weather conditions, and increased awareness on climate change are turning the tide and, as CIO of the UK’s biggest conservation charity, he acknowledges that the 125-year-old non-profit has no choice but to be an “example for others to follow”.

After all, if the National Trust, formed on the principle that humans want ‘quiet, beauty and space,’ can’t get this right, what chance do other institutions have?

“It’s not easy for anybody,” says Townsend, “but it starts for me with transparency around what you’re trying to achieve, and the scale of the problem you’re trying to overcome. You can either be proactive and see [sustainability] as a net positive for your organisation, or you can wait for your consumers, supporters, members, and customers to tell you they care about this.”

Sustainability starts with visibility and storytelling

Given this real estate, Townsend admits that the charity is better placed than others to respond to the climate crisis, yet he maintains that it faces a significant challenge around data and reporting, especially when attempting to review scope 3 emissions, indirect emissions that occur in the company’s supply chain. Scope 1 emissions are direct emissions from a company’s owned or controlled sources; scope 2 covers indirect emissions generated through purchased electricity, steam, heating or cooling; and scope 3 covers waste disposal, employee commuting and business travel, and purchased goods and services.

“The first thing is to make sure we have the data so we understand scope one, two and three emissions,” says Townsend, who formerly held senior technology and security roles within the Department of Work and Pensions (DWP) and the Ministry of Defence (MoD), prior to becoming director of technology and information security at the National Trust in October 2015.

“It’s not just about carbon capture, it’s also about reducing emissions because the simple equation is you may capture more, but if you’re still emitting that same level of carbon, you’re not going to solve the problem,” he says. “It’s important for us, but also for IT organisations everywhere, to think about scope three emissions, who you’re working with, and how seriously they’re taking the issue.”

For Townsend, who’s also the non-profit’s CSO, getting results comes down to storytelling, much in the same way as relaying a message to the CFO may do so in cost savings. In other words, conveying the impact of sustainability in ways the organisation’s employees can easily understand.

“It’s identifying the areas where you can make a difference, and telling that story to people,” he says.

He does, however, have a warning to how such storytelling plays out.

“We make sure we don’t sound too preachy, or like it’s some sort of parent-child thing,” he says. “It’s storytelling in a way that people get it, it’s easy for them to consume, and something they can relate to another on.”

IT sustainability projects in the works

As part of its 2025 business strategy, the National Trust has committed to reducing its conversation backlog, reducing energy use by 15% and sourcing 50% of energy from renewables by 2020-21 against its 2008 usage as a baseline.

It’s also made commitments to reach carbon net zero in operations by 2030, including ambitions to plant 20 million trees and create 25,000 hectares (62,000 acres) of new wildlife habitats.

Townsend’s IT department has its own role to play in reaching these objectives, from making better technology decisions and scrutinising IT suppliers’ own green credentials, to educating the workplace on their carbon impact.

For example, with suppliers, the team is working with hardware partners to reduce plastic packaging, making sustainability a key decision factor in partner and system selection during the RFP process, and looking for greater transparency from suppliers on scope 1, 2, and 3 emissions.

Systems no longer being properly utilised, such as data analytics platforms not in use, are swiftly decommissioned as well, says Townsend.

The National Trust is also migrating away from old, energy-intensive data centres, cutting back on content on its new website, and introducing smart IoT sensors in buildings to monitor emissions.

The communication to, and education of, the workforce is just as important. Townsend says the non-profit is attempting to cut down on excess emails and PowerPoint presentations — even advising of the trees saved on each virtual meeting.

Plus, within the IT department, the team uses technology to monitor emissions to reduce data storage for more efficient archiving.

Measuring effectiveness, of course, is vital to see what works and what doesn’t.

“We are helping the organisation understand its overall emissions, and measure total emissions caused by technology—both within the organisation and within our supply chain,” says Townsend of sustainability metrics, while still calling for suppliers to be as transparent as possible about emissions from their own supply chains. He adds that the National Trust measures its progress in this area by tracking everything from carbon capture, water management and use of materials, through to how its activities, projects and supply chains impact nature and people. The organisation is also measuring its sustainability impact in accordance with frameworks, such as BREEAM, LEED and WELL.

The CIO’s role in sustainability

CIOs have developed a greater role and responsibility in prioritising sustainability within organisations, from inputting into strategy and becoming executive sponsors on sustainability programs, to actively contributing to ESG goals through their IT strategies. And yet previous studies have suggested that sustainability is way down their priority list.

“It needs to be somebody who understands the impact on nature, farming, and our let state,” he says of National Trust’s position, pointing to the non-profit’s land and nature director as the most obvious candidate to lead the sustainability charge. “We have many thousands of properties and holiday cottages that we rent out. That isn’t a CIO function to me.”

At the National Trust, which has almost six million members, Townsend has regular conversations with investment boards on the topic, and invites the charity’s sustainability team to meet the IT department and join his quarterly leadership meeting so he can understand what more he and his team can do as an IT organisation.

He does, however, admit that this role may vary. For example, a smaller financial services firm, one leading with digital technologies and with little real estate, may take a different view. Ultimately, he says, sustainability should be every executive’s priority.

The National Trust reported losing £200m in operating income through the COVID-19 pandemic, with Townsend admitting it was a tricky time for an organisation reliant on supporter funding.

“Most organisations have had a tough time in the last couple of years and it’s no different for us,” he says. “However, one of the lessons I think we learnt is that technology underpins everything we do.”

Digital channels have become another way of reaching supporters and customers, with one such fundraising campaign raising £1 million in 21 days for the National Trust to buy 700,000 square metres of land around the White Cliffs of Dover. More recently through COVID-19, the National Trust utilised digital channels to offer virtual tours of places and gardens, as well as baking recipes.

With the Trust now in its second wave of digital transformation, it’s delivering a new membership and fundraising platform, built on Salesforce’s Service Cloud, Marketing Cloud and Experience Cloud, and a new enterprise data platform built on Snowflake and hosted on Microsoft’s Azure, which is used along with Alteryx and Tableau to provide data analytics, insights and reporting.

In addition, the Trust has delivered a new Enterprise Integration platform using Microsoft Azure Integration Services, and is building a digital platform for National Trust’s website, utilising the Bloomreach CMS and hosted on AWS. Townsend says the website will improve accessibility features and should reduce the carbon impact of the website by 50%.

The hope is to join up digital and physical experiences so the National Trust can continue to help people through a difficult time.

“We want people to be able to experience nature, beauty and history,” says Townsend, “and to find some relief from all the pressures they experience in the rest of their lives.”