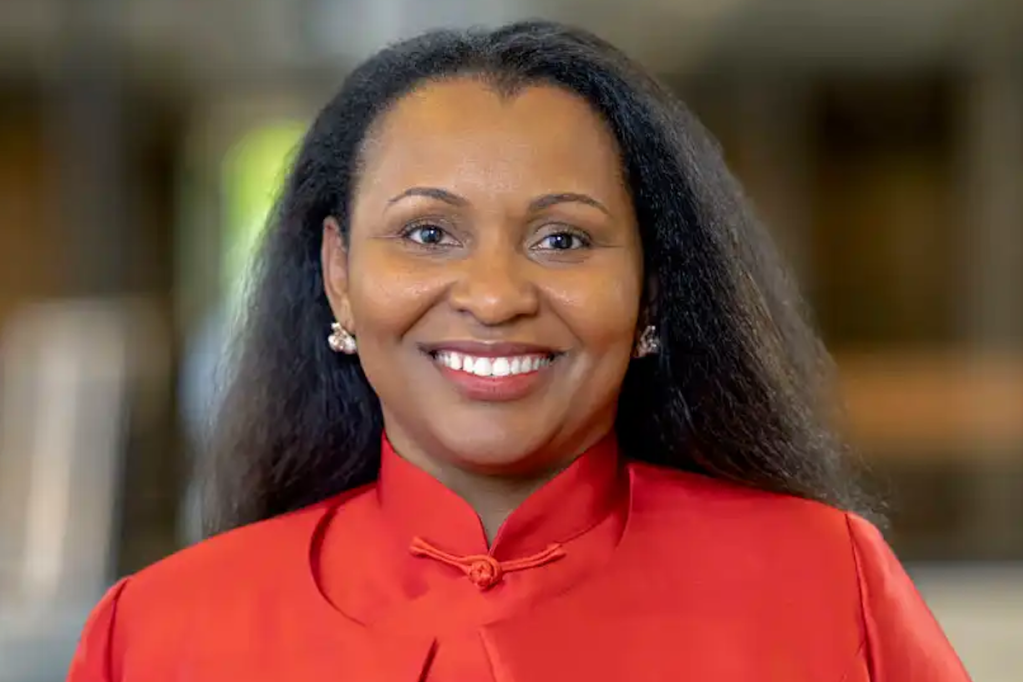 As global CIO and VP of business and technology services (BTS) for Chicago-based Abbott, Sabina Ewing’s IT work has helped facilitate a period of unprecedented growth for the global healthcare company over the past two years, including more than $45B in revenue in the past 12 months alone.

Ewing is a visionary change leader and a master storyteller, as well as one of the most intentional leaders I’ve met in 30-plus years in this industry. She skillfully balances the seemingly unmanageable demands placed on a global CIO while nurturing and balancing high EQ and IQ.

During our conversation for the Tech Whisperers podcast, we explored the art of “being intentional about being intentional,” as well as what it takes for a CxO at a legacy company to envision and execute on a bold technology agenda. We spent some time afterwards delving into Ewing’s approach to building a high-performance culture and how that’s fostering digital enablement at the more than 130-year-old company. What follows is that conversation, edited for length and clarity.

Dan Roberts: You’re extremely intentional about workforce strategy. Why did you decide to make it the No. 1 pillar of your overall strategy?

Sabina Ewing: The reason it’s No. 1 is I can’t do this by myself, so I need to make sure I’m investing in the folks that actually make it happen. The other piece is the bold transformation that we’re going after and the strategy sessions that we’ve put forth. My mantra is, I play to win. As a function of that, I need to have my distribution curve from a performance perspective skewed to the right. And as a function of that, I have to not only invest in or hire people; I have to invest in the people that I have today. One of our partners mentioned that it cost six times more to bring someone from outside into a company and get them to a certain capability and operational level versus investing in the people that you have.

It’s also about making sure we’re creating a culture of performance. When we think about top athletes, they step their game up when they’re playing with other extraordinary individuals. You’re as good as the top five friends you spend most of your time with, so when they’re going after it, you’re going to do the same. Everybody focuses on high potential people and dealing with their lowest performers, but in order for me to skew to the right, I have to move all the people in the middle into a different position in terms of their capabilities.

Abbott is an innovative company, and innovation often sparks from those ‘accidental collisions’ around the proverbial watercooler. How are you thinking about the future of work in terms of equipping people to continue to innovate the way Abbott has done historically?

We offer flexibility, but we’re in the office, because that’s how we see it working for us. So we have what I call 3D accidental collisions. In my organization, we also have check-ins, because I’m acutely aware that there’s a mental health dimension to what we’ve been going through these last few years with the pandemic. We host one check-in in a time zone for the Western Hemisphere and one in a time zone for the Eastern Hemisphere, and our folks in certain countries also have other actions that they’re taking. It’s literally a global effort to make sure that we’re fostering community and trust, because that allows you to reach out to each other in that informal way to create and innovate. Because in addition to the accidental collisions we have where we work, we need to have that as a global organization to tap into that capability and creativity.

Abbott is also very big on communities of practice that allow us to focus on specific innovation areas in order for us to pursue those areas. One of the first communities of practice that I met with was our advanced analytics [community], and we were pulling from our scientific community, our engineering community, our technology community. So that’s another mechanism for creating those collisions and intentionally sourcing from across your organization to get the best thinking minds around it.

Transformation is hard. How do you keep your energy high so you can energize your people to keep pushing that boulder up the hill?

The first thing is, I’m motivated by Abbott’s mission. Being in life sciences, given what we are doing, and seek to do, in the world, the role that healthcare plays in every person’s life, not to mention, recognizing that the colleagues in my organization are passionate and very committed towards that Abbott mission — that, in and of itself, is extremely motivating. I also have to tell you, what is really motivating and helpful is, I’ve got a great leadership team. They’re invested in our purpose and strategy. Having them committed to this and the success we’re having is a function of their leadership.

The other piece is that Abbott is extremely competitive. I often say that I think of us, as a function, as being a corporate athlete. You’re always striving to be better. My goal is to be the best technology organization in healthcare, and I see our role around that as extremely important. I often say we’re no longer the folks in the rear with the gear. The 21st century demand is to be front and center, and I’m motivated by that.

I used to run the 800 meters outdoors in track and field, and the 800 meters is two laps around the track. I’ve already run the first lap of my career. And what I say right now is, I’m on the back straightaway, and that’s where you start to open up your stride and drive home, what is your legacy going to be? And how are you going to have left the world, and how do you leave the professional impact? So that motivation of, okay, I’m in my zone, I’m going after it, I’m challenged. I’m in a position to have the ability to deliver impact. All of that keeps me motivated. That, and I’ve got two kids and a husband that are counting on me.

What do you hope your legacy will be as a CIO?

I want to have left others in a position to unleash their own full potential. The other is having had an impact that is meaningful for my employers and demystifying the notion of what it looks like when you have female leadership and when you have a person of color — doing it my unique Sabina way such that it resonates and motivates others to think differently about what leadership should look like, sound like, and how it is enacted for the company.

I am extraordinarily proud not only of the transformation that we’re doing in terms of modernizing and digital enablement for Abbott, but I also want us to be a role model. So I started with my leadership team. It’s fifty percent women, fifty percent men. Sixty percent of my folks were either born outside the United States or had expat experience. They have a global perspective on how they think about things and bring that dimension. That is really something that I’m proud of.

And then, if I could in any way make a slight bend in the lexicon that transforms the notion that IT is a back-office function into the cognition that, in this age of digital and technology, we are synonymous with the business. To the extent that I, along with my peers, can help change that notion that IT is somehow different. Most people talk about IT and then we have the business. No. Technology is the business in every domain.

In the meantime, I’m having a blast, and it’s because there are big meaty challenges to go after. It goes back to looking at, how are we not only transforming our business, but preparing Abbott for the next 130 years. But I’m not going be here for another 130 years! So I take my baton, I run my leg to the best of my ability, and when you’re a team player, you’re beholden to the rest of your team. So you have to then invariably hand the baton off in a great position.

For more from Ewing on how to lead with intention as well as how she’s executing on her bold vision for technology and transformation at Abbott, tune into Tech Whisperers podcast.