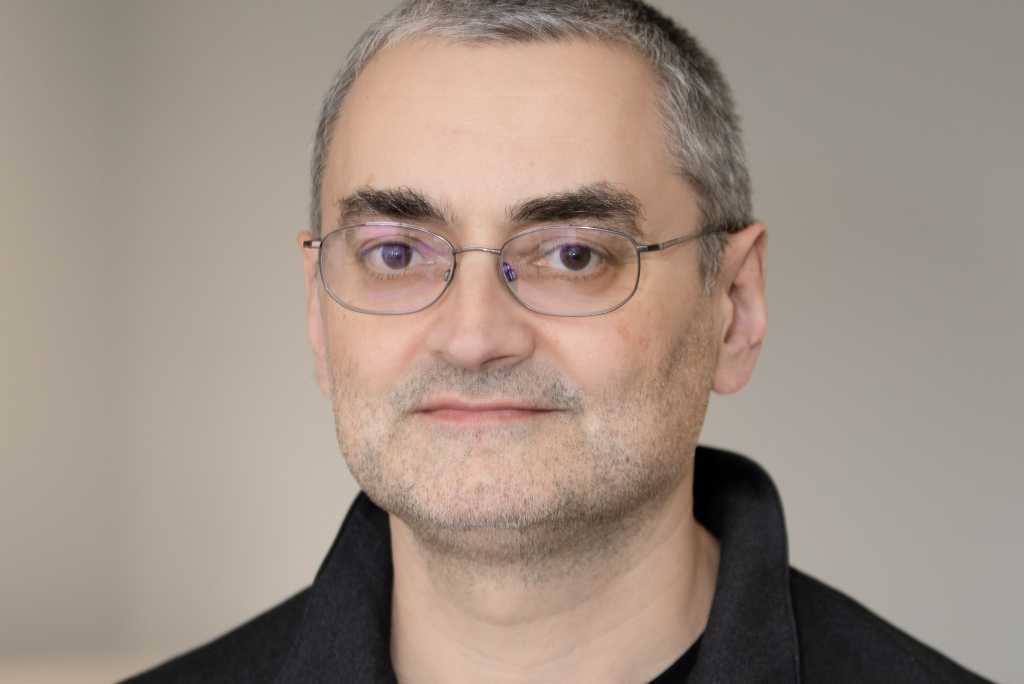 Magna International has made a big splash of late displaying the highly anticipated Fisker Ocean SUV electric vehicle (EV) and a pilot of a pizza delivery robot at trade shows.

But you won’t see the company brand anywhere on any vehicle. The Aurora, Ontario- and Troy, Mich.-based company, founded 60 years ago as an automobile supplier for the Big 3 in Detroit, does it all for auto dealers on both sides of the Atlantic Ocean.

Magna, for instance, has built 3.7 million vehicles for OEMs, including the ePace for Jaguar, and is putting the final touches on the Fisker Ocean SUV EV, based on a modified version of Magna-developed EV platform that powers Fisker’s FM29 platform for renowned automobile designer Henrik Fisker.

But one thing is clear: Magna has no intention of entering the automobile industry. Contract assembly is simply part of its DNA. “In terms of automotive, sometimes it’s easier to describe what we don’t do than what we do,” quips Boris Shulkin, senior vice president and chief digital and information officer for Magna, who has held various positions in the company during his 20-year tenure, including EVP of technology and investments, SVP of technology and development, and VP of R&D.

“What makes us unique is that we’re able to design and manufacture vehicles for our customers but that’s not all that we are about,” he says.

Here, information technology plays a key role. The company’s ongoing digital journey, in tight partnership with OEMs and multiple cloud providers, has been expanding and transforming every aspect of Magna’s business and manufacturing processes for many years.

Accelerating innovation in the cloud

“We are very much cloud-native today right across the enterprise,” says Shulkin, emphasizing that data collection and analysis are core business processes for the company’s complex system development, prototyping, and manufacturing lines.

Magna ignited its migration to a hybrid, multicloud infrastructure roughly six years ago based on partnerships with AWS, Microsoft, and Google.

“We manage that part of the cloud infrastructure with our suppliers and our partners in a very hybridized approach,” Shulkin says, noting that some of the data is stored in private clouds and some in the public cloud.

Whether developing its advanced driver assistance systems, powertrain or chassis systems, energy storage systems, or LIDAR sensors and radars, there is a massive amount of data collection, testing, and validation required for millions of miles driven by prototype and production vehicles in all weather conditions and terrain.

There is so much data, it typically comes in petabytes — and that means an old-school approach to data transfer.

“As we’re collecting the data, we’re shipping the data [to our cloud providers] by FedEx,” says Shulkin, who oversees 500 employees in Magna’s global IT staff and 1,400 technology contractors spread across six business units globally. “For the amount of data we’re collecting daily, believe it or not, it’s easier and faster to send a hard drive from a data location to the private cloud than to ship it over the dedicated connection to the cloud. The throughput of most capable modern networks is not big enough.”

Magna has developed its data pipeline and tool chains in house and in concert with its cloud partners. “It is the digital plumbing,” he says. “It’s an enabler for operational efficiency.”

Using data design and analytics platforms, Magna engineers build prototypes of subsystems, parts, and vehicles electronically — rather than physically. “It’s about building the digital twins,” Shulkin says. “The ability to use the data proactively as opposed to reactively. That is where the business value comes from.”

Just as it has for Magna, the cloud has been a key enabler of innovation for a wide array of companies, says Gartner analyst Mike Ramsey.

“The cloud helps companies make use of a huge volume of data and run analytics and advanced engineering techniques leveraging massive data centers rather than overtaxed on-site computers,” he says. “It also helps them collaborate around the world, speeding up innovation and allowing for 24/7 development. Collaboration and the ability to scale up quickly for huge computational requirements is an immense value for cloud.”

Data lake as fuel for innovation

Magna is in the process of building what it dubs its enterprise digital platform — a data lake to address its big data problem. In conjunction with its cloud partners, the company will use commercial products and tools such as Snowflake to establish a massive, universal data pool that can be tapped into by all its enterprise employees.

But most important, Shulkin says, is creating and managing standardized interfaces that allow all business units globally to employ the data they need.

“What we’re in the process of doing is creating standard interfaces between all of this in order to enable people to have seamless access to it,” he says. “Creating the interfaces allows many employees to create the digital twin without changing 50 ERP systems overnight.”

Data governance is another important aspect of Magna’s enterprise digital platform, which is used globally and subject to various rules and regulations by providers and officials in each nation. Streamlining that is critical to efficiencies.

“If I had to summarize the enterprise digital platform, it’s about enabling operational efficiency, improving the bottom line, and putting trusted data at the fingertips of decision makers as early as possible so they can make proactive decisions,” Shulkin says.

Magna is enjoying the fruits of its technical mastery in myriad ways, from production efficiency to its status as No. 1 in sales in North America and a stellar reputation that led Henrik Fisker to select the company to produce his Ocean SUV, due to debut within months.

The company is reluctant to detail that forthcoming contract assembly pact with Fisker. But Shulkin is eager to discuss the extensive management of data, digital tools, and digital processes Magna employs to create digital twins and prototypes of next-generation EVs and mobile systems.

“Because we’re dealing with the size of clouds where it starts in petabytes, and some of it in private clouds and some of its in public clouds, Magna is the one that manages it through both the development, testing, and validation,” he says, adding that enterprise CIOs with similar big data challenges must take the driver’s wheel to ensure that all the technical and governance requirements related to their complex hybrid and multicloud enterprises are properly handled.