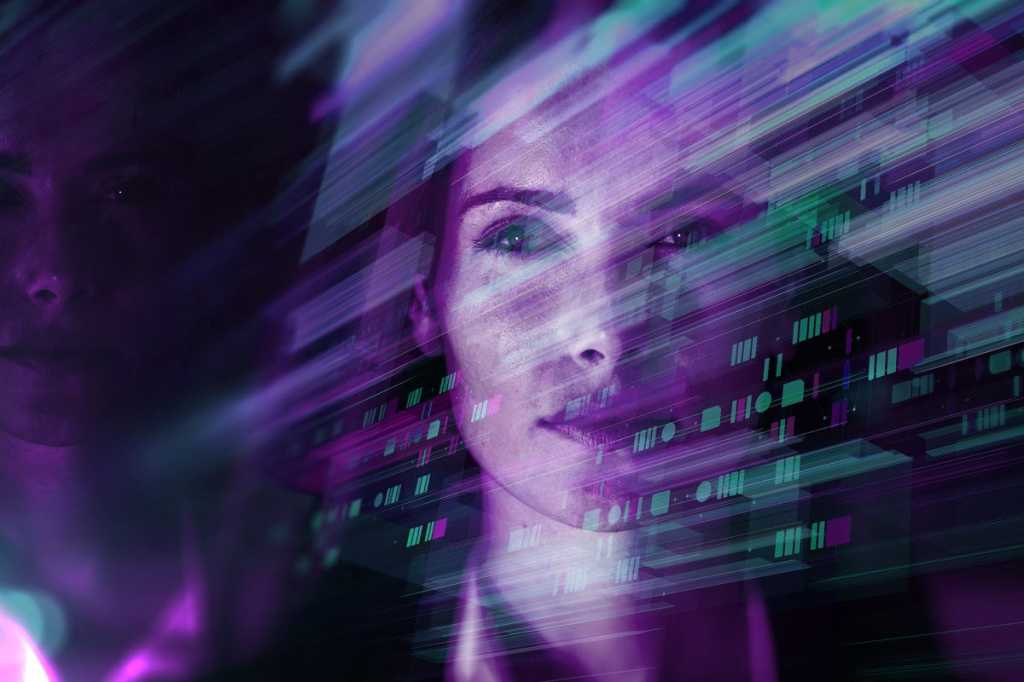 The chief technology officer (CTO), also known as the chief technical officer, is the executive who focuses on the technological needs, challenges, and opportunities within an organization.

CTOs are similar to CIOs. But they are responsible for the overarching technology strategy and infrastructure to help meet the organization’s goals, while CIOs oversee the IT departments and staff to manage everyday operations and in many cases work with business leaders on aligning IT with business goals.

CTOs oftentimes are also in charge of managing research and development efforts and overseeing intellectual property at their organizations.

Depending on the organization and its structure, the responsibilities and functions of CTOs and CIOs might overlap. But in most cases, among the requirements of CTOs are to be aware of existing and emerging technologies that might be of value to the organization, and to develop policies and procedures that leverage technology to enhance products and services for external customers.

When both a CIO and CTO is present within an organization, the CTO usually has more technical expertise, according to the U.S. Bureau of Labor Statistics (BLS). The CTO usually reports directly to the CIO and is responsible for designing and recommending the appropriate technology solutions to support the CIO’s policies and directives, the bureau notes. CTOs also work with different departments to implement the organization’s technology plans, it says.

When a company does not have a CIO, BLS says, the CTO determines the overall technology strategy for the firm and presents it to top executives.

As digital transformation efforts continue at organizations in virtually all industries, demand for CTOs is likely to grow. These initiatives include expanding mobile environments, moves to the cloud, the emergence of the Internet of Things (IoT), and the rising importance of big data/analytics—among other areas.

Given the somewhat broad latitude and changing nature of the CTO role, people aspiring to this position might need to have knowledge in areas such as data management, cyber security, network operation and maintenance, technology architecture, technical strategy, new technologies, customer relations, corporate strategy, and business models.

And because this is a largely collaborative role, CTOs need to have strong communications skills.

What does it take to become a CTO? To find out, we spoke with JP Morgenthal, vice president and CTO, Americas, at Automation Anywhere, a provider of robotic process automation (RPA) software.

Advice for others: Think about your career strategically, rather than focusing only on trying to meet immediate, tactical needs. Listen to understand and not just to respond. Being a generalist is more important than being an expert in a narrow set of technologies.

Many people come to realize they have a knack for technology, and in Morgenthal’s case the revelation came early on.

“I have been enamored of computers since I was in sixth grade,” he says. Morgenthal’s high school taught BASIC programming in seventh grade math, and the year before he reached that grade he was learning from his sister’s seventh grade math notebook and began programming on Atari videogame systems. He also spent hours at the mall Radio Shack store playing around on a Tandy RS-80 microcomputer.

“I was lucky enough to attend a school with a vocational/technical program that included three years of COBOL programming,” Morgenthal says. “I was professionally developing software in my junior and senior years of college.”

Other than wanting to be a stand-up comic, which he tried to do at Pip’s Comedy Club in Brooklyn while attending Hofstra University, “I’d say programming was my intended choice from a very young age,” Morgenthal says. He received Bachelors and Masters degrees from Hofstra, both in computer science.

After graduating in 1988, Morgenthal immediately took a job as a contract developer in Manhattan. He was placed at financial services company Citibank, where he was able to leverage the experience he’d gained working as a developer during college.

“Being a consultant had it’s plusses and minuses,” Morgenthal says. “One of the big minuses was you never really feel like you’re part of the team. There’s no upward mobility, and you are often the impetus for someone else being promoted.”

But this opportunity led Morgenthal to his next two jobs, both full-time positions in IT. “Being in Manhattan, I tried to combine my two loves: technology and entertainment. I went to NBC first. While my entire department was focused on delivering systems on IBM mainframes, I became the ‘PC’ guy.”

The job didn’t pay well, however, and when Morgenthal had the opportunity to lead the movement of the IT department for EMI Music Worldwide from London to Manhattan, he took it.

“Looking back, this is where I faced one of my major crossroads,” Morgenthal says. “I loved music, and in college DJed at bars for extra cash. I worked directly in the office of the CEO, which was placed in a partitioned office area off of the New York headquarters for Capitol Records.”

There were huge musical powerhouses in the offices daily, and being the only IT person in the New York office provided Morgenthal with a great opportunity to network with top executives. “I had the opportunity to shift careers at that point and get on a path that could have led to becoming a music producer or executive,” he says. “But I was young and too focused on the money. I saw what the technology world was paying for software development on Wall Street, and I jumped ship for the money.”

From 1990 to 1996 Morgenthal worked in and around Manhattan in full-time and consulting roles for banks, brokerage firms, and trading firms. He was also working at that time on earning his Masters degree, with a focus on distributed computing.

“This led to being able to work on [innovative] solutions using technologies like Distribute Computing Environment and Common Object Request Broker Architecture, the forbearers of today’s Web-based services infrastructure,” Morgenthal says. His training allowed him to also become the lead architect for much of the work.

In 1996, an analyst with research firm D.H. Brown & Associates heard a talk Morgenthal was giving and invited him to meet the founder of the firm, Don Brown, who talked him into becoming an analyst covering middleware.

“At that point I had not written professionally and I’d say I wasn’t all that eloquent of a writer,” Morgenthal says. Don taught me how to write, and I can’t stress this point enough. Getting to where I am [today] was largely a result of my ability to write and speak publicly, both of which I had done in spades by the time I left D.H. Brown to form my own analyst group NC.Focus.”

Around this time XML and Java were the two hottest technologies on the rise, and Morgenthal was the number one analyst in both of these topics. He became editor-in-chief of XML Journal, wrote a book about XML and Java, and was doing training on these technologies around the world.

In 1999, NC.Focus was acquired by a software startup XMLSolutions, and Morgenthal became the CTO. By this time, in his various roles he had worked with CTOs at many of the biggest technology companies in the world.

“In addition to understanding the perspectives these roles provided, I always continued learning and staying on top of the latest technology innovations,” he says. These include service-oriented architecture, enterprise architecture, cloud computing, Internet of Things, microservices, DevOps, blockchain, and automation.

After XMLSolutions, Morgenthal briefly worked for another startup called Ikimbo before joining Software AG as chief architect. Following that he started a company called Avorcor, where he developed what today would be called microservices that were designed to help modernize existing warehouse management, logistics, and retail systems.

It was during this time that Morgenthal acquired perhaps the most important skill for being a CTO: understanding the business. “Being CEO meant I had to have a good grasp on marketing, promotion, sales, and even raising capital,” he says. “I pull on that experience still today to better communicate with my C-suite customers about the relevance and application of technology. Moreover, I can do so in a language they best understand.”

About four years later, Morgenthal was named CTO of application services for DXC, a managed services provider. “Even though I had touched many aspects of IT by this time, managed services is a completely different endeavor and I had the opportunity to learn a great deal more,” he says. “The business of managing another business’ IT systems requires an additional level of integration of business and technology skills.”

In October 2019 Morgenthal took on his current position of CTO of the Americas at Automation Anywhere. “They’ve really done a phenomenal job innovating how to deliver automation software” managed from the cloud, he says. “My hope is that I can help leverage this innovation to help businesses accelerate their use of investment in compute technologies, by expanding the pool of individuals contributing to the automation efforts of that business to [non-IT] employees.”

Among his key responsibilities are supporting and growing relationships with premier customers, technology partners, and strategic alliances in the Americas; representing the company’s RPA platform and associated products in discussions with key customers and partners; producing innovative uses of the platform including integration with strategic technology partner products; and communicating the value of the platform at events and through various media.

“As with any role I accept, it’s usually about making an impact in the world,” Morgenthal says. “I campaigned for a lead role in the robotic process automation industry because I believe it holds tremendous promise to change the way we work. There’s a lot of detractors and naysayers who only see what RPA is today and believe it’s a niche product to address the breach between legacy and modern systems. They can’t envision how it can and will evolve.”

“Bill Gates was a huge influence,” Morgenthal says. “Unfortunately, I never got to meet him personally. I was never really a Steve Jobs fan until later in life when I was better able to appreciate what he brought to Apple and the industry. Perhaps it was my youthful arrogance, but it was difficult to be impressed by other technologists.”

“You need to be the best to get in, you need to get along to stay in, and you need both to advance,” Morgenthal says. “Stop talking over people’s heads. You don’t need to prove how smart you are.”

Advice for others taking a similar path

“Think about your career strategically,” Morgenthal says. “There will be many who want you to focus tactically on their immediate needs and it’s important to be able to help them, but more importantly, make sure their demands are in alignment with your goals. And if they’re not, don’t be afraid to leave. Some have criticized me and I’ve lost opportunities because I have not remained in prior roles for long periods, but those roles didn’t offer me the opportunity to have an impact on the business.”

The biggest and hardest lesson Morgenthal has had to learn and still struggles with is that being the quietest in the meeting often offers tremendous power. “Listen to understand and not just to respond,” he says.

It’s a good idea for future CTOs to focus on gathering a broad range of knowledge. “The technology industry is always changing and requires a constant vigilance to understand what’s being created and the plusses and minuses each of these innovations brings to business,” he says. “Being a generalist, I believe, is more important than being an expert” in a narrow set of technologies.

Many organizations today confer the title CTO on people who will head up specific departments within the technology realm. “This is a mistake and dilutes the value of having a CTO,” Morgenthal says. “The CTO title, in my opinion, should be reserved for visionaries who can transform technology into a business outcome.”