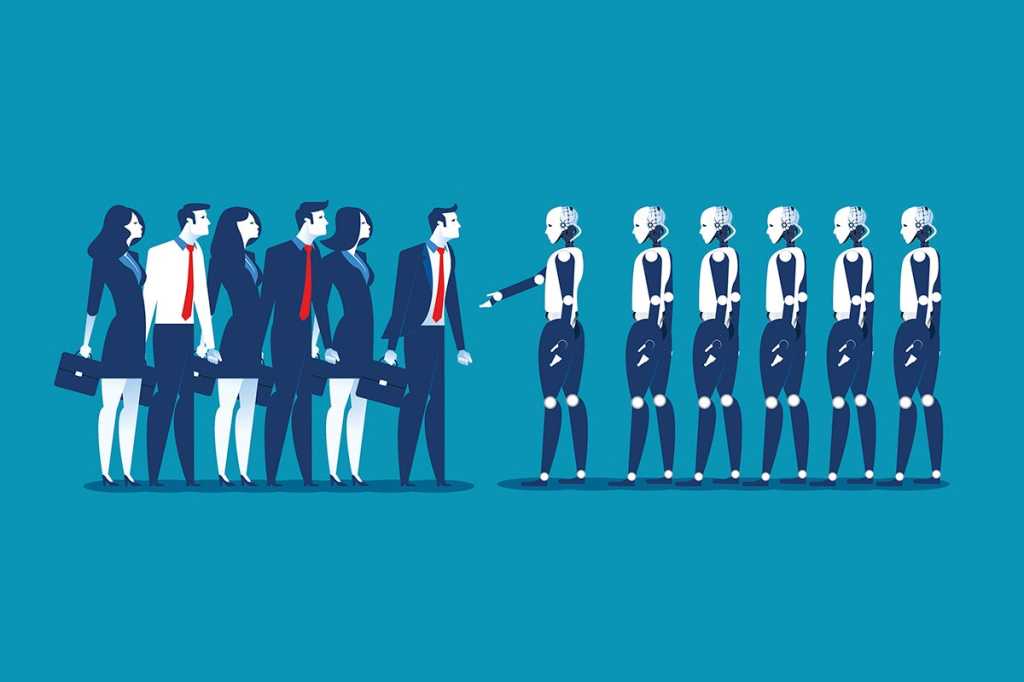 Law firms are notorious paper pushers and even as they digitize business processes, there’s still a lot of manual labor associated with document preparation and moving data between systems.

BAL Global (Berry Appleman & Leiden LLP), a firm specializing in corporate immigration, was ready to eliminate such busy work and take the next step in automation. It launched a program around robotic process automation (RPA) to allow average business users to configure software “robots” to automate what it calls “swivel chair” repetitive tasks. Since launching its RPA campaign, BAL Global is on a much faster automation track while reaping the benefits of increased productivity and lower operational costs.

“We’ve had a software development capability for many years, but there’s a debt to incur — you need someone who can maintain the code and make changes when something is outdated, explains Vince DiMascio, CTO for BAL Global. “RPA is different … in that a business analyst and people without computer science degrees can build and manage bots. That makes development and on-going maintenance costs much lower compared with traditional automation.”

Amidst the hype and promise of artificial intelligence (AI) and machine learning (ML), their less-familiar counterpart, RPA, is starting to gain traction, especially among banks, insurance companies, telecommunications firms and utilities. The technology employs AI and ML to handle rules-driven, high-volume and repeatable business tasks such as queries, calculations and copying and pasting data across systems without any coding requirement. According to Gartner, RPA software revenue spiked 63.1 percent in 2018 to $846 million with projections calling for $1.3 billion in sales this year. By the end of 2022, Gartner expects 85 percent of large and very large organizations will have deployed some form of RPA, fueling a $2.4 billion market.

While initial RPA use cases are aimed at automating back-office functions such as reconciliations and accounts receivable and payables, experts in the field say it’s only a matter of time before RPA is deployed to automate middle office and front-office activities, including customer call centers where there is a lot of behind-the-scenes manual work to share data between multiple systems.

“RPA allows companies to save on costs just like they did 15 years ago offshoring jobs to India and other countries,” says Zia Bhutta, CEO of Accelirate, a business process consultancy that specializes in the use of cognitive technologies and RPA. “Now the idea is to do a lot of that work not just through labor arbitrage, but through RPA.”

Just like the rise of physical robots is spurring fears about displacement of workers, there are concerns — and misconceptions — about how this emerging army of software bots will replace entire categories of information professionals. “Today, 99.9 percent of AI is assistive technology,” says Bhutta, referencing Accelirate customers like BAL Global who are capitalizing on RPA to refocus employees on higher-value work. “What we see is AI and [RPA] playing a role in customer service or back-office functions as a decision support tool augmenting humans, not replacing them.”

As companies move beyond limited RPA pilots to full-blown implementations, there are four practices to keep in mind to ensure things stay on track:

Not every process is a good candidate for automation, and in order to wring the most value out of the technology, you have to look beyond the basics, Bhutta says. Oftentimes, early demos play up the “magical” nature of RPA technology by recording and then mimicking back simple repetitive tasks, but that’s just that’s just the tip of the iceberg. “The reality is RPA is like any other software product — it requires planning and technology support and without it, there’s not much you can do beyond the basics,” he says.

2. Governance is key, but don’t let it grind things to a halt

It’s important to have a strong governance program and ROI model to make sure you’re not just deploying bots without heed to real savings and business value. In addition, governance programs, including the formation of a Center of Excellence (CoE), can ensure bots are well designed, which is critical for avoiding potential processing errors.

At the same time, however, it’s not always important to have a fixed, fully optimized process before you automate. “If you try to fix processes before automation, you may never get off the starting block,” cautions BAL Global’s DiMascio, who recommends parallel development tracks that automate high-volume, low-capacity tasks in addition to identifying more complex and strategic initiatives. “You need quick wins to be credible in order to move the program forward.”

3. Align business and IT

An upside to RPA is the visual programming capabilities that allow average business users to automate tasks without coding. But you still need IT involvement to scale the program effectively as well as business analysts who are skilled in identifying what processes are ripe for automation. “Business users can help set expectations and educate the stakeholders so they understand what the technology can accomplish and the right objectives for the organization,” says Edward Rios, a partner at BAL Global, who serves in a similar type of role for the firm’s RPA initiative. “With all the news coverage, the expectation is that you can apply technology like AI and it’s a magic box — you just tidy up your data and these things take care of themselves. The education component and expectation setting for management is key.”

Automation is just a part of digital transformation, and business leaders have a responsibility to proactively prepare their workforce for the jobs of the future through reskilling initiatives, says Carol Juel, executive vice president and CIO of Synchrony. Synchrony is deploying RPA to automate highly repetitive tasks in areas like fraud, collections, and finance with the goal of having humans and bots drive value together, Juel says. With the bot eliminating repetitive, manual work and increasing productivity and efficiency, the human workers gain a chance to focus on more complex assignments, she says.

To facilitate the transition, Synchrony has a number of training initiatives to teach workers new skills and encourage them to embrace their new bot development responsibilities. “Our employees are gaining new technology skills and helping program a new generation of bots that will simplify previously labor-intensive tasks across the company,” she says.

The proper change management and governance programs are also critical for realizing the best return on the RPA investment and for ensuring the program can scale effectively. For example, user-developed bots work fine until something in the underlying application changes; without proper IT oversight, those automations are at risk of breaking, erasing any short-term benefits.

“Surface automation gives you a huge time-to-market advantage because you don’t have to code at the lower levels,” Bhutta said. “On the other hand, it’s more sensitive to changes. Without the proper change management and governance procedures, RPA simply cannot scale.”