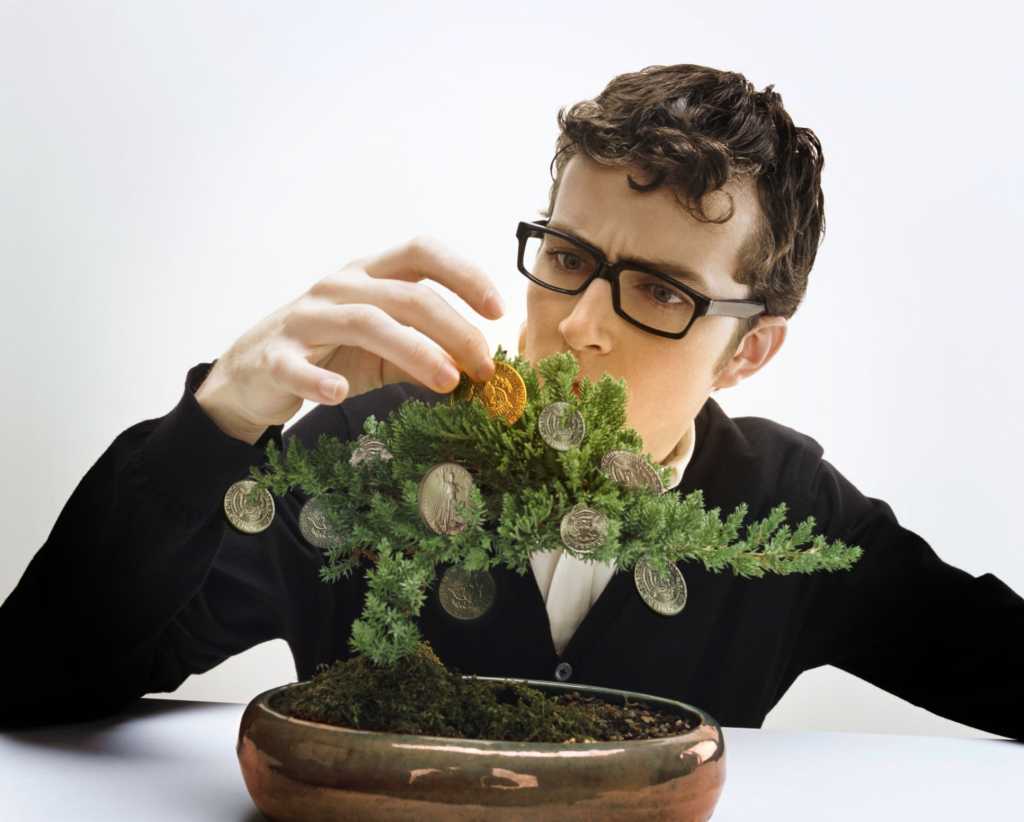 One of the most important parameters for measuring the success of any technology implementation is the return on investment (ROI). Providing a compelling ROI on technology initiatives also puts CIOs in a stronger position for securing support and funds from the business for future projects. This compounding effect shows just how imperative it is for enterprise technology leaders to ramp up the ROI from their deployments.

Here are a few strategies that CIOs have employed to churn out the maximum returns from their technology endeavours.

Too often IT initiatives are undertaken solely as technical projects, with only loose affiliation with line-of-business stakeholders, ushering in the risk of drifting too far from the overall goals and business objectives of the organization. For organizations to work optimally, “information technology must be aligned with business vision and mission,” says Shuvankar Pramanick, deputy CIO at Manipal Health Enterprises. If well aligned, such IT projects can even help generate new business opportunities, he says.

Citing an example, Pramanik says that if the discharge process for hospital patients holding a third-party health insurance, which typically takes five to eight hours, can be brought down to one hour with the help of technology intervention, a new patient can be admitted and given that bed faster, leading to substantial business gain.

Moreover, “by aligning projects goals with broader organizational goals, you can create several more opportunities for the organization,” Pramanik says.

“Suppose a hospital develops an app for patients’ appointment and consultation. In due course of time, this app will gather a lot of patient (demographic) data that can be leveraged to offer new promotional features (discounts, for instance) or enhanced services,” he says. “If the data shows there are more pregnant patients at the gynecology department, they can be offered certain attractive packages so that they are engaged with the hospital till their delivery. Later, the hospital can send suggestions to them for continuing consultation in the pediatrics department in the same hospital after their delivery.”

In this way, a simple app initially targeted for booking appointments can not only help retain patients through their pregnancy but also convert them to pediatrics’ patients, thereby opening a new line of business, Pramanik says.

Jaspreet Singh, partner at advisory and consulting firm Grant Thornton, says that diverse teams have repeatedly proven to be smarter and more efficient if core business goals are aligned with technology implementations.

Depending on the objective of the project, diverse viewpoints from stakeholders across roles (users, business leaders, developers, etc.), across functions (HR, Finance, IT, etc.), and across backgrounds, identities, and abilities can play a key role in maximizing the return on an initiative — especially an organization-wide project, such as an ERP implementation.

Pramanik says diverse teams have different life experiences, which enable individuals to approach problems differently, in turn helping them to empathize with end users in new ways. “It is important

to value diversity to learn new things, exchange ideas, and experiences to achieve the best outcome. To achieve a particular objective there can be multiple ways. Different opinions will help zero down to the best possible option and help lead the project in the best possible manner,” he says.

Diversity of thought helps negate biased decision making. It also draws a more holistic vision for the project by compounding varied viewpoints, Singh says. “Diversity of thought processes pushes the team to challenge themselves continuously and strive to think outside the box. Diverse teams constantly re-examine facts and remain objective,” he says.

Savvy CIOs believe in bringing all parties to a common table from the beginning. But Pramanik emphasizes that IT leaders must formulate the best way to exchange ideas while giving voice to all stakeholders. This requires breaking down silos and assessing each party’s thinking styles so that the final implementation witnesses a smooth acceptance.

“In case of building an application for HR department, the chief human resource manager needs to take the opinion of and get consent from all the downline HR heads, so that all the aspects of the applications are covered and there are no acceptability hiccups later on,” Pramanik says. “If the perfection level of the app is 90% to 95%, your customization will be minimal in the future and the application will bear a high ROI. But this perfection can be achieved only if (in this case) all the HR heads put in their thoughts and suggestions during the discussion phase itself.”

From ERP implementation to application building, CIOs swear by scalable technology. “And why not, tech scalability can make or break ROI,” says Pramanik.

“When building a mobile app for offering a particular service to the customers, say e-pharmacy, you should develop it in such a way that if the business wants to offer more diverse services (x-ray or blood sample collection) through the app in the next two to three years, the requirements should fit into the application without changing its core architecture or else there will be a big dent on the ROI. Initially building a scalable app may look expensive but changing the complete architecture later will incur more cost,” he says.

Similar considerations of follow-on returns should be kept in mind when considering legacy modernization initiatives. For example, even if an existing ERP is working efficiently, and there is no tangible ROI in migrating to the newer version, an upgrade can still be advantageous. As V Ranganathan Iyer, Group CIO of auto component manufacturer JBM Group, says, “the new version of the ERP will accommodate newer technology enhancements, which can be leveraged to derive unforeseen returns out of the project in the long run.”

Here, a cloud-native approach can be beneficial, Singh says.

“A business may have introduced a new product or solution that requires less infrastructure because it has less capacity needs in the beginning. Eventually, however, it will be necessary to scale up the infrastructure as the customer base grows. This is simple to accomplish with the aid of a cloud service provider since there are options for real-time scalability in the infrastructure. Hosting the entire infrastructure on-premise will turn out to be exorbitant,” he says.

While many CIOs have implemented agile methodologies for project deployment, those who haven’t are missing opportunities to streamline their project investments.

Anjani Kumar, CIO at pharmaceutical company Strides, says agile offers the flexibility to break down a project into various small parts, which are delivered through cycles or iterations. This visibility on iterations during the project is extremely effective.

“At the end of each sprint or iteration, a minimum viable product is released, which can be used by end users. Any changes in market demands and user requirements can be considered in subsequent sprints. This approach ensures that the ROI is boosted by considering the changing demands on the IT initiative and making course corrections as per market demands,” he says.

“For instance, in the case of a mobile app built for a company’s sales representatives, the process can be split into three components — the UI/UX component, data integration, and integration with other third-party apps. As the final step for ensuring payment, integration compliance on payments must be introduced through PCI-compliant coding. This is followed by an end-to-end testing upgrading from component,” Kumar says. “If we have 30 screens for UI/UX, then in the typical waterfall delivery, the 30 UI/UX screens would be available only at the end of the project, after which the users might give feedback, which in turn might require changes to kick in further refinement in the UI/UX. As opposed to this, in agile delivery, 7 out of the 30 may be considered in one sprint delivery. At the end of that sprint, users would have a UI/UX for testing and it would be open to any changes if required instead of being there till the end of the project.”

Projects are executed — and adopted — much more effectively when users can provide feedback in iterations, Kumar says. “Consequently, the adoption of such an initiative would also be much higher and that would lead to boosting of ROI.”

Investments made in digital initiatives that are standalone in nature may not necessarily integrate with the rest of the business processes or IT landscape of an organization, thereby yielding limited returns, he says.

“However, if one takes a platform approach where requirements from multiple business streams are considered and then a solution is designed leveraging components of existing landscape, the investment requirement is reduced while the return increases as we are now fulfilling beyond point requirements,” Jayaraj says. “As more requirements are added, the need to invest in them individually is eliminated and the overall ROI is boosted because of reusing the already established component. Platforms establish flexible, loosely coupled integrations among key enterprise system components and can be leveraged for multiple use cases in the future.”

Giving an example, Jayaraj says an appropriately designed enterprise digital platform with a harmonious data model can be reused for multiple applications on the customer side. For example, a well-designed auto spares digital service can be used effectively for supporting a customer-browsable spares catalogue, effective real-time assistance for auto mechanics during service, and an e-commerce platform for selling spares and accessories.

The DigiVOR project at Tata Motors is an example of a platform-based approach. It not only addresses customer service and inventory management for Tata Motors but also helps increase revenue through spare part sales for those customers who might have taken up the grey market route for fulfilling spare parts orders.

“The moment Tata Motors receive a VOR (vehicle-off-road) call registered (either through the digital portal or a call), the support team starts figuring out the critical spare that’s required and putting out a DigiVOR order into the system. DigiVOR initiates an automatic search across all spare inventories that Tata Motors has with the dealer distributors, and authorised service centres in the vicinity of the vehicle,” says Jayaraj. Consequently, this platform-based approach has helped Tata Motors in two business areas: customer service and sales. Not only does DigiVOR reduce turnaround time for procuring inventory from a dealership near where an incident has occurred; it also ensures increased revenue for Tata Motors through spare part sales, as customers can now procure original spare parts through this initiative.

Moumita Deb Choudhury is an Assistant Editor with Foundry India with over 10 years of experience in technology journalism. She has previously worked with HT Media and The Indian Express Group. She is trained in Indian classical music and loves to spend time with her daughter when she is not working.