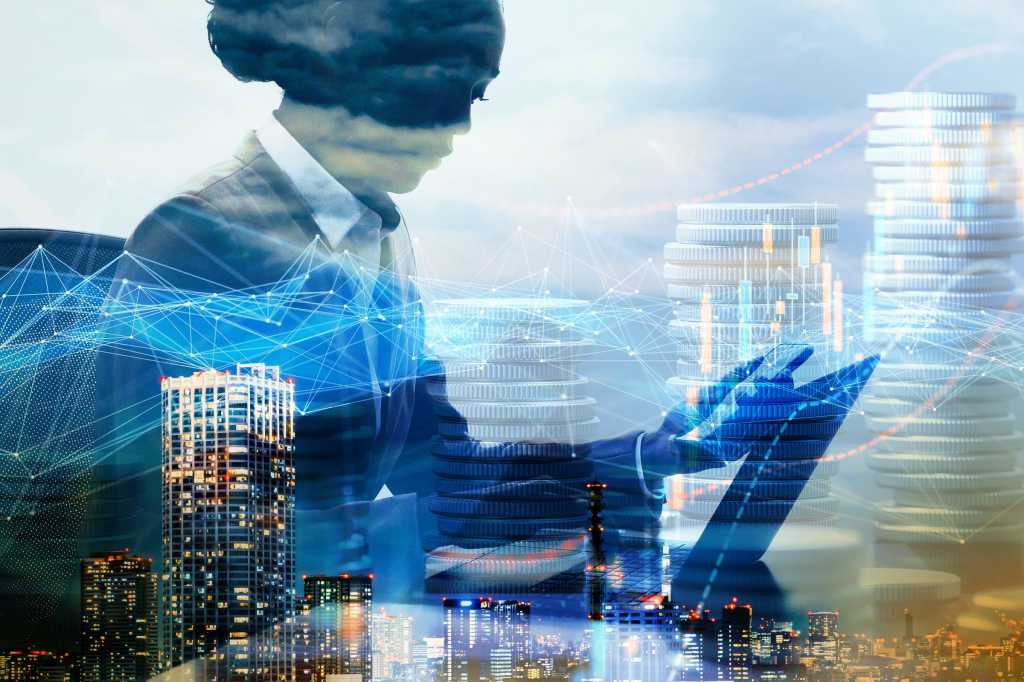 IT leaders hold a powerful position at Owens Corning. CIO Steve Zerby not only has a seat at the table, but he’s driving business strategy at the manufacturing company thanks to his panoptic view of the centralized yet global organization. He’s able to spot synergies in supply chain processes that could create efficiencies, and connect leaders in high-performing geographies with lower-performing regions that could benefit from their perspective — even if they’re not in the same business division.

Zerby’s senior leaders serve as the company’s “air traffic controllers,” he says. They’re able to see the technologies, processes, and people “moving in different directions, the strategies involved, and how they fit together. We’re really in the best positioned to connect those dots, draw those parallels, and see collisions that are about to happen,” Zerby says.

As digital initiatives flourish, the CIO is one of the few executives with a bird’s-eye view of all business functions and how they work in the context of the broader organization, including their digital progress, capabilities, challenges, and talent. For these reasons, many CIO roles have expanded to that of chief integration officer. They’re integrating business and IT cross-functional teams, integrating partner ecosystems for the benefit of the company, and integrating business and IT objectives.

“The CIO role has become much more strategic. It’s not about a functional responsibility anymore; it’s about orchestrating the technology capabilities to deliver what the business needs,” says Khalid Kark, global CIO research director and managing director of Deloitte’s CIO Program.

“We are seeing a significant expansion in the CIO role and specifically in a handful of responsibilities that weren’t there pre-COVID,” including monetizing data and technology for the organization, re-imagining how work is done through automation, and more focus on emerging technology to drive business solutions, Kark says.

This may be because large organizations are re-shuffling org charts to place chief data officers, chief digital officers, and chief technology officers under the CIO, where many have been horizontal or dotted lines to the CIO. The goal is a more cohesive approach to overall tech strategy. Otherwise, tech will again be siloed and the business doesn’t know who to turn to first, Kark says.

At Tokio Marine North America Services, integration means not just technology integration but people and processes integration. CIO Robert Pick does a lot of integration through the vector of automation. His company became interested in robotic process automation and process orientation, which included business process outsourcing and optimization.

“In our organization, the team of Six Sigma and business process management folks is actually in IT,” he says. “They’re the same people who do robotics process automation — and now they’re doing broader intelligent automation,” with Pick overseeing and integrating those roles in the organization.

Pick also found responsibilities that were once under the COO’s stack, or didn’t exist at all, are now falling under IT. “We collected them just by adjacencies,” he says. For instance, IT disaster recovery responsibilities broadened to included non-tech related responsibilities, but they still fell under IT. “All of a sudden, boom! We own active assailant training … and the totality of how we continue the true business processes, all the way through to emergency management and crisis management,” Pick says.

Like it or not, the horizontal view that CIOs have puts them in the catbird seat to see across stovepipe departments and even across multiple businesses, which makes integration a logical role, not to mention having the resources to execute, as opposed to other adjacent CXOs.

“When CIOs are in charge of the integration process they can deliver more value,” Pick says. “If we’re providing the glue, not just relying on it, that allows us to avoid problems.” It has also elevated the CIO’s influence in business strategy.

CIOs as integrators of business strategy

CIOs are better-suited for the chief integration role than other C-suite executives, says Lookman Fazal, CIO of NJ Transit, the third largest transit agency in US providing nearly a million trips a day pre-pandemic.

“IT has always been integrating systems, and we’re used to changing these technologies every three years. It’s just that we were doing it with tools, not people,” Fazal says. Today, CIOs are bringing people together along with processes to impact business strategy. While most C-suite execs focus on day-to-day operations, “the digital heads look to the future and see what’s coming on the horizon,” he adds.

Fazal has taken the integration reins when it comes to changing the public transit agency’s mindset from a state-owned monopoly to a competitive business-to-consumer organization. “We offer a product [transit], and we need consumers to buy our product, and we need to stay competitive,” he says. “So how do we retain customers, maintain foot traffic, increase revenue, stay ahead of competition, and don’t get shut down?”

One piece of this effort, a rewards program, offers travel points that customers can redeem for rewards at local businesses near transit stops. The IT team not only built the platform for the project, but Fazal helped build the business case, identified its impact on each business unit, and then developed the change management processes around it. “IT is in the best position to look at the impact of process change across the organization,” he says.

Integrating with outside business partners

Business strategy often collides with a shortage of needed skill sets, and CIOs are being called on to integrate with outside business partners and ecosystems.

National Life Group CIO Nimesh Mehta brought together partners from outside the company to create competitive advantage for the insurance provider in the form of instant policy approval and issue. The application and underwriting process typically took 20 or more days for approval under the company’s previous approach. Mehta and his team envisioned being able to issue complicated policies instantly and “without a human touch.”

“We brought together not only internal teams, but we also had four other vendors in the insurance space, including a software vendor, system integrators, and data partners, and we built one team with a very clear vision to get from Point A to B.” The 18-month project was completed in June 2022, the first of its kind in the US.

“It’s not just about the IT team working with the business team — you show up as one team — and making sure that everyone is on the same page with the same goal,” Mehta says.

CIOs may need to tweak their leadership style to work successfully with groups outside of IT.

“You’ve got to have a little bit of humility because as you wade into groups where you’re not familiar with their domains and expertise you will be wrong sometimes,” Owens Corning’s Zerby says. You also have to be willing to give them what they need and not necessarily what you want to provide to them, he adds, whether that’s process help, change management assistance, talent guidance, or just a global perspective based on experience.

As part of his integration role, Mehta is helping the organization move from the concept of “teams” to “teaming,” which is “people who have never practiced together having to come together to solve a problem,” Mehta says. This requires changes to the CIO’s leadership style. They’ll need to articulate a very clear vision, hone their storytelling and articulation skills, learn to deal with diversity of thought and personalities, and have the ability to influence, he says.

… and a change in hiring style

CIOs should make sure they have capabilities in at least one of the three emerging areas of CIO responsibility to remain relevant — which are monetizing data and tech, re-imagining work/AI, and implementing emerging tech to drive business strategy, Deloitte’s Kark says.

That sometimes means hiring people with different skill sets. In a Deloitte report to be released this fall, CIOs were asked to rank human skills and tech skills and what they were planning to hire for in the next two years. “The majority were looking for human skills, like creativity, out-of-the-box thinking and solutioning, as opposed to more technical skills,” Kark says.

Owens Corning’s Zerby already sees the CIO integrator-to-influencer role playing out in his organization. When he first placed two divisional CIOs into three of its businesses, “they were the technology person sitting in the room waiting for some technology idea and need — that’s how they were seen, and that’s probably how they acted,” he says. But over time they began proving their value by connecting the dots and “being good at things outside the IT discipline,” he says.

“Now they’re [doing things like] leading the organization on how we’re going to execute a strategy. It could be leading an exercise with the customer; sometimes they’re even interviewing talent for other parts of the business. That’s the holy grail of where you want to get,” Zerby says, “being seen as a bigger contributor than just a technologist.”