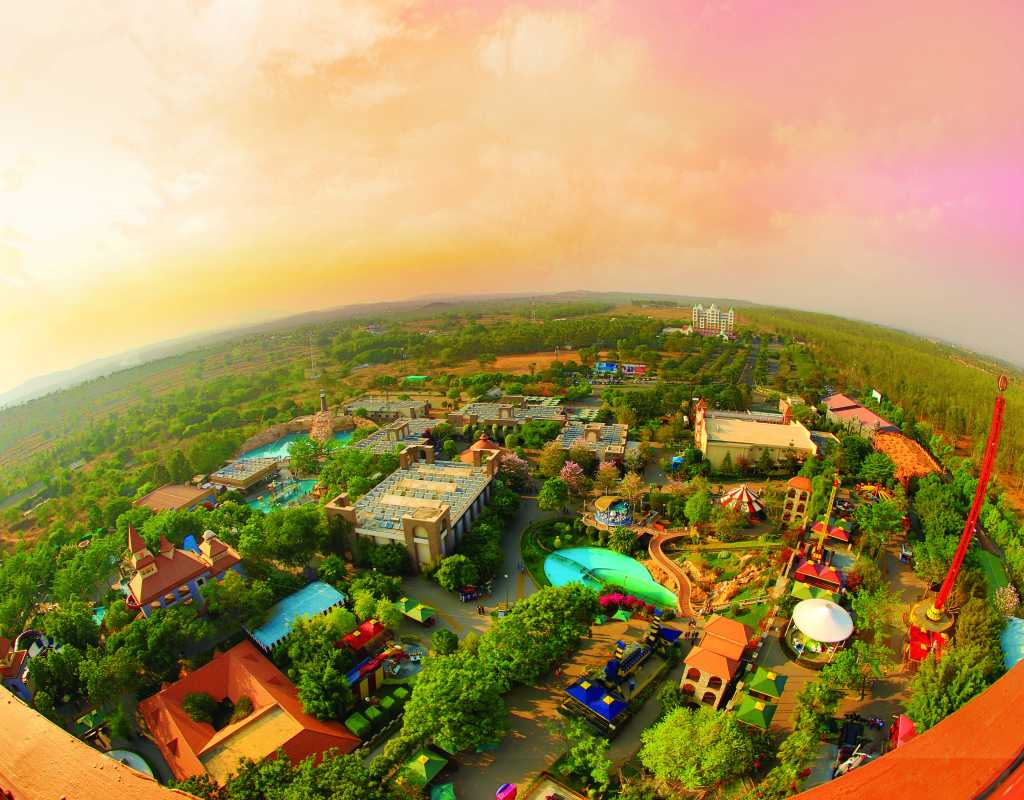 The company, listed on both the National Stock Exchange and the Bombay Stock Exchange, operates three amusement parks in Kochi, Bengaluru, and Hyderabad that were set up in 2000, 2005, and 2016, respectively, and plans to open two more amusement parks in the near future, in Chennai and Bhubaneswar. But outdated processes have been holding the company back in two important areas: operational efficiency and customer experience (CX).

“One of the most important parameters for running smooth and successful operations at an amusement park is to manage the crowd and deliver better utilization of rides and facilities with proper time management to the guests.  However, at Wonderla, visitors and managers had no visibility into the crowd at other rides and facilities, which led to the guests spending more time in the queue, adversely impacting their experience,” says Arun K Chittilappilly, managing director of Wonderla Holidays.

“If we could provide real-time information about the occupancy at various zones, land rides, water rides, pools, restaurants, and changing rooms, it would help guests to decide their route to maximize enjoyment at the park. Displays with better and on-time communication with guests on the availability of rides and expected queue waiting time for each ride would improve CX in a big way,” he says.

In the absence of insights into guests’ data, not only the rides but other areas of the amusement park were also getting impacted. Multiple paper bands were being used for tagging captured photos and videos. There was no way to locate guests’ missed items. Also, the marketing, food and beverage (F&B), and retail teams were missing out on huge monetization opportunities.

“To overcome all these bottlenecks, going digital was the only way forward,” says Arun.

To improve customer engagement and experience by extending personalized offerings to guests, Wonderla Holidays has decided to leverage RFID technology in the form of a wearable band, called Wonderband. The band is to be made available to all guests as a valid entry ticket.

“The band would understand each guest’s ride liking, preferred routes, fondness for food, and inclination towards merchandise while they are in the park. Based on real-time information generated by this data, we can extend our personalized services,” says Ajikrishnan A G, vice president of engineering and IT at Wonderla Holidays. “They can enjoy land rides, and water rides, utilize the lockers, and make payments at restaurants and shops all by using the band. Photos and videos captured at various rides and locations can be connected to this band and later they can purchase at their convenience.”

The critical part of the project is to have two different frequency RFID chipsets aligned in such a way that the band performs with a high read range. Multiple RFID combinations were tried to get the best range. As the performance of RFID is inversely proportional to body contact, the design and development of the mould were made in such a way that the surface contact with the body was very limited.

One pulse sends 150 bytes of data. So, each band can send out 500KB to 750KB of data. To handle the huge volume of data thus generated, the company is in the process of deploying a data lake, data warehouse, and real-time analytical tools in a hybrid model. The entire data from the band would be pushed to the cloud for analytics to work on it, while the infrastructure to process all the cash transactions would be located on-premises.

The project, expected to cost US$400,000, will be initially piloted at the Bangalore amusement park in 2023.

Wonderband will become one band for ticket, wallet, locker, and ride usage. The data captured by it and processed at the back end will yield valuable information for the company to act upon.

“Manual data logging to understand the ride cycles and utilization by guests will be overcome by using the band entry and exit tracking at each ride. In addition, ride usage based on gender, adult, or child, etc., will be available. We will be able to track ride preferences of guests such as high thrill, family, and kids, including the numbers of rides utilized by a guest, as also the peak time and non-utilization time information of rides and facilities,” says Arun.

Virtual queue booking of rides can be validated with the band through a mobile application. Multiple paper bands used for tagging the captured photo and video can be linked to a single band. Lost and found tracking will be improved based on the guest routes.

“In addition, the marketing, F&B, and retail team can improve their operations by persona creation for more optimized media spending and partnerships. There are implications for proximity-based marketing as we can check probable routes and play with messaging based on day part and use cases. ADMP [all day meal plan] booking can be mapped with the band and identified from restaurant kiosk,” he says.

Wonderla Holidays expects spend per person to improve once Wonderband is in operation, due to better service and more digital transactions through the band rather than cash payments. Guests will also be less likely to encounter mobile network issues for UPI and card transactions.

“We expect an additional footfall per year of approximately 5% of the yearly footfall, as well as an additional 5% sales per head. In addition to the saving in ticket paper printing, there is no waste generation as it’s a reusable band, which makes it an environmental-friendly initiative,” Arun adds.

The project is expected to go live in the next five to six months. The company will see if there are any teething troubles in the Bengaluru park before rolling out the solution across all its amusement parks.

The project recently bagged a 2022 US CIO 100 award, which acknowledges excellence in technology innovation.