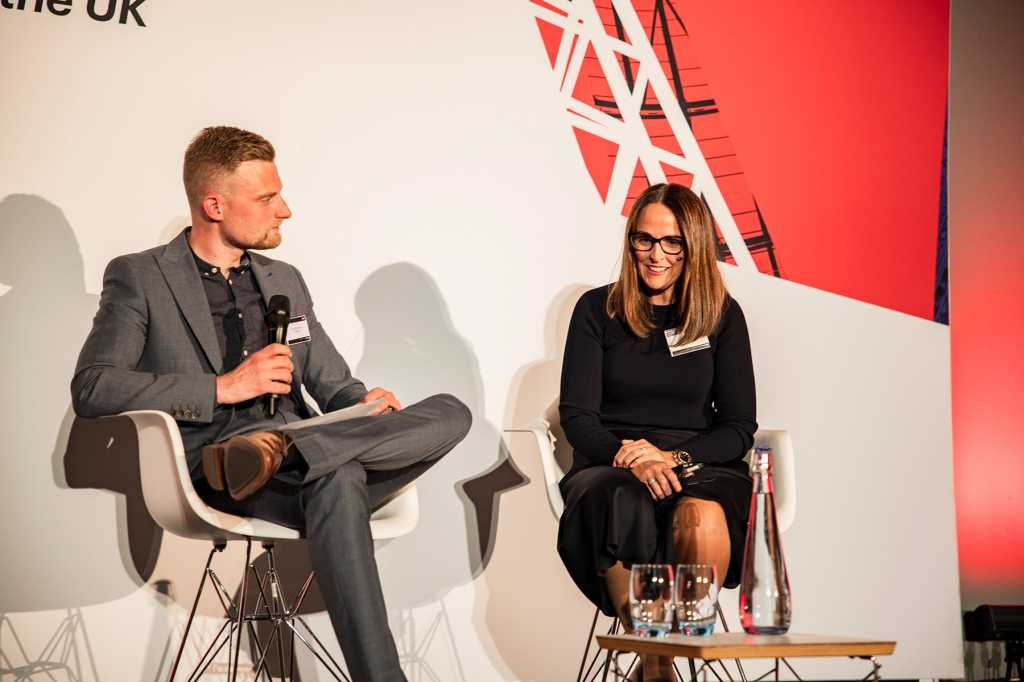 As CIO at The Hut Group (THG), the British ecommerce firm behind such brands as Lookfantastic and Myprotein, Joanna Drake has been navigating some serious headwinds.

Responsible for global operations and technology services across company and customer websites, staff technology, and THG’s direct-to-consumer Ingenuity service and hosting business, Drake has looked to support the rapid growth of the Manchester-based firm through IPO, a global pandemic, supply chain instability, and the onset of recession.

Speaking at the CIO UK 100 awards ceremony at the St Pancras Renaissance Hotel in London, Drake explained what it meant to be ranked the top CIO in the UK, how her tennis background shaped her leadership, why automation is freeing up her IT team, and how THG is supporting engineers relocating from war-stricken Ukraine.

CIO 100 winner, sports leadership and being ‘too friendly’

“If this was about me, as an individual, I’d struggle to do a [CIO 100] submission,” she said. “So it’s about the team and I’m blessed and honoured to work with some amazing people every day, with so much grit, determination and creativity.” She also added that it was also an opportunity to stop and reflect on how far they’ve come in the last year, and how she fell into IT after a career in tennis failed to materialise, first starting out in help desk support before progressing into service management and engineering positions.

As she climbed the ranks, taking on more senior technology roles at Diageo, Accenture, Yahoo, Betfair, BBC and Skyscanner before joining The Hut Group in 2018, she realised that her sports background could shape her leadership style.

“Sports taught me about teamwork, putting players in the right positions, team formation, understanding your strengths and weaknesses, practice, hard work, discipline and how and when to apply coaching or mentoring,” she says, adding that she continually analyses the ‘ingredients’ of her team, to find details that can make big differences.

This isn’t to say that Drake’s ascension to the higher echelons of business leadership has come without difficulty. In particular, throughout her 20-year career, Drake has often been chastised for being too friendly, an unfamiliar quality perhaps in a results-driven business world.

“A lot of times in my career I’ve been told I wouldn’t make it as a senior tech person,” she said. “Actually, I think it’s about being my true authentic self because it’s exhausting if you can’t be yourself. I’ve learned through being me that actually, that’s okay.”

Digital workplace, automation and ‘IT as consultants’

Drake highlights THG’s digital workplace and automation initiatives as her team’s most notable achievements over the last year, alongside its Ingenuity Compute Engine (ICE), through which THG is hoping to build ‘hyperscaler experiences’ across more than 50 data centres.

As part of the ‘infrastructure reimagined’ programme, ICE provides a software-defined, infrastructure-as-code (IaC) platform where teams can run containerised applications on Kubernetes, ultimately speeding up infrastructure procurement and deployment. Drake says THG has built the platform in four of its data centres so far, allowing developers to build new platforms on ICE, and migrate existing THG workloads onto it.

Speed and simplicity have also been the essence behind THG’s digital workplace initiatives.

Automation, meanwhile, has been introduced to free-up IT team members to become consultants to the business, removing their operational toil while empowering their line-of-business peers to focus on more strategic work.

Leveraging a combination of RPA, low-code and no-code technologies, THG has sought to streamline processes, particularly in HR such as joiners, movers, leavers and role-based access control.

“Automation has been about [IT] almost automating themselves out of the jobs they had, so they could go on to more interesting roles,” says Drake. “Where they’ve removed a lot of operational toil, we’ve had to re-skill our engineers and this is great for retaining talent.” So instead of churning or doing tickets, engineers go out as consultants in the business and speak to different departments about processes. “They follow things that hold them back, how they could do more, so they can actually remove their operational toil,” she adds.

Despite such technological innovation, Drake is adamant that people remains her top priority, and she’s taking to stealthy methods to find prospective talent.

“I do a lot of stalking on LinkedIn,” she says. “I think about the sort of people and skill I want, and I go and hunt them out. I’ve got to build the team and I want the best players so I’ve got to go out there and find them. And when I’ve got them, I need to make sure they’re successful and making a difference. And if they’re successful, we’re all happy.”

Yet she recognises that the ongoing recruitment challenges, cost-of-living pressures and deepening mental health concerns mean the focus must be as on talent retention and attraction in equal measure.

To further help with the former, Drake oversees a series of stand-ups during the week to keep the team engaged. There’s a Monday session that tackles how the IT team plans to ‘win’ that week, a Tuesday one is called take-over Tuesday, Wednesday’s focuses on wellness and development, and Friday offers an opportunity for team shout-outs and general updates.

The Hut Group has also looked to help engineers get out of Ukraine at the onset of the war with Russia, helping to evacuate them and their families to Poland, paying for accommodation and providing homeware, toys and jobs at a local warehouse.

“For a lot of our staff in Ukraine, work has helped them lead as normal life as possible in these circumstances,” says Drake. “Ensuring they are very actively involved in and heard every day is a really important part of supporting them.”

Much of last year’s progress has been about laying the technological foundations for the next 10 years, yet Drake acknowledges that the next 12 months could be a bumpy ride.

The Hut Group has seen its growth stunted in recent times by rising raw material costs, cost-of-living pressures on customers, declining shares (down 86% year-on-year), and a market valuation that recently plummeted from £5bn to £600m amid market headwinds.

In October, Japanese investor SoftBank announced it was selling its 6.4% stake to company founder Matthew Moulding and Qatari investors for just £31m, having bought the stake in the shopping group for £481m in May 2021.

Such uncertainty means Drake’s focus is now on efficiency.

“[My priority is] continuing with all of that efficiency stuff—ICE, composable compute, which means we can deliver more, more quickly.”

Drake is also spearheading THG’s ‘match-fit programmes’, looking at ways the group can improve customer service, operational efficiency and team development for when some semblance of normality returns.

She says THG is consolidating toolsets, decommissioning legacy technology and migrating customers to the latest platforms, as well as making sure the firm gets the best ‘bang for buck’ when working with suppliers.

“We thought of using it as an opportunity to get in really good shape, ready for the fight when the world turns the right way up again.”