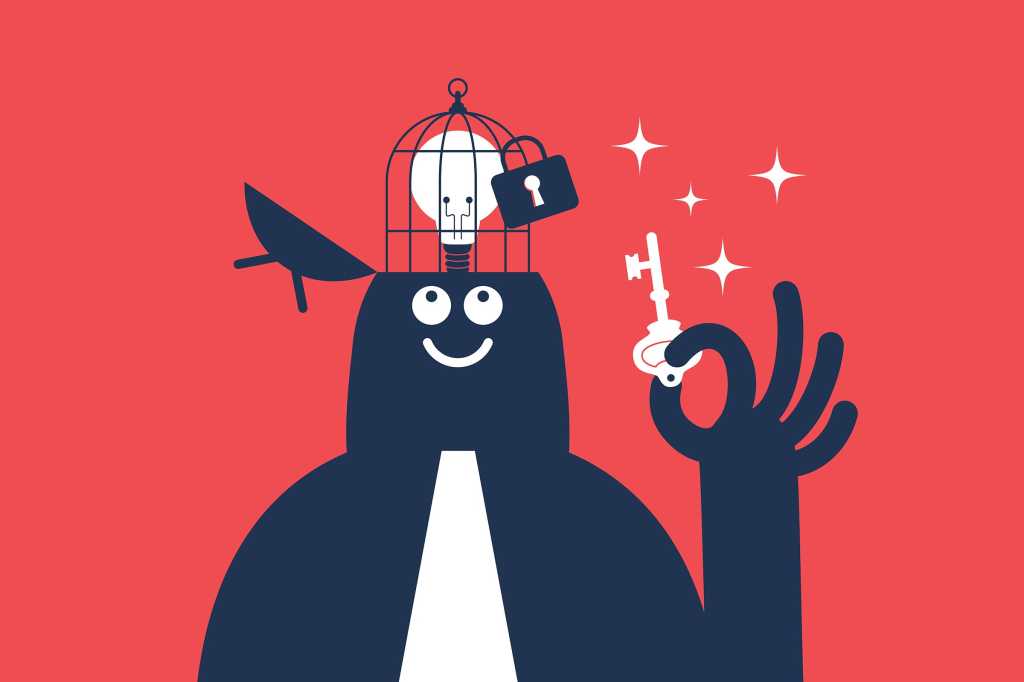 This article was co-authored by Duke Dyksterhouse, an Associate at Metis Strategy.

A lobby television isn’t all that uncommon or remarkable for a $4.5-billion-dollar company, but what’s on the 85-inch screen in the lobby of Generac’s headquarters certainly is. Rather than the predictable advertisements or staged photos featuring happy employees, it’s a demo of the energy management firm’s latest innovation, called PowerINSIGHTS.

It’s an interactive platform. Zip and click and zoom about a map of North America bespeckled with glowing, Generac-orange dots, and as you dance about, watch the handful of key metrics in the UI change to reflect the region examined: UtilityScore, OpportunityScore, PowerScore. Simple metrics, but dense with information, telling not only of any one region’s energy landscape but of the entire energy market’s trajectory.

“Every day that I come into the office,” explains Tim Dickson, CIO of Generac, “I see people I’ve never met, people I’ve never even seen, standing around the demo screen in the lobby. And ideas for how to improve it are pouring in. Other business units, like our subsidiary Ecobee, have already gotten involved. They’ve added their assets to the platform.”

In the world of energy management, Generac’s PowerINSIGHTS platform is a riveting achievement in the race to extract an unprecedented level of intelligence from power grids, which have become more difficult to manage with the rise of Distributed Energy Resources (DERs) like solar, EVs, and, of course, Generac generators. DERs are hard to visualize as they come in many forms and run on unpredictable schedules. PowerINSIGHTS changes that. Its glowing orange dots represent the once “hidden” DERs, and its accompanying metrics reveal how such energy in a geography is managed, used, distributed, and so on.

“This platform brings an incredible amount of unseen energy into play,” says Amod Goyal, one of Generac’s development experts and the manager of the PowerINSIGHTS implementation. “We can see where there’s idle power that a customer might want to sell and where we can redistribute it to help people in need, like after a hurricane. We can do this all without providing any external access to customer data, and we never disclose any personal identifiable information.”

PowerINSIGHTS’ value and novelty may make you think the platform is the premeditated outcome of an arduous program. Its display in the Generac lobby encourages that suspicion. But PowerINSIGHTS is the unexpected outcome of a hackathon led by Tim and his IT organization. Even more notably, the hackathon was one of Tim’s first initiatives after taking the helm as CIO in August of 2020.

Conventional wisdom suggests CIOs should master IT fundamentals before they get innovative. The helpdesk must run like a German train station, the Wi-Fi can’t drop (ever), and the conference room must be easier to navigate than an iPhone. While getting the basics right is table stakes for any CIO, if you wait to innovate until your peers commend you for doing so, bring a comfy chair because you’re going to be waiting for a while. Additionally, the master-the-rules-before-you-break-them philosophy is exceedingly narrow. Who made Wi-Fi or conference-room navigation the rule? The CIO is meant to enable the business, and there are many ways to do that beyond ensuring network uptime.

The best CIOs want to rattle their departments, change their organizations’ stars, and lunge at the big ideas white-boarded in a frenzy of inspiration. But, as is often the case, what if they don’t have the resources, the time, the money, or the mandate?

Do it anyway, Tim says. You might surprise yourself. On the heels of the successful hackathon and PowerINSIGHTS development, he offered three points of advice and encouragement for technology leaders who want to drive innovation, even if they aren’t sure they are ready: You have more at your disposal than you think, your people are more talented than you know, and you will be known for what you do.

You have more at your disposal than you think

Despite what some IT leaders think, innovation is not reserved only for the Googles and the Teslas of the world. Additionally, not all innovative organizations need to be built from scratch. You don’t have to invest in a new kitchen to cook something new; sometimes you need only to step back and consider how you might differently combine the ingredients you already have.

PowerINSIGHTS is a perfect example of this. No element of the platform is all that novel, Tim says, and Generac had the underlying data for years. What’s more, the geospatial visualization of that data was made possible by a feature of Microsoft Azure that had been hiding in plain sight. The innovation came from a new combination of these elements.

There may also be significant change agents in your broader ecosystem. For example, to build momentum behind his hackathon, Tim recruited vendors to sponsor it. Microsoft, Databricks, and others sent in experts a month ahead of time to upskill Generac’s workforce. Suddenly, IT employees found themselves learning the things that interested them and developing the skills they wanted to develop. Other departments, feeling the excitement, jumped into the mix and IT employees found themselves solving problems alongside their peers from Connectivity and Engineering, a demonstration of the business partnership CIOs dream of.

Often, the best inventions seem obvious in retrospect. Keep that in mind when you think your department lacks the resources to build something new. Tim recruited partners to support the hackathon, yes, but what made the difference was Tim’s push to give employees the chance to innovate with what they had. Without that push, it’s likely that the PowerINSIGHTS idea would not have seen the light of day.

Your people are more talented than you know

As corporate IT departments evolve, so too are the qualities their leaders seek in candidates. Where nuts-and-bolts, black-and-white problem-solving once may have sufficed, skills like ownership, autonomy, creativity, big-picture thinking, and continuous learning are quickly becoming essential. Because many IT leaders have yet to see their current employees exhibit these traits, they tend to think they lack them altogether. Therefore, they decide they cannot transform their department or make it innovative until they first hire the “right” people. Since that often requires a budget they don’t have, it’s a good excuse to stand still.

Oftentimes, however, employees already have the autonomy, creativity, and all the attributes that companies covet; they just lack an avenue to showcase those attributes. As Tim predicted it would, the hackathon opened that avenue to Generac’s employees. He elaborated on this insight last year in Metis Strategy’s Digital Symposium: “We had 16 teams participate, 70 people, and we’ve implemented over half of [their] ideas in production deployment. What that showed me is that there was a significant amount of pent-up demand…a significant desire for folks who aspired to do more…and show and present their ideas…in a form that they didn’t necessarily have before.”

The hackathon revealed such an explosive appetite for innovation that, in its wake, Tim and his colleagues configured a digital COE as a central muscle for nurturing that appetite on an ongoing basis. The COE helps anyone in the organization, regardless of their position or business unit, develop their ideas with emerging technologies. “It allows those people with the ideas an avenue to bring them to light,” explained Tim. “When you have that type of engagement from team members, where they feel their voices are being heard, that’s a model that can scale…so we’ve embraced that here at Generac.”

You don’t always need better talent to innovate. Sometimes, you need to innovate to find out how good your talent is. That’s the paradox that drove Tim to host his hackathon in the first place. He wanted to learn who and what he was working with. Dickson likens it to karaoke: “You just don’t know who’s going to hop up, grab the mic, and just wail it out,” he says. “It’s one of the most inspiring things to witness. But you have to play a tune worth singing to.”

You are known for what you do

Aristotle once wrote, “We are what we repeatedly do.” Tim’s rendition is, “You will be known for what you do.” In either case, the emphasis is on the “do.” Tim’s gentle reminder to his employees, and his advice to CIOs, is that the most eloquent memos and best-laid plans are meaningless if there’s no action behind them. Don’t try to convince anyone that you or your department are innovators or wait for permission to become innovators. Be innovators.

The key is to get to something real, however rough. If the idea is even halfway decent, says Tim, that will change everything. And PowerINSIGHTS is the perfect example. Prior to the hackathon and maybe even prior to that, Tim and his team could have frittered away time around the water cooler, spitballing the merits of such an innovation to anyone who would listen. But they didn’t. Instead, they built it, crude as the first iteration may have been. At first, the user interface was Spartan, the user experience clunky, but no matter.

“Once we had something people could see and touch, the whole mood shifted,” Tim said. “The CEO actually… proposed some of the first use cases for PowerINSIGHTS and has remained very involved in the project since.”

That initial action on the innovation front led to real transformation for legacy processes and technologies as well. In Generac’s case, one of the biggest shifts has been an embrace of cloud infrastructure. “Everything was on-prem when I started. But cloud will be essential to supporting PowerINSIGHTS in the long run, so we’ve stood up a cloud-first infrastructure. And of course, the benefits of that have reached beyond PowerINSIGHTS.”

We preach often in this column that you don’t have to have all the answers before embarking on an innovation initiative. Tim and PowerINSIGHTS are clear evidence of that. His team had a plan, of course, but they didn’t wait for anyone’s permission to leap. CIOs hoping to reposition their organizations need not wait. By engaging teams across the organization and acting quickly, you will likely discover new opportunities for innovation, energize a team of talented and passionate people, and win respect, quickly, from your peers.

Michael Bertha is a Vice President at Metis Strategy, a strategy and management consulting firm specializing in the intersection of business strategy and technology. Michael is the Head of the firm's Central Office, where he advises Fortune 500 CIOs and Digital executives on the role that technology plays in differentiating the customer experience, developing new products & services, unlocking new business models, and improving organizational operations. Prior to joining Metis Strategy, Michael spent 9 years in the IT Strategy practice at Deloitte Consulting, where he focused on working with senior leadership teams across several industries on strategic, IT-enabled business transformations. Michael has an MBA from Cornell University, and a master’s degree in the Management of IT from the University of Virginia.