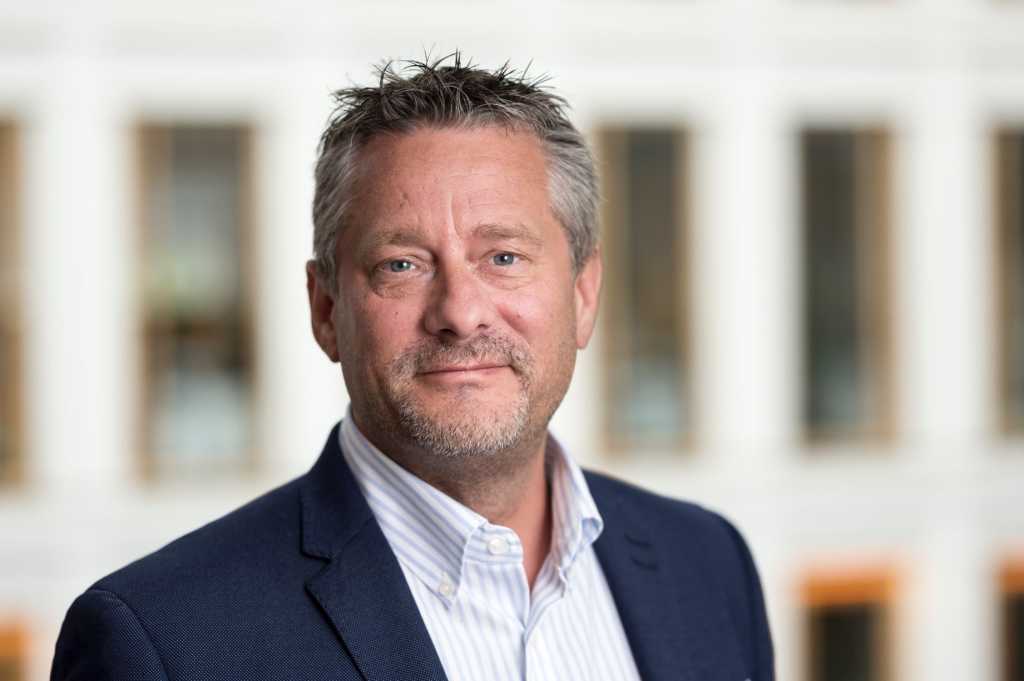 Supply chain disruptions have impacted businesses across all industries this year. To help ease the transport portion of that equation, Danish shipping giant Maersk is undertaking a transformation that provides a prime example of the power of computing at the edge.

Gavin Laybourne, global CIO of Maersk’s APM Terminals business, is embracing cutting-edge technologies to accelerate and fortify the global supply chain, working with technology giants to implement edge computing, private 5G networks, and thousands of IoT devices at its terminals to elevate the efficiency, quality, and visibility of the container ships Maersk uses to transport cargo across the oceans.

Laybourne, who is based in The Hague, Netherlands, oversees 67 terminals, which collectively handle roughly 15 million containers shipped from thousands of ports. He joined Maersk three years ago from the oil and gas industry and since then has been overseeing public and private clouds, applying data analytics to all processes, and preparing for what he calls the next-generation “smartport” based on a switch to edge computing in real-time processing.

Bringing computing power to the edge enables data to be analyzed in near real-time — a necessity in the supply chain — and that is not possible with the cloud alone, he says.

Laybourne has been working closely with Microsoft on the evolving edge infrastructure, which will be key in many industries requiring fast access to data, such as industrial and manufacturing sectors. Some in his company focus on moving the containers. Laybourne is one who moves the electrons.

Digitizing the port of the future

Maersk’s move to edge computing follows a major cloud migration performed just a few years ago. Most enterprises that shift to the cloud are likely to stay there, but Laybourne predicts many industrial conglomerates and manufacturers will follow Maersk to the edge.

“Two to three years ago, we put everything on the cloud, but what we’re doing now is different,” Laybourne says. “The cloud, for me, is not the North Star. We must have the edge. We need real-time instruction sets for machines [container handling equipment at container terminals in ports] and then we’ll use cloud technologies where the data is not time-sensitive.”

Laybourne’s IT team is working with Microsoft to move cloud data to the edge, where containers are removed from ships by automated cranes and transferred to predefined locations in the port. To date, Laybourne and his team have migrated about 40% of APM Terminals’ cloud data to the edge, with a target to hit 80% by the end of 2023 at all operated terminals.

As Laybourne sees it, the move positions Maersk to capitalize on a forthcoming sea change for the global supply chain, one that will be fueled by enhanced data analytics, improved connectivity via 5G/6G private networks, and satellite connectivity and industry standards to enable the interoperability between ports.

As part of Maersk’s edge infrastructure, container contents can be examined by myriad IoT sensors immediately upon arrival at the terminals. RFIDs can also be checked in promptly and entered into the manifest before being moved robotically to their temporary locations. In some terminals, such operations are still performed by people, with cargo recorded on paper and data not accessible in the cloud for hours or longer, Laybourne says.

Cybersecurity, of course, is another major initiative for Maersk, as is data interoperability. Laybourne represents the company on the Digital Container Shipping Association committee, which is creating interoperability standards “because our customers don’t want to deal with paper. They want to have a digital experience,” he says.

The work to digitize is well under way. Maersk uses real-time digital tools such as Track & Trace and Container Status Notifications, APIs, and Terminal Alerts to keep customers informed about cargo. Automated cranes and robotics have removed most of the dangerous, manual work done in the past, and have improved the company’s sustainability and decarbonization efforts, Laybourne notes.

“Robotic automation has been in play in this industry for many years,” he says, adding that the pandemic has shifted the mindset of business-as-usual to upskilling laborers and making the supply chain far more efficient.

“We have automated assets such as cranes and berth and then there’s [the challenge of] how to make them more autonomous. After the pandemic, customers are now starting to reconfigure their supply chains,” he says, adding that autonomous, next-generation robotics is a key goal. “If you think of the energy crisis, the Ukraine situation, inflation, and more, companies are coming to a new view of business continuity and future sustainability compliance.”

Top vendors such as Microsoft and Amazon are looking at edge computing use cases for all industries, not just transport and logistics. According to IDC, more than 50% of new IT infrastructure will be deployed at the edge in 2023.

Gartner calls implementations like Maersk’s the “cloud-out edge” model. “It is not as much about moving from the cloud to edge as it is about bringing the cloud capabilities closer to the end users,” says Sid Nag, vice president and analyst at Gartner. “This also allows for a much more pervasive and distributed model.”

Next-gen connectivity and AI on deck

Maersk is also building private 5G networks at its terminals and recently demonstrated a blueprint of its plans at the Verizon Innovation Center in Boston. The ongoing work is among the first steps toward a breakthrough in connectivity and security, Laybourne maintains.

“It’s technology that opens up a lot more in terms of its connectivity, and in some of our terminals, where we have mission-critical systems platforms, the latency that 5G can offer is fantastic,” he says, noting that it will allow the cargo to “call home” data every 10 milliseconds as opposed to weeks. “But the real breakthrough on 5G and LTE is that I can secure my own spectrum. I own that port — nobody else. That’s the real breakthrough.”

Garnter’s Nag agrees that private 5G and edge computing provide meaningful synergies. “Private 5G can guarantee high-speed connectivity and low latencies needed in industries where use cases usually involve the deployment of hundreds of IoT devices, which then in turn require inter connectivity between each other,” Nag says.

For Maersk, installing IoT sensors and devices is also revolutionizing terminal operations. In the past, the cargo in containers had to be inspected and recorded on paper. Looking forward, Laybourne says, the process will all be automated and data will be digitized quickly.

His data science team, for example, has written algorithms for computer vision devices that are installed within the container to get around-the-clock electronic eyes on the cargo and identify and possibly prevent damage or spoilage.

Edge computing with IoT sensors that incorporate computer vision and AI will also give customers what they’ve longed for some time, and most pointedly during the pandemic: almost instant access to cargo data upon arrival, as well as automated repairs or fixes.

“It can then decide whether there’s an intervention needed, such as maintenance or repair, and that information is released to the customer,” the CIO says, adding that cameras and data collection devices will be installed throughout terminals to monitor for anything, be it theft, lost cargo, or potentially unsafe conditions.

Maersk has also been working with AI pioneer Databricks to develop algorithms to make its IoT devices and automated processes smarter. The company’s data scientists have built machine learning models in-house to improve safety and identify cargo. Data scientists will some day up the ante with advanced models to make all processes autonomous.

And this, Laybourne maintains, is the holy grail: changing the character of the company and the industry.

“We’ve been a company with a culture of configurators. So now we’ve become a culture of builders,” the digital leader says. “We’re building a lot of the software ourselves.

This is where the data scientists sit and work on machine learning algorithms.”

For example, his data scientists are working on advanced ML models to handle exceptions or variations in data. They are also working on advanced planning and forecasting algorithms that will have an unprecedented impact on efficiencies. “Traditionally, this industry thinks about the next day,” the CIO says. “What we’re looking at actually is the next week, or the next three weeks.”

The core mission won’t change. But everything else will, he notes.

“We’re still going to have the job of lifting a box from a vessel into something else. Are we going to have autonomous floating containers and underseas hyperloops? I don’t think so,” Laybourne says, claiming the container industry is well behind others in its digital transformation but that is changing at lightning-fast speed. “Loading and unloading will still be part of the operation. But the technologies we put around it and in it will change everything.”