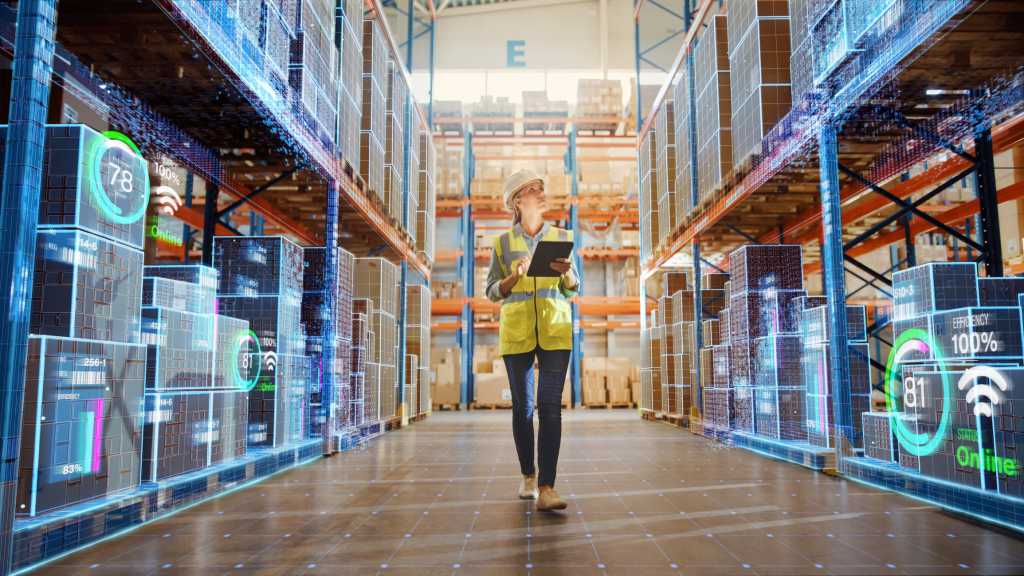 Efficient supply chain operations are increasingly vital to business success, and for many enterprise, IT is the answer.

With over 2,000 suppliers and 35,000 components, Kanpur-based Lohia Group was facing challenges in managing its vendors and streamlining its supply chain. The capital goods company, which has been in textiles and flexible packaging for more than three decades, is a major supplier of end-to-end machinery for flexible woven (polypropylene and high-density polyethylene) packaging industry.

“In the absence of an integrated system, there was no control on vendor supply, which led to an increased and unbalanced inventory,” says Jagdip Kumar, CIO of Lohia. “There was also a mismatch between availability of stock and customer deliveries. At the warehouse level, we had no visibility with respect to what inventory we had and where it was located.”

Those issues were compounded by the fact that the lead time for certain components required to fulfill customer orders ranges from four to eight months. With such long component delivery cycles, client requirements often change. “The customer would want a different model of the machine, which required different components. As we used Excel and email, we were unable to quickly make course correction,” Kumar says.

Moreover, roughly 35% of the components involved in each customer order are customized based on the customer’s specific requirements. Long lead times and a lack of visibility at the supplier’s end meant procurement planning for these components was challenging, he says, adding that, in the absence of any ability to forecast demand, Lohia was often saddled with disbalanced (either extra or less) inventory.

The solution? Better IT.

To manage its inventory and create a win-win situation for the company and its suppliers, Kumar opted to implement a vendor management solution.

“The solution was conceptualized with the goal of removing the manual effort required during the procurement process by automating most of the tasks of the company and the supplier while providing the updates that the former needed,” says Kumar.

“We roped in KPMG to develop the vendor portal for us on this SAP platform, which is developed on SAP BTP (Business Technology Platform), a business-centric, open, and unified platform for the entire SAP ecosystem,” he says.

With the new deployment, the company now knows the changes happening in real-time, be it the non-availability of material or a customer not making the payment or wanting to delay delivery of their ordered machine. “All these changes now get communicated to the vendors who prepone or postpone accordingly. Armed with complete visibility, we were able to reduce our inventory by 10%, which resulted in cost savings of around ₹ 200 million,” says Kumar.

The vendor portal has also automated several tasks such as schedule generation and gate entry, which have led to increases in productivity and efficiency.

“The schedules are now automatically generated through MRP [material requirement planning] giving visibility to our suppliers for the next three to four months, which helps them to plan their raw material requirements in advance and provide us timely material,” Kumar says. The result is a material shortage reduction of 15% and a 1.5X increase in productivity. “It has also helped us to give more firm commitments to our customers and our customers delivery has improved significantly, increasing customer trust,” he says.

“Earlier there was always a crowd at the gate as the entry of each truck took 10-15 minutes. The new solution automatically picks up the consignment details when the vendor ships it. At the gate, only the barcode is scanned, and truck entry is allowed entry. With 100 trucks coming in every day, we now save 200-300 minutes of precious time daily,” he says.

Kumar’s in-house development team worked in tandem with KPMG to build custom capabilities on the platform, such as automatic scheduling and FIFO (first in, first out) inventory valuation.

To ensure suppliers would adopt the solution, Lohia deployed its own team at each vendors’ premises for two to three days to teach them how to use the portal.

“We showcased the benefits that they could gain over the next two to three months by using the solution,” Kumar says. “We have been able to onboard 200 suppliers, who provide 80% of the components, on this portal. We may touch 90-95% by the end of this year.”

At the company’s central warehouse in Kanpur, Kumar faced traceability issues related to its spare parts business. Also, stock was spread across multiple locations and most processes were manual, leading to inefficient and inaccurate spare parts dispatches.

“There were instances when a customer asked for 100 parts, and we supplied only 90 parts. There were also cases wherein a customer had asked for two different parts in different quantities, and we dispatched the entire quantity comprising only one part,” says Kumar. “Then there was the issue of preference. As we take all the payment upfront from our customers, our preference is to supply the spare part on a ‘first come first serve’ basis. However, there could be another customer whose factory was down because he was awaiting a part. We could not prioritize that customer’s delivery over others.”

That the contract workers were not literate, and the company had too much dependency on their experience was another bottleneck.

To overcome these problems, and to integrate its supply chain logistics with its warehouse and distribution processes, Lohia partnered with KPMG to deploy SAP EWM application on the cloud.

To achieve traceability, Kumar barcoded Lohia’s entire stock. “We now get a list from the system on the dispatchable order and its sequence. Earlier there was a lot of time wastage, as we didn’t know which part was kept in which portion of the warehouse. Employees no longer take the zig-zag path as the new solution provides the complete path and the sequence in which they must go and pick up the material,” Kumar says.

Kumar also implemented aATP (Advanced Available-to-Promise), which provides a response to order fulfilment inquiries in Sales and Production Planning. This feature within the EWM solution provides a check based on the present stock situation and any planned or anticipated stock receipts.

“The outcome was as per the expectations. There was improved inventory visibility across the warehouse as well as in-transit stock. The EWM dashboard helped warehouse supervisor to have controls on inbound, outbound, stocks overview, resource management, and physical inventory,” says Kumar.

“Earlier one person used to complete only 30 to 32 parts in a day but after this implementation, the same person dispatches 47 to 48 parts in a day, which is a significant jump of 50% in productivity. The entire process has become 100% accurate with no wrong supply. If there is short supply, it is known to us in advance. There is also a 25% reduction in overall turnaround time in inbound and outbound processes,” he adds.