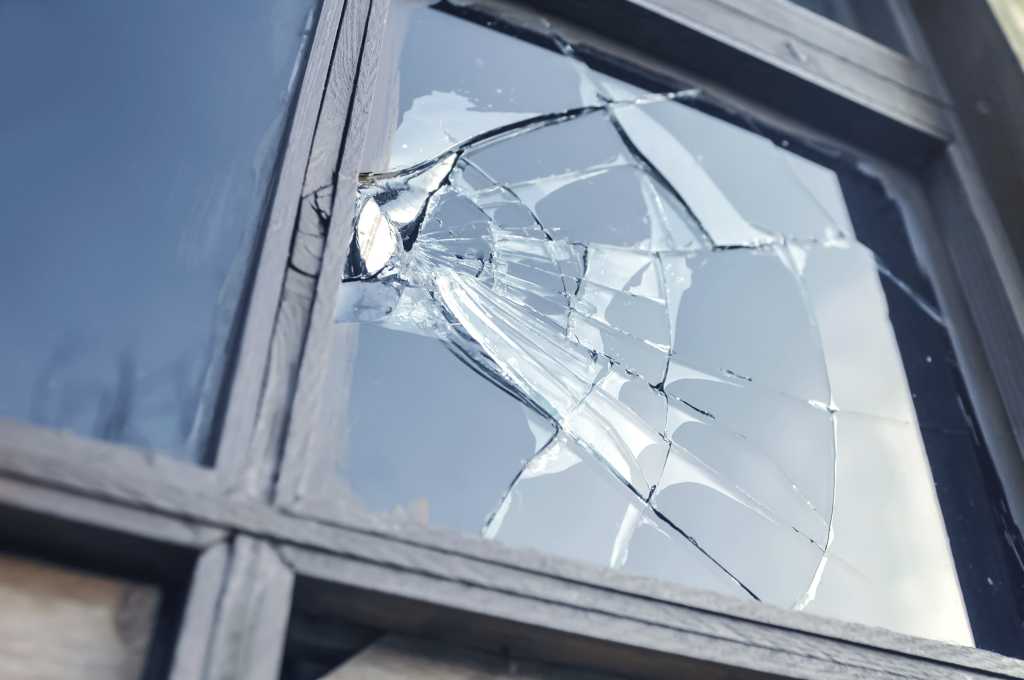 CIOs supporting a hybrid mix of in-office and remote workers, and those who float between, need to implement new tools and strategies to get it right. But they will also need to change how they think about hybrid work, which analyst firm Forrester characterizes as “messy” even as it says 51% of organizations are moving in this direction.

Hybrid work is often thought of in terms of location, according to a November Gartner report. “If leaders focus on location alone, they’ll miss much larger benefits … including flexible experiences, intentional collaboration, and empathy-based management,’’ the report cautions.

Adopting a flexible, human-centric approach that puts people at the center of work will lead to better employee performance, lower fatigue, and intent to stay, according to the firm.

“Even if skeptical leaders are less concerned about fatigue and retention of talent in today’s tight economic climate, they care about performance,” says Graham Waller, a distinguished vice president analyst at Gartner. “Leaders too often are making future of work decisions based on instincts and feelings today. This can be a big mistake as the way we used to work won’t anymore.”

Unfortunately, when it comes to supporting hybrid workforces and anticipating how organizations will conduct work in the future, CIOs will likely make a number of mistakes before they successfully facilitate the optimal workplace for their organizations in 2023 and beyond. Here are the most likely culprits.

Remote work caused a great deal of Zoom fatigue in 2022, driven by factors such as a lack of manager coaching on how to connect with teams remotely, says Rebecca Wettemann, principal at tech analyst firm Valoir Research, not to mention the exhaustion and burn out of channeling employees’ every interaction through a screen.

But as employees have come back to the office anticipating the benefits of in-person interactions, many have been disappointed, thanks to an organization not fully prepared for their arrival, she says, despite, in many cases, mandates to do so.

“The biggest tech fail was expecting folks to come back to the office without sophisticated scheduling for knowledge workers, who found themselves commuting to the office to find there was no one there they needed/wanted to see,’’ Wettemann says.

Moving forward, leaders need to include “more presence monitoring and prediction so when people do come to the office they can meet with teams in person,’’ she says. They should also incorporate “a more data-driven approach to scheduling that ensures hybrid work supports diversity, equity, and inclusion, and a more line-of-work focused collaboration strategy rather than a one-size-fits-all-job functions approach,’’ Wettemann says.

Kim Huffman, CIO of global travel expense management platform TripActions, learned firsthand that not having a framework for what the return to the office would look like meant employees did not get the benefits of the in-person experience.

“Things get messy … when you don’t have any structure around the return to work,’’ she says, adding that having no formal construct for returning to the office was a “lesson learned’’ for her and other TripActions company leaders, and since then, “we’ve organized ourselves a little bit better.”

Eroding the culture of trust and connectedness

Productivity questions were one “bubbling point of tension” Huffman encountered as part of TripActions’ return-to-office experience. On the one hand, workers who came back to the office felt like they were not as productive, while the people leading teams felt the same about people working remotely, Huffman says.

“It has exacerbated this phenomenon of what really is driving productivity: Is it being in the office or being at home?’’ she says. “There are varying points of view that are being hotly contested across tech companies in the Bay Area right now, and it’s going to be a very interesting journey to watch over the course of the next two quarters.”

Because some people have come back to the office, Huffman believes there is still a stubborn perception that the ones who don’t come back are not as productive. IT leaders need to anticipate this tension and get ahead of it, to ensure not only that employees can remain productive wherever they are but that the organization’s culture of trust doesn’t deteriorate.

Here, the key is ensuring a culture of connectedness, Gartner contends. “IT leaders and employees … overwhelmingly feel that culture connectedness is primarily driven by day-to-day work interactions, and not from being in the office,” according to the firm, which found that 58% of IT workers strongly believe that meaningful connections are based on day-to-day interactions, not where they are located, with only 21% of IT workers agreeing that connectedness is driven by being in the office.

Failing to level the playing field

With hybrid meetings on the rise, there’s a delicate balance to maintain between how your organization serves participants attending meetings in person and those who attend remotely.

University of Phoenix CIO Jamie Smith, for example, has seen that hybrid meetings have “deepened the chasm” between people who have been coming into the office and those who have remained remote. “We found people on the remote end felt they were less than … because they didn’t have the option to come into Phoenix,’’ he says.

To counteract that, for every meeting with an in-person option, leaders will now do a second purely remote meeting “so everyone feels they’re on the same playing field,’’ he says.

The university uses Zoom, Slack, and Microsoft Teams, but plans to deepen its use of whiteboard technology with a tool called Miro that “feels like you’re collaborating in the same room,’’ Smith says.

Smith’s IT team is always looking for tools to help the university’s employees be asynchronous, he adds, given that they now have employees in more time zones. This means “just having to live with those realities where we didn’t before,’’ which has “forced us in this asynchronous mode,” he says.

And it’s not just the employee experience that can be hindered by poorly conceived hybrid strategies. Innovation efforts can also falter when collaboration experiences are uneven.

Early on in hybrid work at consumer finance company Synchrony, CIO Bess Healy says she and other company leaders “quickly learned that hybrid innovation requires a different level of facilitation to succeed.”

Events that had previously been all day in person felt draining to team members on video, Healy says, “so we split them up over multiple days. When we competed in events like hackathons, team members missed the camaraderie of eating together at all hours of the night, so we replicated that with meal credits wherever they are.”

Company leaders also put a higher emphasis on “planned fun” by playing games in person and taking a “brain break during an ideation event.”

“Three years in, these changes have brought more people into our innovation teams than ever before, inspiring new ideas in metaverse, payments, customer experience, and more,’’ Healy says.

Not reimagining the office to fit the new hybrid paradigm

It’s important to give people an incentive to want to come back into an office and be together. One approach some organizations are taking is to design office spaces differently instead of just rows of desks or cubicles.

“One of our offices is new and we’re trying to build space where there’s room for conversations and groups to get together, not just all desks,’’ says Huffman. Leaders should make it a priority to reimagine office layouts this year, she says.

Being slow to experiment with future tech

Virtual reality is one technology that could have an impact on the future of work, and some IT leaders are considering the benefits.

Oculus headsets from Meta, for example, are being rolled out on a trial basis at the University of Phoenix, which has made the decision to go fully remote. This was a big mindset change for Smith, who felt pre-pandemic that “face-to-face collaboration was better and high fidelity for creativity purposes,’’ he says. “Then, when everything shifted to full-time remote, it went against my core beliefs, so personally, I had to lean in.”

Smith has come to realize that staying remote has not affected IT’s ability to collaborate and teams have been able to remain productive and launch “complex new products into the marketplace.” He says that working remotely has increased his ability to access tech talent outside of the Phoenix area.

But when people were working in a hybrid model early on, there would be multiple conversations going on, and “people on the remote end were getting the short end of the stick” because they “couldn’t get a word in edgewise,’’ Smith recalls.

So he hired his first audio engineer who revamped the majority of the university’s meeting technology. The Oculus headsets are being tested by some teams in their daily standup design sessions to see whether they will help the teams work better. The idea is to understand whether “tools get in the way or do they help?’’ he says. “A lot of [collaboration] technologies are still pretty early in terms of capabilities.”

Some initial feedback is that using a physical keyboard in the headset is problematic, but Smith says the experiment will continue in early 2023. “The expense isn’t that much but the question is, Is it a toy or something that fundamentally changes the [remote work] experience?”

Not bringing IT to bear on the office of the future

In addition to rethinking the office and having a sound return-to-office strategy, IT leaders would be wise to invest in technologies tailored to facilitate better hybrid work experiences.

At audio electronics company Shure, leaders have “spent a significant amount of time listening to our employees about hybrid work” and subsequently developed a plan called “WorkPlace Now” based on what they learned, says Robin Hamerlinck Lane, senior vice president and CIO.

Employees are free to choose a hybrid work model, and Hamerlinck Lane says company officials have made adjustments for the future workforce by providing different tools for them to adapt.

For example, “we moved to flexible seating in our global offices, so hybrid workers could still have a space to work when they came into the office. With the iOffice app, employees can reserve their workspaces in advance or when they arrive,’’ she says.

IT has developed a ticket system where employees who work remotely can request a remote kit that includes tools to be able to work effectively outside of the office and still remain connected to others, she says.

In 2023, IT will roll out Teams in more conference rooms. “We are especially interested in leveraging camera views and panels that provide equality in our meeting experiences between offsite and onsite associates,’’ Hamerlinck Lane says.

Hybrid work is here to stay, and this also requires looking at adding new layers of security, she says. IT is also thinking about the company’s telecom needs long-term. “Associates have migrated to mobile and/or IP-based telephony, and so we need to look at evolving the traditional desk phone,” she says.

Underestimating the power of low-code/no code

Among several IT initiatives for Shure in 2023 will be prioritizing citizen development with low-code/no-code, Hamerlinck Lane says. Another is building a platform on AWS to enable the company’s development teams as software is migrated to the cloud and to support IoT products. Shure is also investing in Office 365.

“Our entire data program is built to enable data and end-user tools to allow end-user empowerment.”

“We’ll enable and encourage our organization to develop their own apps by building a community approach to learning and support,” she says.

And what better way to foster the future of work than to empower employees to improve work processes themselves.