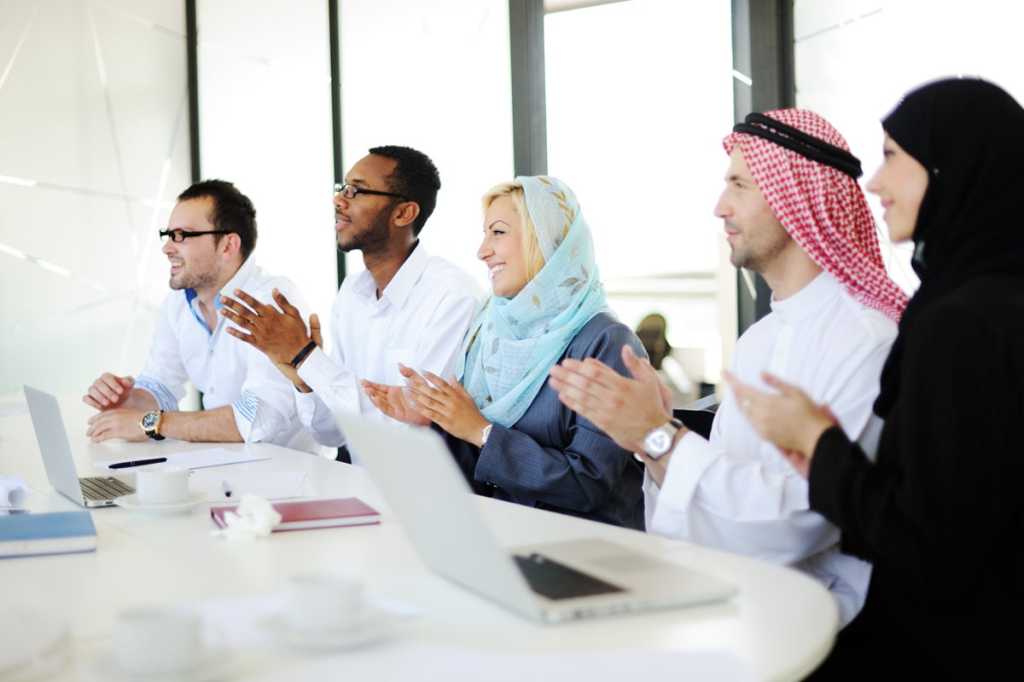 The pandemic has led many organizations in the Middle East to shift towards a digital-first strategy. According to IDC’s group vice president and regional managing director for the Middle East, Turkey, and Africa, Jyoti Lalchandani: “This means choosing digitalization options over non-digital options as a rule while implementing or enhancing new products, services, channels, customer/employee experiences, or operational processes.”

While many organizations in the Middle East region already had a digital-first strategy before the pandemic, over 40% of the CIOs of medium and large organizations IDC surveyed over the last month say they have shifted towards being “digital-first” because of the pandemic. A quarter of the respondents say they are now extending the digital-first strategies developed during the pandemic.
The Middle East is on the edge of a massive digital disruption. Companies and governments are aware of the benefits of new technologies and digitization: optimizing costs and operating resources, ensuring customer satisfaction, attracting new customers, and gaining a competitive advantage through digital adoption.

GCC countries are increasingly looking to invest in Digital. Saudi Arabia has created its Saudi Vision 2030 program and the United Arab Emirates is driving initiatives through its UAE Digital Government Strategy 2025.
UAE’s program aims to double the contribution of the digital economy to the country’s GDP from 9.7% to 19.4% over the next 10 years, and the strategy is already bearing fruit.

Jyoti Lalchandani highlights the flagship giga projects in Saudi such as NEOM, the Red Sea Project, AMAALA, and Ad Diriyah that will drive significant technology spending in 2023 and beyond as the Kingdom builds greenfield digital infrastructure and platforms, leveraging advanced technologies like AI/ML, IoT, edge, and 5G to create innovative use cases.

At the same time, as organizations across the region become more digitally mature, they must transition from enabling digital transformation to running a digital business. This requires them to derive a larger share of revenues from digital products, services, channels, and platforms, something that is now a priority for 50% of the Middle East CIOs surveyed by IDC.

“As their organizations make this transition over the coming 12-18 months, CIOs will be increasingly challenged to accelerate the digitalization of operations (process automation, reengineering, and productivity improvements) and deliver insights at scale across the organization by building capabilities in data and enterprise intelligence,” adds Lalchandani.

IDC says we can expect to see a considerable jump in interest around the metaverse over the course of 2023, IDC research shows that only 2% of CIOs in the Middle East currently have a commercial use for the metaverse, 20% of them are planning to develop one in the next 12 months.

LEAP and Gitex: Must-attend events in the region

LEAP is Saudi Arabia’s global tech event focused on bringing together leading tech corporations to inspire the next generation of start-ups and venture capitalists.
The first edition of the conference was held in February last year and attracted more than 100,000 visitors. This will be the second edition of the technology conference which has been launched with the theme of ‘Into New Worlds’. LEAP 2023 will be held from February 6-9 in Riyadh Front Expo Centre, Saudi Arabia.

During Gitex week, Dubai was the stage for Chinese company XPeng’s flying car to make its first public trip. Also last year at Gitex and Gisec (Gitex event focused on cybersecurity) the topic of women in IT came to the fore, with a full-day panel exploring initiatives to close the gender gap in technology. In terms of cybersecurity, much discussion was about how to increase the percentage of women in cybersecurity roles over the last decade, women make up only 25% of the global cybersecurity workforce, according to the latest (ISC)² Cybersecurity Workforce Study.

“Nowadays, only 25% of women are studying computer science. In 1985 that percentage was 37%. We are attracting fewer women to come to the university,” said Inass Farouk, marketing director at Microsoft UAE during the conference. At the same time, women are so underrepresented, the cybersecurity is woefully short of staff; (ISC)2 estimates that the cybersecurity industry urgently needs 2.5 million professionals.
This year, Gitex will take place from October 16-20, and for the first time in the MEA region, Morocco will host the Gitex Africa edition in June.

What will CIOs in the region be focusing on and why?

Cloud is undoubtedly becoming the de facto operating platform for digital business, and we can expect to see a greater number of CIOs across the region move beyond the initial stages of cloud adoption to focus more on the broader implementation of business apps in the cloud.

Hybrid multi-clouds will become the norm in 2023, with spending on both public and private clouds continuing to increase, and application modernization will accelerate as organizations look to transform their app estates leveraging the cloud, according to IDC’s Jyoti Lalchandani.

Sustainability will be another key theme throughout the year, with around one-third of the Middle East CIOs surveyed by IDC having already started the data discovery process to identify the internal systems that house the key data required to drive sustainability initiatives. This year COP28, the 28th session of the Conference of Parties will be held at Dubai Expo City from November 30 to December 12 to discuss and find solutions for climate change.