Windows 10 S looks like the mainstream future of the platform

Windows 10 S isn't right for every environment, but the benefits it offers position it well to become Microsoft's mainstream version.
By Ross Rubin May 24, 2017
Tech Touchpoints

Commentary on consumer brand interaction on smartphones with an eye on the shift from apps to bots.
By Ross Rubin May 1, 2017 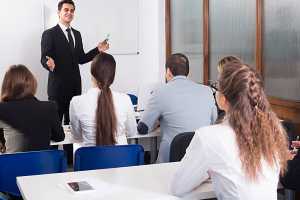 Lower cost, course variety, schedule flexibility and the optional endorsement of top universities are among the forces driving the wave of online technical education. However, spotty feedback from teachers and follow-through from students can compromise the experience.
By Ross Rubin April 26, 2017

Facebook’s war on Snap borrows from its Twitter playbook

Snap's successful IPO has only caused Facebook to turn up the heat on the ephemeral messaging company. In doing so, the leading social network is employing tactics similar to those used against Twitter.
By Ross Rubin April 13, 2017